Why Germany Needs Fewer Economists, More Stylists | News and current affairs from Germany and around the world | DW | 15.12.2006

In addition to their lawmaking duties, German politicians may soon have to start working as fashion consultants. Apparently, Germany could solve its economic problems if the unemployed would only get a sense of style. 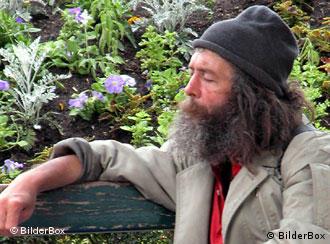 If you want a job, the beard will simply have to go!

Politics and fashion go hand in hand. During her rise to power, German Chancellor Angela Merkel walked that thorny path that a somber but stern taskmistress has to walk if she is to become a fearsome, opera-attending powerfrau. Along the way, she had her ups and downs, which for a long time translated to moderately good, bad and extremely bad hair days. 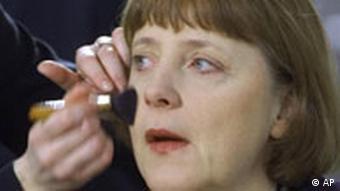 Angela Merkel worked hard to get her image right

In the end, however, Merkel seems to have found her personal, fashion nirvana in the no-thrills, tailored suits that exude Western confidence and Confucian poise. German fashion designer Wolfgang Joop even dedicated a line of clothing to the German chancellor, inspired by what he called "clear and steely strength in Angela Merkel's eyes."

Politicians -- including Merkel's coalition partner Kurt Beck, head of the Social Democratic Party (SPD) -- know all that. In many ways, fashion does make a man -- or the woman. Yet, until recently, very few politicians would have dared to suggest that Germany's army of unemployed citizens can't find a job simply because they have no sense of style. After all, Germany's economy is usually not thought of as a large-scale Milan runway.

And -- despite what some easy-going US American tourists feel when they are denied entry to a German disco because of their recognizable sneakers and khaki cargo shorts -- fashion police is not an institution officially funded by the German government. Policing fashion is what self-censoring Germans do for fun.

Time to wash up

The SPD's Beck recently unleashed his inner fashion policeman during a visit to a Christmas market in Wiesbaden. A reportedly tipsy Henrico Frank -- a long-haired fan of facial piercing and the unshaven, scruffy look -- approached Beck to vent some frustration. 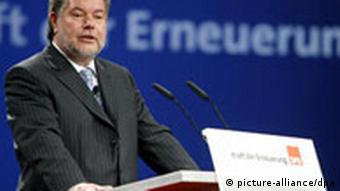 Nobody ever complained about Kurt Beck's beard

"You are responsible for Hartz IV," Frank said, referring to the unpopular set of German labor law reforms. "And I am unemployed!"

What was Beck to do? As a Social Democrat, he had to show that he was close to the people. He couldn't really blame the previous government because he was a part of it. He couldn't hold Frank's hand, get teary-eyed and say how sorry he was, because that would mean admitting defeat. So he decided to give the unemployed of this country some hope.

"If you take a shower and shave, you'll have a job in three weeks," Beck said.

To be perfectly honest, Beck himself is not exactly the best-shaven man on the German political scene. Yet his bohemian stubble clearly did not prevent his rise to power. 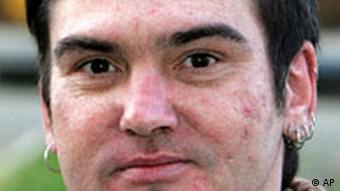 The beard is gone, but the earrings stayed: Henrico Frank

Henrico Frank however, in deference to Beck's age, experience and impeccable CV, did exactly what he was told. The 37-year-old went out and got himself a makeover. Then, he called a press conference and presented his new, clean-shaven look on Thursday. And -- probably to the horror of Beck -- the clock started ticking. Will he really have a job in three weeks?

This is the stuff that reality-TV docusoaps are made of. In 2004, one such show -- "The Swan: Finally Beautiful" captivated the imagination of the more depressed portion of Germany's TV viewers.

One can only hope that somebody will come up with the idea of a makeover show in which high-ranking politicians sponsor unemployed candidates and help them get a job. Imagine getting mascara-applying tips from Angela Merkel or dieting advice from Germany's former Foreign Minister Joschka Fischer! Who could possibly fail at a job interview with the help of such stylists?

Germany is certainly facing serious problems, but it's also important not to forget to laugh once in a while. Read up on a selection on recent articles about funny events in Germany. (08.12.2006)

Angela Merkel's new fashion sense has proved so inspirational to designer Wolfgang Joop, he's dedicated a line from his new fall/winter collection to the German chancellor. Her trademark style? "Strong and fearless." (03.04.2006)

Angela Merkel has come a long way from fashion fiasco to chic chancellor. But at least one controversial designer seems to think there's still room for improvement. (31.01.2006)