New Zealand-born musician Hayden Chisholm toured Germany to learn about its rich folk music tradition - and why the Germans have a problem with it. His back-to-the-roots journey was captured in a new documentary. 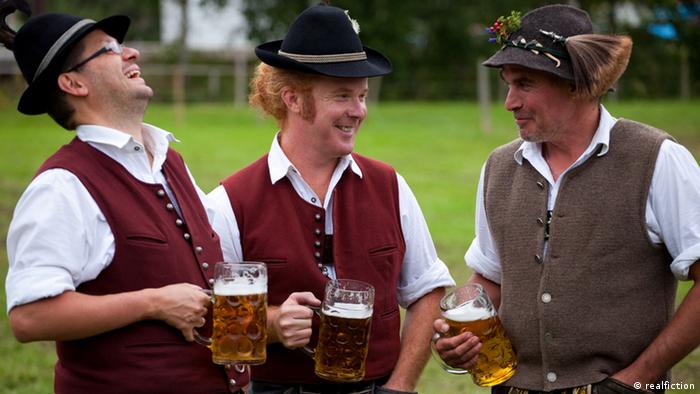 "Sound of Heimat," a documentary by Arne Birkenstock and Jan Tengeler, follows Hayden Chisholm on his discovery of Germany folk music. It is now playing in German cinemas.

DW: Mr Birkenstock, in your film, Hayden Chisholm discovers authentic folk music and asks himself why the Germans have a problem with it. But what most Germans refer to as folk music is actually Schlager [German folk pop], right?

Arne Birkenstock: That's right. Television shows and Carnival parties and Mallorca beach parties on TV present popular folksy music. But that's not folk music. Folk music has regional roots that draw on influences from all over. Traditional Alpine folk music includes dances from other places, like the polka and the Rheinländer. Young Bavarian brass ensembles incorporate sounds from the Balkans, and traditional songs from Cologne have influences from all over the world. Folk music isn't static - it's constantly developing.

Hayden Chisholm: The film is about exactly this kind of melting post - about real world music. That's why in one scene I play the [German] folk song "Morgen muss ich fort von hier" on a bagpipe.

[Eds: Click on the link below to listen to the German folk song "Morgen muss ich fort von hier" performed by the 1930s male vocal ensemble Comedian Harmonists. The song can also be heard at the beginning of the film trailer.] 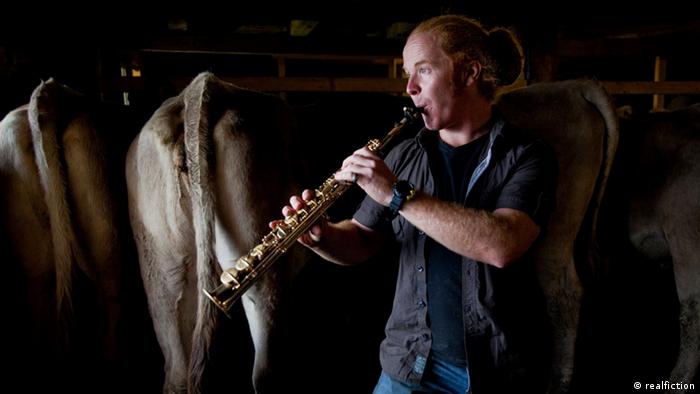 How did you come up with the idea of presenting the film from the perspective of a foreigner?

Arne Birkenstock: We had the idea for the film back in 2005, but the decisive inspiration for the approach came from the documentary film "Full Metal Village" by Cho Sung-Hyung. It's mainly about a heavy metal festival, but essentially it's a funny and affectionately told regional film about a village in Schleswig-Holstein and somehow about Germany in general, too.

The director lives here in Germany, but as a native Korean, she brings a completely different perspective. My co-author, Jan Tengeler, and I knew that we had to incorporate a foreigner who was doing research here. Hayden was the perfect candidate; he has always been looking for original music. He's curious, is open to everything, and doesn't have barriers in his head - which we Germans sometimes have about our own folk music.

Not every country has so many problems with its own folk music.

Arne Birkenstock: Being at odds with oneself is typically German. There aren't so many countries that deal with their own past as mercilessly as the Germans. At the wedding of an English friend, I told some people about the film project, and the Brits said, "Why don't you guys just stop talking about World War II; it's been over for a long time. Just sing, you idiots!"

Hayden Chisholm: Germans tend to look inwardly, to the soul. They like to analyze, and want to know why this or that happened. In many other countries, people hardly deal with the past at all, which I think is problematic. Many romantic texts in German folk music run very deep; that's one of the most beautiful things about these types of songs.

German trailer for the film "Sound of Heimat"

Did you have any idea about this problematic before starting the film?

Hayden Chisholm: I studied at the conservatory in Cologne, but didn't learn much about folk music, which was a great resource for many classical composers. It wasn't until later, when I was abroad in Europe, that I starting wondering what was wrong with Germany and why the people had problems with their folk music.

Did the film crew have any reservations about working with the folk musicians?

Arne Birkenstock: Not at all. But that's also because all three of us are musicians. And Cologne, where Hayden has lived, has a special status among Germany's big cities because it has a huge canon of folk songs that everyone knows, regardless of age, class or education, and they're not only sung during the Carnival season.

Hayden Chisholm: In the film, everyone sings and plays freely without inhibitions. Here in Cologne, and for many of the musicians in the film, singing traditional songs has a kind of healing power. People need that, especially in difficult times. I think these days people are freer with the German language than they were in the 1970s or 1980s. 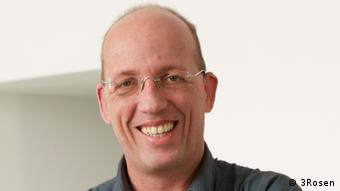 Director Arne Birkenstock says his audiences sing along with the film

Arne Birkenstock: That's right. We called the film "Sound of Heimat" because the very term "folk music" has a negative connotation in Germany. Here, there are so many people who play traditional music from the bottom of their hearts without it sounding too folksy. But the term is still loaded, which has to do with the Nazi past and, more recently, also with silly TV shows like Musikantenstadl.

[Eds: The German word Heimat means "home" - not the house you live in, but the place you come from.]

How has the audience responded to the film?

Arne Birkenstock: In most cinemas, people sing along and there is often applause at the end. We get enthusiastic responses from people we don't even know. I think it's not just a nice film, but also expresses a longing that many people have that they're not even aware of. When people cry, laugh and sing in the cinema - a director can't ask for more.

This year, Turkey was the guest of honor in Beethoven's city of birth - and there was a lot more on offer than just classical music. Baba Zula hypnotized the audience with their avantgarde take on Turkish music. (10.10.2012)

A phenomenal 250 million records in 50 years - only the Beatles have achieved that. They released their first single on October 5, 1962. Soon enough they were world superstars. The dream began in Germany. (04.10.2012)

They are the best young musicians in Turkey. The Turkish National Youth Orchestra is a springboard for emerging talent. Now the young performers are stepping into the spotlight at the Beethovenfest in Bonn. (19.09.2012)