Rastafarians from around the world have been settling in Ethiopia for the last 50 years, after being given land by Emperor Haile Selassie. Today, life in "the promised land" is far from the paradise they had imagined. 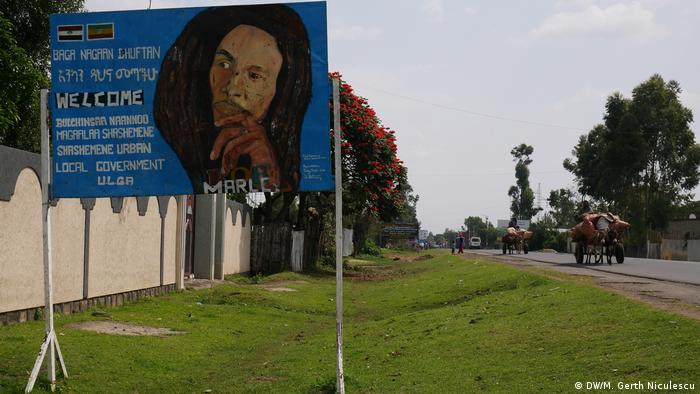 A purple tint covers the evening sky over Shashamane, home to Ethiopia's remaining Rastafarians. Inside the house of the Ethiopian World Federation (EWF), a few Rastafarians are watching a documentary about how science is threatening people of color. "Yeah, that's right," they mutter now and then. In the front row, Ras Paul, wearing a red, yellow and green beanie, is in charge of the projector.

Initially, "the EWF [was] a black organization, not a Rastafarian one," said Ras Paul, the only employee of the place. The federation was launched in the US in the 1930s to support Ethiopia during the Italian invasion and to promote black unity. After World War II, Ethiopia's Emperor Haile Selassie granted 200 hectares of land to descendants of slaves who wished to find a home on the continent. The EWF was to administer and attribute the land in Shashamane. "We can only gain political power if we become self-sufficient and rule ourselves, and the only way we [people of color] can do that, is to return home to Africa," Ras Paul explained. 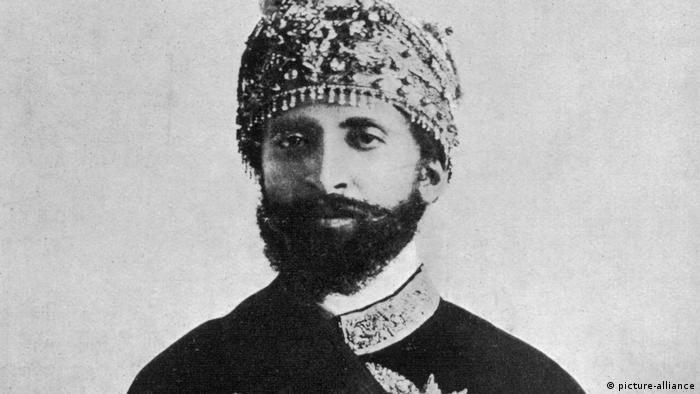 Whereas the Rastafarians were not the only ones being targeted by Selassie's land donation, they ended up being the vast majority to undertake the journey from Jamaica and other countries to Ethiopia. Haile Selassie was widely viewed by Rastafarians as the Messiah who would one day bring them back to Africa. This belief added a strong religious component to the repatriation movement. It was encouraged by Selassie himself, who visited Jamaica in 1966 and urged the Rastafarians to move to Shashamane.

"The land grant was originally corporate land, but the Rastafarians spiritualized it," Ras Paul said in a British accent. He arrived in Ethiopia from the UK 20 years ago. "Religiously speaking, we were enslaved by the Roman Catholic Church and the Protestant Church. We learnt that for most world religions, you can find their foundations inside of Africa."

Rastafarian belief is founded on an interpretation of the Old Testament. "The Bible was the only thing we were given to read as slaves; we see Ethiopia in the Bible and we identify with that. We can also identify with the story of Israelis going into Egypt and being slaves for 400 years," said Ras Paul. But for the Rastafarians, the Holy Land is in Ethiopia. In Ras Paul's office, the thin face of Haile Selassie gazes down from every wall. Rastas see him as the true reincarnation of the Christ, in accordance with biblical prophecy.

A first influx of Rastafarians into Shashamane took place during the late 60s and the mid-70s. A second wave arrived from Jamaica in the early 1990s, after the Ethiopian Civil War. Nowadays, a discrepancy persists between the ones who were here "from the beginning" and those who made the journey in recent decades.

The older generation prefers not to talk about their past which they describe as a traumatic experience. But for those who settled over 50 years ago, the newcomers had it easy here and don't have the legitimacy to speak in the name of the community. 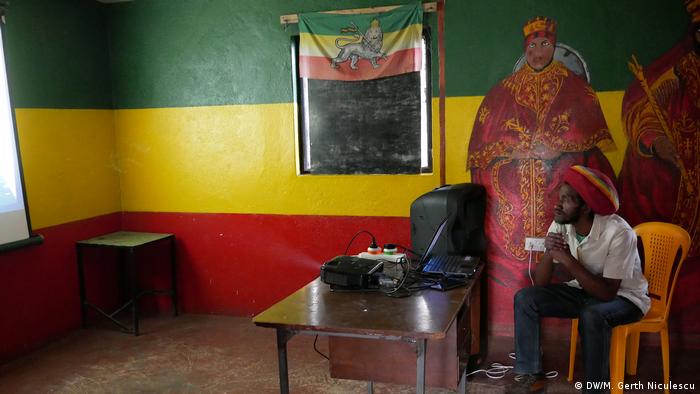 Ras Paul, who left the UK for Ethiopia 20 years ago, believes Ethiopia is the Holy Land

"For many decades, they've held the political power within our community because they have some legitimacy, and for many years they were the only legitimate ones," Ras Paul recalled. "So you find there will be a clash in that way: I've personally witnessed this." The tall Rasta-man regrets that his community is to some extent "dysfunctional."

Internal squabbles, economic struggles and the difficulty of integrating with the local Ethiopian community have led many Rastafarians to leave town, either to find work in the capital Addis Ababa, or to move to another country. Only about 200 still live in Shashamane. In the late 90s, they numbered approximately 2,000.

Recently, the Ethiopian government started the allocation of national residence cards to Rastafarians who have been living in the country for over 10 years. This was an important step, not only because it gave them the right to legally live in Ethiopia, but also because it stopped the payments "illegal residents" had to make in order to be able to travel outside Ethiopia. According to Ras Paul, "Now it's their chance to travel, see their families, they can come back when they want to... I'd say about a third of the population is out of the country now."

The allocation of the residence permit, which gives Rastafarians the status of "Foreign National of Ethiopian Origin”, was celebrated as a major step towards the community's recognition and integration. They now have the right to work and can legally send their children to school. But it is not enough for some. "I consider myself to be an Ethiopian returned home, and I have no desire to leave this country to live anywhere else," Ras Kawintesseb, who born in Trinidad and Tobago, said. Most of Ethiopia's Rastafari community made the long trip from the Carribean to Africa, as this map by Ras Kawintesseb shows

"It makes sense to me that I get to become an Ethiopian citizen. I'm not satisfied with being a foreign national, so I've applied for my Ethiopian citizenship," the Rastafarian who landed in Addis Ababa 23 years ago added. Married to an Ethiopian, Ras Kawintesseb is in touch with the Ethiopian community through his family and his multi-lingual music. But that's not the case for all Rastafarians in Shashamane: some are afraid that Ethiopians want to take their land away; others haven't had the chance to learn Amharic or adapt to the Ethiopian culture.

Ras Paul says he wishes to mingle more with Ethiopians. "But here it's very tense, because of the political problems of the country and the political emphasis on the land grant. There is big tension here, attacks on Rastafarians, seizing of Rastafarian land… Most of us have a story of a house being burgled, especially on his Imperial Majesty's birthday. On our most holy days they target us," he exclaimed, aggrieved. Others disagree and say that Ethiopians appreciate the Rastafarians and are flattered that their country is seen as the Holy Land.

Over the years, some European Rastafarians have also settled in Shashamane, adding an element of complexity to the interpretation of the movement. "Some of them are much more learned than most of the Caribbeans. Rastafarian brothers and sisters are from all nations, from around the world!" assured Ras Paul. Although when it comes to the land grant, he is categorical. 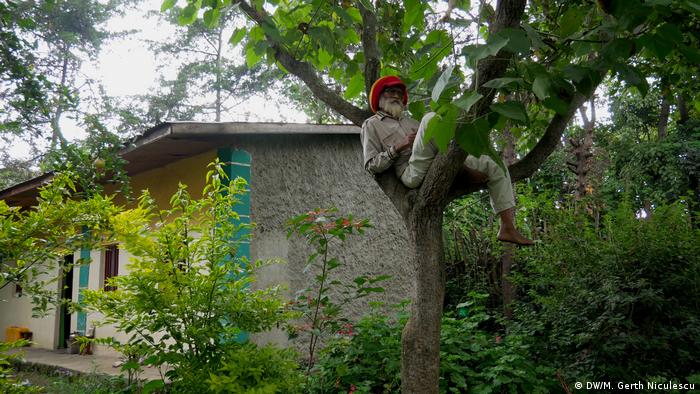 "What is their position on repatriation? What is their position on reparations? If a group of people have had something done to them over a period of 500 years, those people need repair. If you're talking about going from one country to the next, to inhabit land that was given [for a specific purpose], nobody should have the right to take it away," Ras Paul said angrily. "We've had Europeans come on this land grant, take the land and sell it to other Europeans. That is colonialism," he said.

It was precisely to flee colonialism in all its forms that the Rastafarians settled here. Ethiopia, though briefly occupied by the Italians, was never officially colonized.

Here in Shashamane, Ras Kawintesseb feels free to express his spirituality more than ever. "As a musician, I am not only free to live it, but to express it to the world: the simple proclamation and chanting and vibration have that spiritual power," he said.

"We're not taught in school, or hardly ever, about basic ideas of your inner mind, your inner being," said Ras Kawintesseb as he climbed into his favorite tree for his daily reading routine. "You've got to go and look for those ideas yourself."