Why drinking alcohol makes us hungry

Ever come home from a night of drinking and desperately craved French fries or pizza? Researchers say they have found the underlying mechanism: Alcohol makes your brain think you are starving. 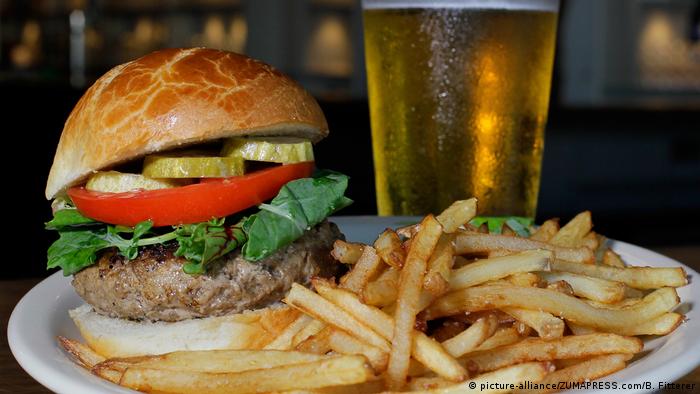 After a night of drinking, the fattiest foods seem like heaven on earth.

In mice studies, they identified a type of brain cell that fires in the presence of alcohol. These same brain cells are active when the body is starving, telling us it is high time to consume a lot of high-caloric food.

"Our data suggests that alcohol sustains fundamental appetite signals," Sarah Cains and her team write in the journal "Nature Communications."

The researchers simulated an "alcoholic weekend" for their lab mice, as they put it. For three days in a row, they injected the mice with an ethanol-water solution. The alcohol amount per day was about the same as what a human would ingest when drinking one and a half bottles of wine a day. 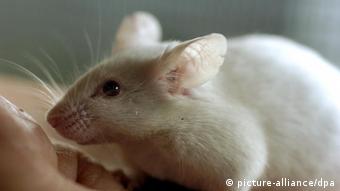 As a consequence, the mice became quite hungry: They ate between 10 percent and 25 percent more food on days on which they'd been given ethanol.

Cains and their colleagues also exposed mice brain slices to alcohol and saw that nerve cells called Agouti-related peptide cells where firing extensively. When they blocked these nerve cells with chemicals in living mice, the animals did not behave the same as before: An alcohol-fueled couple of days did not make them eat more than usual.

The authors say that the underlying mechanism in the mouse brain probably works the same in humans.

"We have known for a long time that alcohol influences eating behavior," Jens Reimer, head of the Centre of Interdisciplinary Addiction Research (ZIS) at the University of Hamburg, told DW.

For hundreds of years, people have appreciated alcoholic beverages - aperitifs - to increase their hunger and to prepare their body for an opulent meal. Studies have also shown that people consume considerably more calories after drinking excessive amounts of alcohol.

After three glasses of wine, people ingest about 6,300 extra calories in the following 24 hours, according to a survey conducted by UK market research firm YouGov and commissioned by the weight loss organisation Slimming World.

But the underlying mechanisms of this well-known fact remained a mystery. Some researchers suggested that high amounts of alcohol make people lose self-control, thus forgetting all their constraints about food. 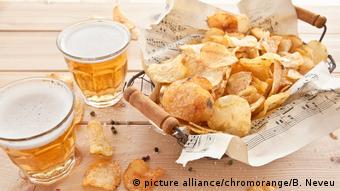 Beer and fatty foods go together like peanut butter and jelly

"This study [from the Francis Crick Institute] now identifies a neuronal area in the brain that controls this behavior," Reimer says.

That people get hungry after a night of drinking has puzzled researchers for a long time. After all, alcohol itself is highly energetic: One gram of pure ethanol - the alcohol in beverages - has 7.1 kilocalories. Only fat is richer in energy.

The body normally registers when high-energetic food arrives and cancels any feeling of hunger. With alcohol, though, the opposite happens. As a consequence, alcoholic drinks are doubly bad for losing weight: They have a lot of calories and make you eat even more.

"If people develop a certain behavioral pattern, it can get dangerous: unhealthy diet, a lot of alcohol, even more unhealthy food," addiction researcher Reimer said.

This could quickly lead to obesity, with increased risk for diabetes, cancer, stroke and other illnesses.

How to avoid binge eating

If you have a special night out and intend to drink more than usual, then make sure you eat plenty of food before drinking. It will prevent you from getting too drunk and you'll be less hungry later.

The best thing is of course not to drink excessively at all.

How important is it to have breaks from alcohol?

A glass couldn't hurt……….says the German who thinks he's earned a beer or glass of wine. Yet many people don't limit themselves to just one glass. But maybe they should consider it. (28.12.2016)

A joystick to fight alcoholism