Why contemporary German art is now on show in Latvia

It's the biggest exhibition of contemporary German art that Latvia has ever seen. Thanks to a private initiative, the National Museum in Riga is showing 77 works by 53 German artists. 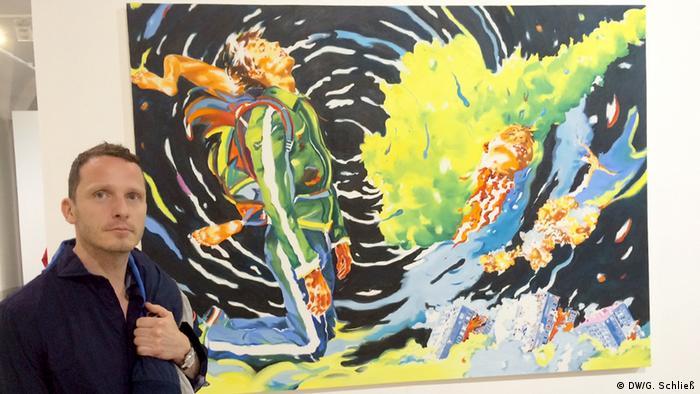 The show "Elective Affinities" in the Arsenal, an exhibition hall in the historic center of Riga, presents German art from the past 50 years. Curator Mark Gisbourne has brought some of the top representatives of the German art scene to Riga, ranging from Joseph Beuys and Gerhard Richter, Sigmar Polke, Jörg Immendorf and Anselm Kiefer to Neo Rauch.

The exhibition, whose opening was attended by Latvian President Raimonds Vejonis, comes across as a strong political statement. In these times of new geo-political divions, it could be interpreted by the Latvians as a gesture of solidarity between Germany and Latvia - if it had been an initiative of the German government, which it is not.

Instead, the exhibition was initiated by a Latvian art fan with a particular inclination towards German art: Leons Zilbers, head of the company Forta Medical which constructs hospitals. As an art patron, Zilbers prefers to remain in the background, avoiding interviews and, if possible, being photographed. His motivation for putting on the show, therefore, is not totally clear. 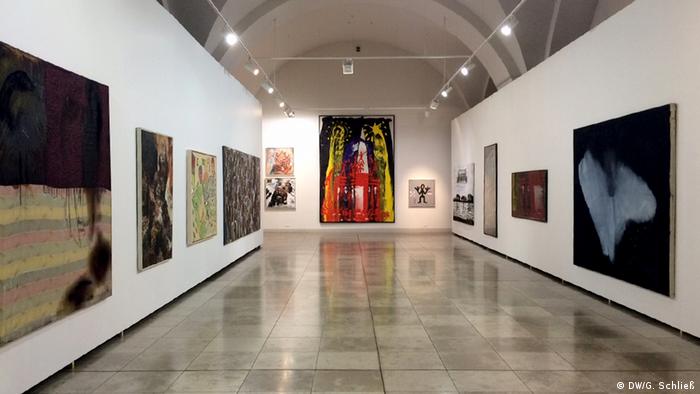 Zilbers loves art. The exhibition in Riga can almost be seen as an act of pioneering. German contemporary art is not very popular in Latvia, although the two countries are close to each other in geographical, historical and cultural terms.

The old East-West divide has continued to have an impact even after the collapse of the former Soviet Union, explains Astrida Rogule, curator of the Latvian National Museum. That's why the Latvians have tended to focus on their own culture for a long time, she says, adding that another hindrance is the scarcity of exhibition halls in the country.

The Arsenal is not an ideal location for an exhibition, since it's rather small. Paintings like Jonathan Meese's "Dr. Sushi" and Gerhard Richter's "Rot" are hanging so close to each other that they diminish each other's vibrancy.

Curator Mark Gisbourne was well aware of this impediment, but his main concern was to not overstrain his Latvian viewers. "I've put together a highly accessible, popular exhibition," Gisbourne says.

He selected large formats and popular themes, like Bernd Koberling's painting "Schwarzer Vogel," which features the eagle on the German flag. In Gisbourne's view, the painting creates a connection to the jerseys of the German national soccer team during the European Championship. 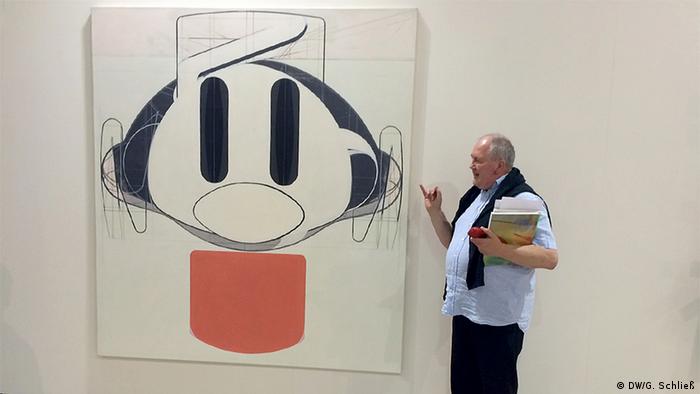 Of war and prisoners

Mark Gisbourne has entitled the show "Elective Affinities" in an obvious attempt to link it to a famous work by Goethe, while still aiming for a broad audience. What all the paintings have in common are their political and historical topics that seem to strike a chord with many viewers, among them Willi Sitte's "Warschauer Paar" depicting a couple in war-damaged Warsaw, and Ruprecht von Kaufmann's somber study of war captives, "Die Gefangenen," which reminds viewers of Guantanamo, showing how close power and powerlessness can be.

Norbert Bisky (pictured at the top) is also showing his work, which portrays a young man trapped in a storm of universes. It's both beautiful and eerie at the same time.

The exhibition can be seen in Riga through mid-August. "People are surprised by its magnitude and diversity, but also by the sheer size of the paintings," says Astrida Rogule of the Latvian National Museum, who is already looking forward to the next ambitious project: "I'm quite sure this is only the beginning of greater things yet to come."

Teamwork and sisterhood are embodied in the latest sculptor by star German artist Georg Baselitz. His larger-than-life statue has been unveiled at the new Siemens office building in Munich. (20.06.2016)

He known for oversized steel statues in public spaces. Now French artist Bernar Venet's latest work has been unveiled in Bonn. "ARC '89" is a nod to German reunification and changes in Bonn after being the capital. (06.06.2016)