Who's That Voice? German Dubbers As Hollywood's Unsung Heros

In German, Julia Roberts is a different kind of sexy. Her "Pretty Woman" character's lines are translated, just like in other Hollywood films. Ever since World War II, Germans have had a love affair with dubbing films. 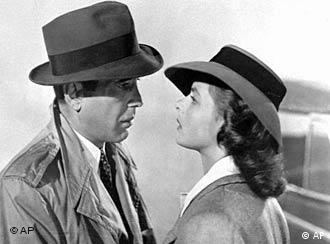 In German, Bogart says "Look into my eyes, babe" rather than "Here's lookin' at you, kid"

Dubbing means that every word of script in a movie is re-written and recorded in a foreign language. The method is also known as "synchronization" because the new dialogue is supposed to sync up with the original actor's mouth.

German actors get linked to a Hollywood star for the duration of that star's career. Christian Brückner, for instance, is a household name. That's because he is the German "voice" for Robert De Niro. He also voice-acts parts played by Warren Beatty, Harvey Keitel, Dennis Hopper and Marlon Brando.

Other voice actors, however, are unsung heroes. You would likely not recognize them on the street because they work behind the scenes. 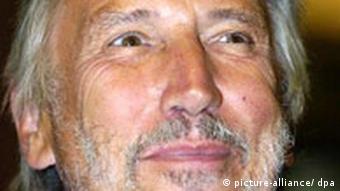 Germany's dubbing heartland is Berlin, where recording companies vie to synchronize everything from TV commercials and sitcoms to the latest Hollywood blockbuster.

Casting agent Thomas Fremd, sitting at his desk behind a vast pile of recording schedules with highlighted names, knows how to match voices with faces.

"We have 30 dubbing companies in Berlin and all of them use the same actors so it's important to catch the right ones at the right time," Fremd said.

A good actor, Fremd believes, can see a character played one time by a star and immediately interpret him or her for a German audience. 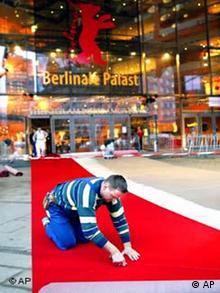 Voice actors rarely get the red-carpet treatment in Berlin

But just how far does one go when matching voice to face? Are all those screen sirens and Hollywood hunks just as sexy in their German counterparts? Or as similar in other ways to the original actor?

Likeness is relative, especially if you consider that there are no black dubbing actors in Germany, so big stars like Denzel Washington, Halle Berry and Morgan Freeman are all played by white voice actors.

Rainer Raschevski has been in the business for 16 years and runs a big studio in Berlin called Media Factory. When he was starting out as a young sound engineer all those years ago, he was shocked to see the famous actors unmasked.

"The first day I came into the company restaurant, I heard the German 'John Wayne' order a beer behind me," Raschevski said. "I was impressed until I turned around to see the guy and he looked completely different than the original. It's kind of said for the voice actors. No one knows that they do one hell of a job." 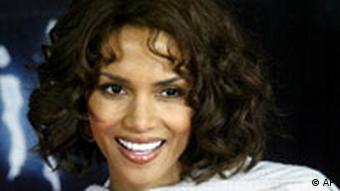 Dubbing actors have to speak at exactly the same time as their screen persona. If they end just a second too late, the scene has to be recorded again.

And, not only are they lip-syncing the German lines, they also have to mimic the inflections of the original actor.

Yet despite versatility in acting and portraying a range of emotions, one of the biggest complaints about dubbing is that is like a cultural homogeniser -- a kind of machine where the world's rich cultural vibrancy goes in one end and a world in which everyone speaks perfect German comes out the other.

For Hollywood films, script adaptor Alexander Löwe said that to convey the original meaning in a film, it is vital to have a rich understanding of both the English language and American culture. 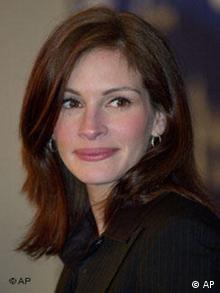 Julia Roberts is charming even in German

But then there are always cultural traps, like translating hip hop lingo such "Fo' Shizzle My Nizzle (some say it means "For sure, my nigger") or conveying a joke that relies on a pun.

One case in particular is the movie "Terminal," starring Tom Hanks, about a man -- "Viktor Navorski" -- who is supposedly from a former Russian state and is forced to live in an American airport because he doesn’t have a valid passport.

Viktor has a very strong accent in the film and during one scene, he is trying to explain to a young man that some woman is being cheated on by her husband. He says "He cheat, he cheat, he cheat."

As Löwe points out, "you just can't get that funny misunderstanding across. You can't translate that."

A picture says a thousand words 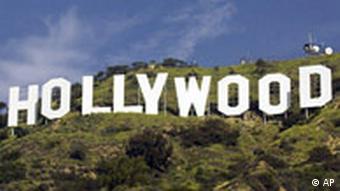 In addition to things getting lost in translation, another source of dubbing frustration for viewers is watching faces that move out of sync with the voices they hear.

Because in German it usually takes more words to say something than in English, the adaptors have to come up with a German sentence as short as in English, without losing the meaning, and which roughly matches up with the on-screen actor's mouth.

Yet even if the synchronization is off-track, it is still a minor complaint compared to a poor translation.

One of the most famous mistakes is in the classic Hollywood film "Casablanca." In the original, Humphrey Bogart's character says to love interest Ingrid Bergman "Here's looking at you, kid..." But in the German version, he says "Look into my eyes, babe..." (Schau' mir in die Augen, Kleines.)

A mistake like that would never happen again, Löwe said, since US supervisors come to Germany to make sure the translations are correct as the films are being synchronized.

"Once they realized that 'Acid Head' in the movie 'Apocalypse Now" had been translated literally," Löwe said. "The translator used the German words for 'acid' and 'head' -- he didn't have a clue that the name meant an LSD junkie."

So, to avoid really horrible translation blunders like "look into my trippin' out eyes, acid babe" or "I concur whole-heartedly, my African-American brother" (as the "Urban Dictionary" says for "fo' shizzle my nizzle"), better watch it in the original.

Forget about law or medicine. Forget about internet technologies and the stock market. If you want to be part of the latest, greatest high-profile profession, there's only one thing left for you to do. (11.07.2006)

Struggling on the Road to Stardom

Germany is an increasingly attractive location for international film and television productions. But for those English-speaking actors based there, this does not mean life has suddenly become a bed of roses. (01.06.2005)

Many English language films make it to the German screens with their original titles intact. Some, however, are subject to changes that leave many visitors and ex-pats scratching their heads. (15.04.2004)

The influential director, who now turns 80, reveals how he developed his fascination for the edges of the world in his memoirs, titled "Every man for himself and God against all."