The WHO chief said that she had been exploited and "misused by science." Lacks' cells, which were taken without her consent, are credited with making possible a number of major medical innovations. 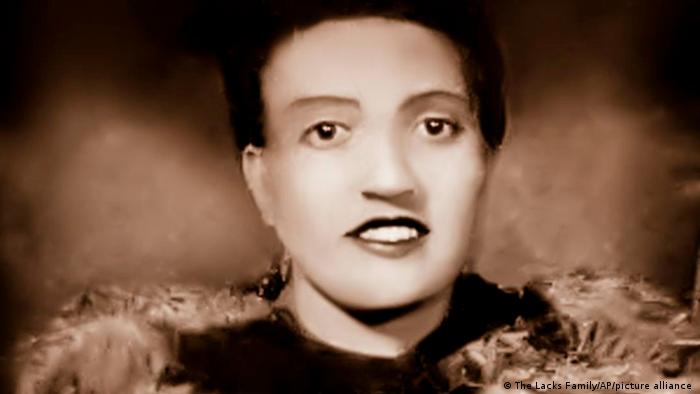 Lacks was a tobacco farmer from Virginia

The World Health Organization on Wednesday honored the late Henrietta Lacks, a Black American woman whose cancer cells were taken without her knowledge to provide the foundation for vast scientific breakthroughs.

"What happened to Henrietta was wrong," said WHO Director-General Tedros Adhanom Ghebreyesus during a special ceremony in Geneva.

"Henrietta Lacks was exploited. She is one of many women of color whose bodies have been misused by science," he added. "She placed her trust in the health system so she could receive treatment. But the system took something from her without her knowledge or consent."

The tissue taken from Lacks at Johns Hopkins Hospital in Baltimore provided the first human cells to be successfully cloned. Those cloned cells have since become a cornerstone of modern medicine, contributing to the development of the polio vaccine, genetic mapping and COVID-19 vaccines. The innovations have led to Lacks being called the "mother" of modern medicine.

The HeLa cells, a name derived from Lacks' name, were also used in the development of methods to combat cervical cancer.

Tedros handed the award to Lacks' 87-year-old son Lawrence Lacks as several of her family members looked on.

"We are moved to receive this historic recognition of my mother, Henrietta Lacks – honoring who she was as a remarkable woman and the lasting impact of her HeLa cells. My mother's contributions, once hidden, are now being rightfully honored for their global impact," said Lawrence Lacks.

The recognition came more than a decade after the publication of "The Immortal Life of Henrietta Lacks," a book about the discrimination that Black Americans faced in healthcare, the medical innovations made possible by her cells and her family's legal battle over their unauthorized use.

"The medical technologies that were developed from this injustice have been used to perpetuate further injustice because they have not been shared equitably around the world,'' Tedros said.

Lacks was a tobacco farmer from Virginia. She was buried in an unmarked grave following her death in a racially segregated hospital in Baltimore, Maryland.

"It is outrageous that this company would think that they have intellectual rights property to their grandmother's cells. Why is it they have intellectual rights to her cells and can benefit billions of dollars when her family, her flesh and blood, her Black children, get nothing?'' one of the family's attorneys, Ben Crump, said on October 4 at a news conference outside the federal courthouse in Baltimore.

The lawsuit also asks the court to order Thermo Fisher Scientific to "disgorge the full amount of its net profits obtained by commercializing the HeLa cell line to the Estate of Henrietta Lacks.''