Sierra Leone has confirmed a new case of Ebola. This is the second infection since the West African nation declared an end to the epidemic last week. 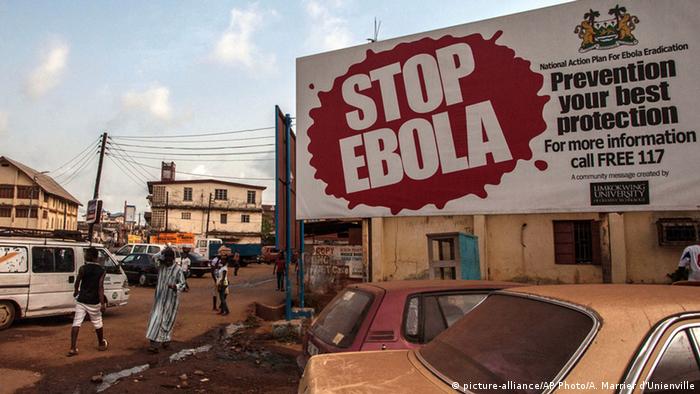 The second person to die of Ebola in Sierra Leone was a 38-year-old woman, the aunt of the 22-year-old who died of the disease on January 12, the World Health Organization announced on Thursday. The older woman died while under observation in a quarantine facility.

Sierra Leone's Health Ministry spokesman, Sidi Yahyah Tunis, also confirmed the new case, adding that the Ministry was expecting other cases - particularly among the people who had washed the body before the burial.

West Africa had recently declared the end of what was the world's worst Ebola outbreak, which had killed 11,300 people in Guinea, Liberia and Sierra Leone in West Africa since December 2013. Liberia, the hardest-hit country with 4,800 deaths, was declared free of Ebola for a third time last week, after Sierra Leone in November and Guinea in December.

"We are monitoring other people now quarantined to see whether they would manifest signs and symptoms of the disease during the 21-day incubation period," Tunis said.

Sierra Leone's head of medical services, Dr. Brima Kargbo, said they were using the VSV-EBOV vaccine, which has already been tested in Guinea. Since Tuesday, 22 people have reportedly been vaccinated in Magburaka and five in Kambia.

A day after the World Health Organization (WHO) declared West Africa Ebola-free, Sierra Leone recorded a new Ebola death. WHO had said such flare-ups were to be expected. (15.01.2016)

A woman in Sierra Leone has died from Ebola only hours after the World Health Organization said West Africa was free of the two-year epidemic. Small flare-ups are expected to continue. (15.01.2016)