Microsoft Germany wants Cloud services to be regulated at home in a bid to protect data from foreign espionage. The announcement coincides with a new report pointing to NSA activities targeting German telecommunications. 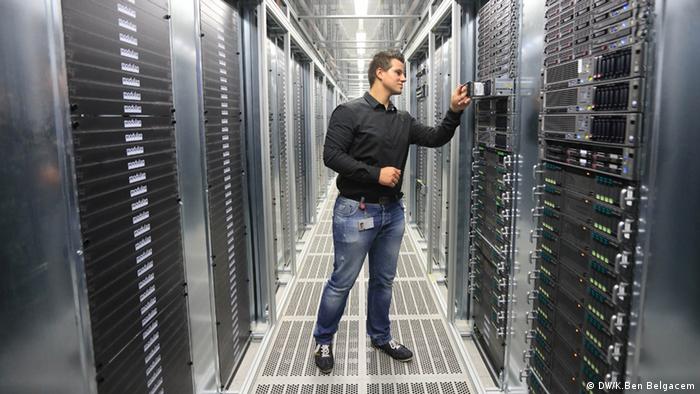 In the latest efforts toward warding off foreign hackers, the head of Microsoft Germany is planning to develop Cloud technology that would be offered only within Germany.

"But this is obviously not enough for medium-sized German companies," Illek said.

Cloud computing refers to a storage system, which allows computing devices to share their data within a defined network online. This includes software, firewalls and platforms, as well as memory and technical services.

Considering that the expansion of computer networks has increased security risks for companies, Microsoft Germany wants data to be kept within Germany's own borders and hosted by a data center, which would be subject to German or European law, Illek emphasized.

"The data management…would be [hosted] by a German partner," he said.

The head of Hewlett-Packard (HP) Germany, Heiko Meyer, had a similar message on Sunday, in which he called for a common Cloud space for Europe, similar to the concept of the EU's economic area.

Meyer told news agency DPA that HP had already submitted plans for "Cloud 28+" to the EU research program Horizon 2020, which is aimed at streamlining European research and innovation to make the 28-member bloc more competitive globally.

Calls for better data protection coincided on Sunday with a new report by the widely-circulated German news magazine Der Spiegel, which purported to reveal a new NSA program known as "Treasure Trove."

According to the newly unveiled documents leaked by NSA whistleblower Edward Snowden, "Treasure Trove" seeks to map the Internet in a manner which Der Spiegel described as similar to that of Google Earth. The program was reportedly able to watch network access points "in real time", including routers and individual devices.

However, when given the leaked information, both German providers said that they had been unable to find any signs of outside violations.

"We will pursue every indication of possible manipulation. Moreover, we have now involved the authorities," Telekom security head Thomas Tscherisich said in response to the allegations.

Revelations of US espionage on German interests - including on Chancellor Angela Merkel's cell phone - has created a rift between the allied nations and has threatened negotiations for a free trade agreement between the US and the EU.