When nature calls, there's a problem in parts of Ghana

Majestic cloth, gold, welcoming people, rainforests and a cool Atlantic breeze: Ghana is steeped in culture and natural beauty. But a flush toilet is hard to find, and the media are helping to potty train the government. 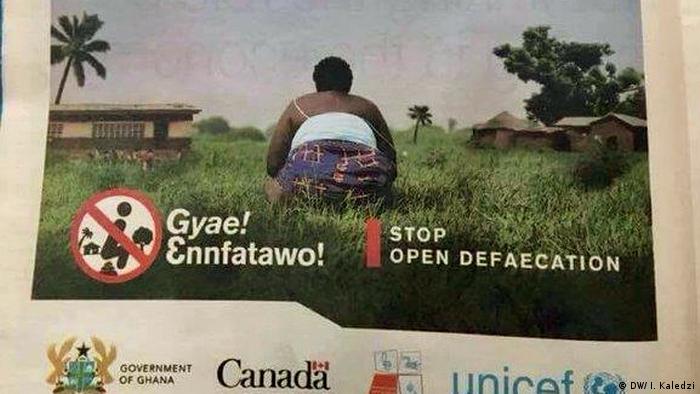 Ghanaians are known to squat on the beach, in the bush, or in wide open spaces of any city or town. Government billboards explicitly warn "Beaches are not toilets — don't do it here."

Ghana is one of the worst countries when it comes to access to basic sanitation such as toilets. About 5.7 million people are forced to relieve themselves in the open, according to the World Health Organization.

The West African country is ranked seventh from the bottom when it comes to improving basic sanitation. Open defecation is hardly a problem confined to Ghana: It is common in other parts of Africa and Asia, too.

But in Ghana the media has now stepped in to press authorities to provide the facilities needed to alleviate the problem.

"For a country that has attained 61 years of independence, is it not shameful, embarrassing, disgraceful, distasteful and unthinkable that the greatest danger to human health and general well-being of the citizenry of our dear nation is self-inflicted?" The Finder newspaper wrote.

In Accra New Town, in the heart of Ghana's capital, most houses are built without toilet facilities.

"In reality, every house is supposed to have a toilet. But you know our people and how they build their houses — they don't locate any toilets. When nature calls, there is no place,” Bernice Ofei, a resident, told DW.

"The only option for many is to go to the bush to defecate. Some had to use the neighbors' toilets," said Nana Abena. The plastic bags of human excrement in communities bother Abena. 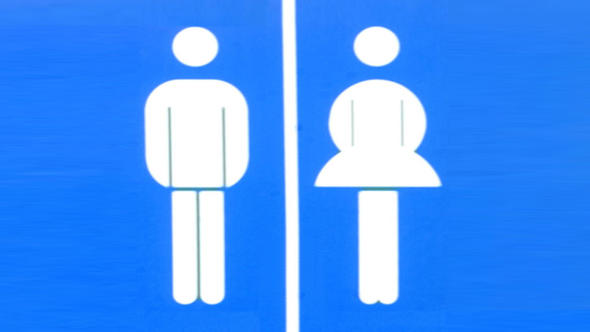 Children and old people often can't hold on until they reach the communal public toilet or beat the queue, says Simon Keelson.

"Some of the children defecate in polythene bags and throw it wherever they like, he said.

"It is a worry because at times we know that the toilet is not good. At times they can attract flies and we can easily get diseases like cholera."

Sanitation experts and environmentalists have long worried raised concerns over the toilet habits of some people in Ghana.

"Open defecation is a very serious threat to child well-being and to maternal health. In fact, 19 percent of Ghanaians defecate in the open on a daily basis. And this is very serious," said Attah Arhin, the vice chair of a non-governmental water and sanitation coalition.

The Wash King of Ghana

Some district assemblies in the country have pushed for households to build toilets or face prosecution. The government has run several campaigns, with a grant from the World Bank, to eliminate the problem. But they have been largely ineffective and political will is seen as lacking, with bylaws hardly enforced.

The government admits that the unsightly problem is bad fortourism. Westerners especially avoid those beaches that have become public toilets.

"We came on a tour, to ascertain for ourselves the state of the open defecation issue. We have to re-enforce the commitment to fight this menace," said Tourism Minister Catherine Afeku.

"It can't be something that we leave it and say that is just the attitude. Nobody was born with this upbringing."

In 2012, the World Bank estimated that Ghana's open defecation problem cost the country more than $79 million a year. 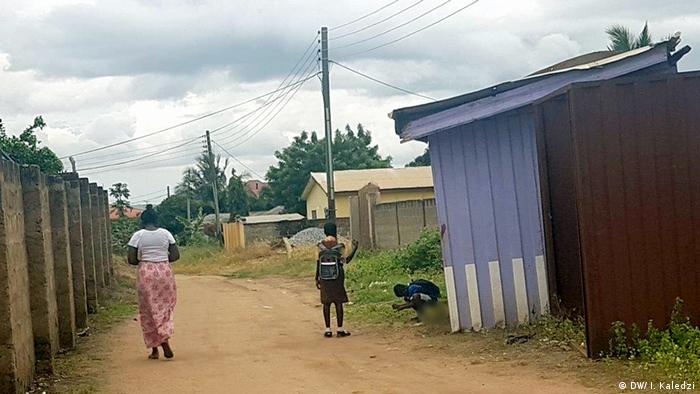 The media is now working with sanitation experts to raise awareness and press authorities to invest more in sanitation.

This week saw the launch of the Media Coalition against Open defecation (M-CODe) by media professionals across platforms countrywide.

Its first call was directly to President Nana Akufo-Addo to declare a target date to end open defecation in Ghana. Cecil Nii Obodai Wentum of the Ghana Broadcasting Corporation said the coalition wanted to see the government budget to ensure toilet facilities for all schools and homes.

"We realized that over the years that there have been laws passed by our assemblies and by national government to ensure that people have decent places of convenience. But these laws are not implemented," Justice Adoboe, the M-CODe coordinator, told DW.

"So we are joining this campaign to let government know that we know the laws exist so they should just enforce them, provide finances where finances are needed and do the right thing so that open defecation is eradicated."

Linda Asante-Adjei, the vice president of the Ghana Journalists Association (GLA), also spoke out against the situation. "“We cannot continue spending money branding Ghana while we undermine those efforts with insanitary practices," she told coalition members.

Arhin said he hopes the upswing in advocacy for improved sanitation will bring about change.

"As a country, we invest very little in sanitation. Our budget for sanitation is just about 0.5 percent, very little of our annual budget. We believe that with advocacy, if we keep hammering on the point of the importance of sanitation, government may listen."