Only about a quarter of Haitians have access to electricity. Nonprofit EarthSpark is bringing green energy to the country, and they're making it a feminist issue. 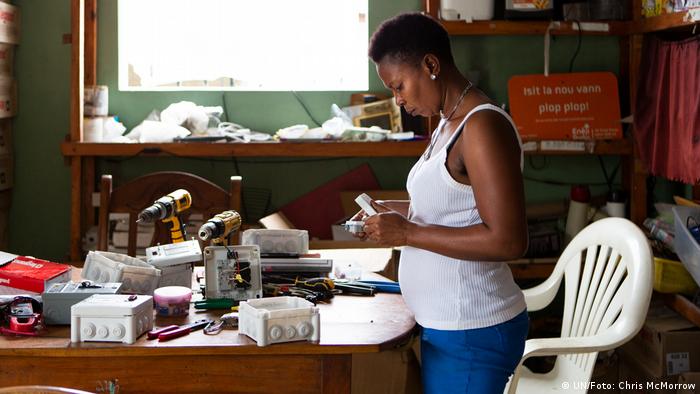 When 14 households in the small Haitian town of Les Anglais connected to the power grid for the first time in 2012, it was a big occasion. Less than 25 percent of homes have access to electricity in the Caribbean country.

But what was even more unbelievable for the town's residents, was that women were the ones doing the connecting, recalled Allison Archambault, president of EarthSpark International, the nonprofit behind the electrification project.

When the microgrid, a community sized electricity infrastructure, powered up, one local man called the customer service hotline saying he couldn't switch the lights on in his home. Roseanne Jean-Jacques, a local woman trained to troubleshoot grid problems, went out to visit him with Archambault. Jean-Jacques simply tugged on the string connected to the bulb and the light came on. 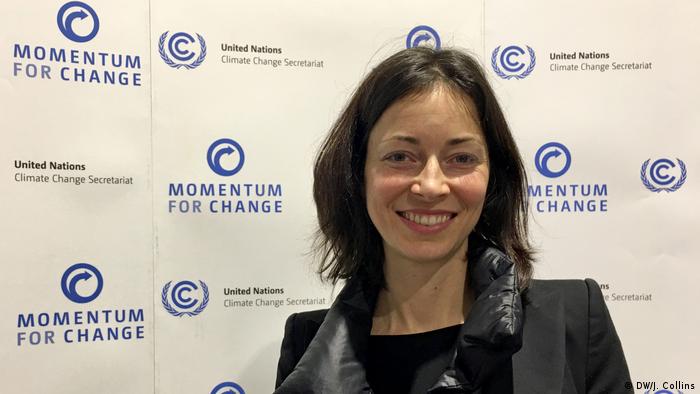 "He just hadn't been tugging on the cord hard enough," said Archambault. "But for that man it was like 'whoa this woman just, like, invented electricity in my home.'"

The microgrid customer wanted to know where the woman was from, and had to ask twice before believing Jean-Jacques lived just down the road.

"I'd like to think two things happened in that house that day," Archambault told DW. "One, that man got electricity in his home for the first time and two, he saw a woman from his community in a completely new light—and that's one of the empowering elements of feminist electrification."

The microgrid that began with just 14 households has since grown to 450, and now collectively serves a quarter of the almost 8,000 people in Les Anglais. Additionally Jean-Jacques is now training women in other towns to be "grid ambassadors" like her. 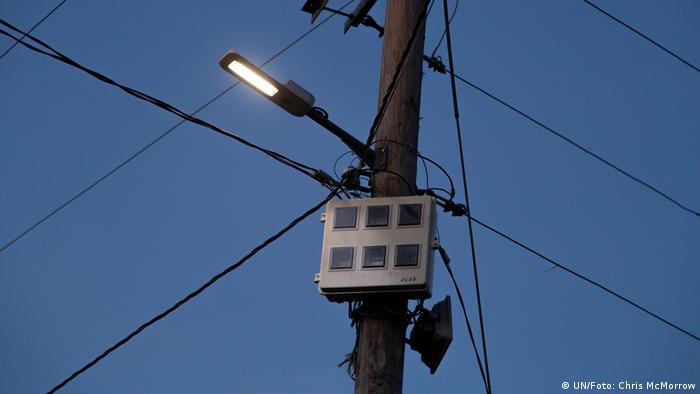 EarthSpark, which has just been recognized for its projects tackling energy poverty and gender inequity with a UN Momentum for Change award, is also training women to be electricians.

The idea of feminist electrification, said Archambault, is to have women involved on all levels of the project, because as the primary caregivers they're disproportionately impacted by climate change, lack of access to energy services and are often left out of decision-making processes because of gender inequity.

"Infrastructure projects that involve women in the planning and operations are more likely to succeed. So they're more investable," said Archambault, who has been working with the nonprofit for nine years. "From a climate solutions perspective, educating women and girls is in the top 10 things we can do to solve climate change. So that is an important element of this as well."

EarthSpark uses solar energy plus storage to feed energy into the grids, which Archambault says is "wildly cost effective for solving energy poverty." Some 2 percent of the energy delivered into the grid comes from diesel generators, but she says they're phasing this out because it's too expensive and isn't environmentally-friendly.

The nonprofit is developing 80 other microgrids in Haiti that will provide around 200,000 people with access to electricity, and has also sold over 18,000 small-scale clean energy products, such as solar lanterns and efficient cookstoves.

By switching away from the kerosene lamps commonly used in Haiti and individual diesel generators to microgrid energy, EarthSpark says it could reduce CO2 and black carbon emissions by around 19,000 tons.

How can you beat climate change with only half the world's population? Gender was among the main side-topics at the UN climate summit in Bonn. DW spoke to women who intend to be part of the solution to climate change. (20.11.2017)

Millions of households and businesses in rural Bangladesh don't have to access to the electricity grid. One startup wants to light up villages by enabling those with solar panels to share energy with their neighbors. (10.10.2017)