Women journalists around the world are exposed to hate and incitement on the Internet, ultimately threatening independent journalism and causing self-censorship, writes Silvia Chocarro, chair of ARTICLE 19, in her op-ed. 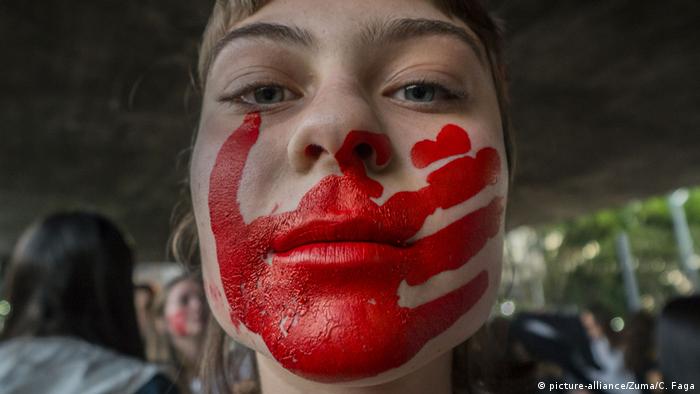 Imagine if only one side of the story could be told, if only part of a photo could be seen, if half of the world's population had no voice. This is journalism without the lines of text, the shutter-clicks and the voices of women journalists driven from journalism because of online harassment.

The fact that women journalists are increasingly harassed online is not a secret. One only needs to open any social media platform and the misogynistic threats are in plain sight. Unlike their male counterparts, women are confronted with gender-based harassment, including sexual threats. Warning: what you will read will shock you.

There is nothing virtual about online harassment. In the worst-case scenario, these threats evolve into actual physical violence. The emotional consequences range from anxiety and depression to fear, which in many cases lead to physical reactions. Self-censorship, even considering quitting the job, is a common consequence. At the same time, studies show that the vast majority of cases are not reported either for fear of being ignored, or worse, put aside. 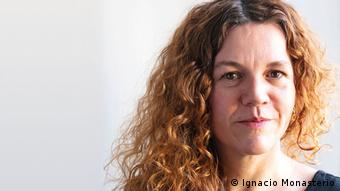 The only way is "to avoid the pain"

In Brazil, for example, award-winning journalist Patricia Campos de Mello has been the subject of vast online harassment. This is "a new form of censorship", she said in an interview with the Committee to Protect Journalists, because "every time we write an article, you end up by thinking twice because you will have to go through this, and your family too". In Mexico, Montserrat Ortiz, received online death threats due to her reporting on sexual violence. The immediate consequence? "I am in fear, I do not feel safe, I do not feel well," she said to ARTICLE 19. In Colombia, Maria Paulina Baena, in a conversation with Karisma Foundation, affirmed that in some cases the only way is "to avoid the pain, as if we were anesthetized," but "this should not be the case." 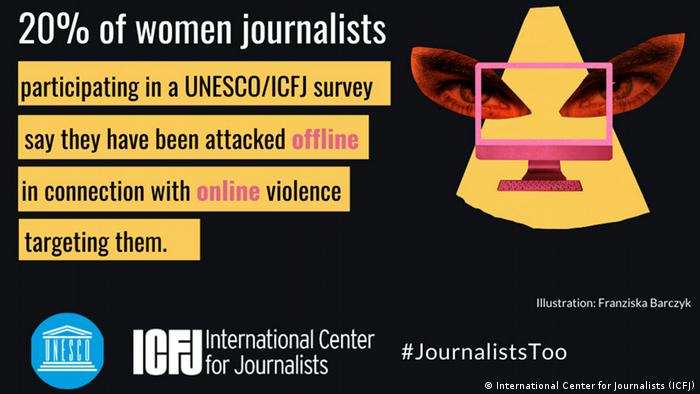 The news is not all bad. In recent years, progress has been made, but stronger actions are needed.

First,violence against women, and in this case against women journalists, whether it is offline or online does not take place in a vacuum. All around the world, women and girls suffer from various forms of discrimination that deny them the full enjoyment of their fundamental human rights, such as the right to freedom of expression and participation in public life.

Often, the first reaction to address online harassment is to develop new legislation. However, a more efficient path in many cases is adapting existing laws. Also, it is of fundamental importance to ensure that legislative efforts do not unintentionally lead to undue restrictions that could undermine the rights of the very women who governments seek to provide redress. In any case, a varied range of remedies in civil and administrative law as well as educational and social public policies need to be considered. 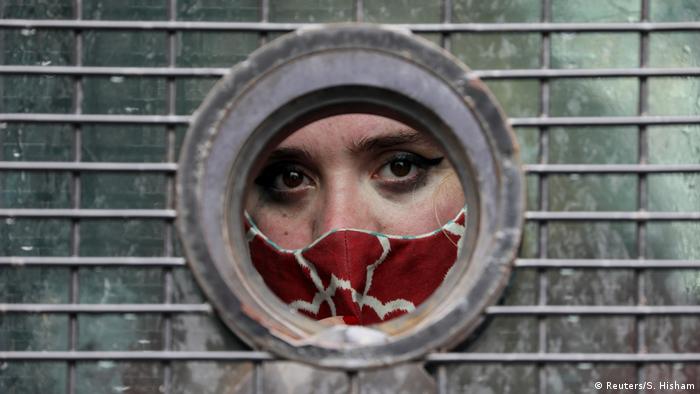 It's more efficient to adapt existing laws to address harassment of women instead of developing new legislation, says Silvia Chocarro

No solution for online harassment without looking at social media

Access to justice should facilitate procedures that are easily accessible and gender-responsive. It is of great importance to ensure training on international human rights standards, in particular on freedom of expression and non-discrimination as well as digital technologies. The same applies to law enforcement where protocols and methods for investigations should also mainstream a human rights and gender-responsive approach.

There is no solution for online harassment without looking at social media platforms. Human rights standards also apply to these platforms and it is time for them to be at the center of their business models. Transparency, clarity and accessibility should be guaranteed in their policies and terms of reference, as well as their content moderation policies and appeal mechanisms.

Online harassment against women journalists should stop. We all have a role to play or there will be a heavy price to pay for them, and for the freedoms of expression and the press.

Silvia Chocarro is the Head of Protection at ARTICLE 19, a global organisation promoting freedom of expression worldwide. She sits on the IFEX Council and is a member of the Centre for Freedom of Media (University of Sheffield). In her 20-year career, she has worked for media development groups and intergovernmental organisations as well as a journalist.