What's in a kiss? 11 fun facts about kissing

Time for the best pastime ever ― it's International Kissing Day! Smooching burns calories and strengthens the immune system. But in COVID times, you might want to make sure both of you are negative first. 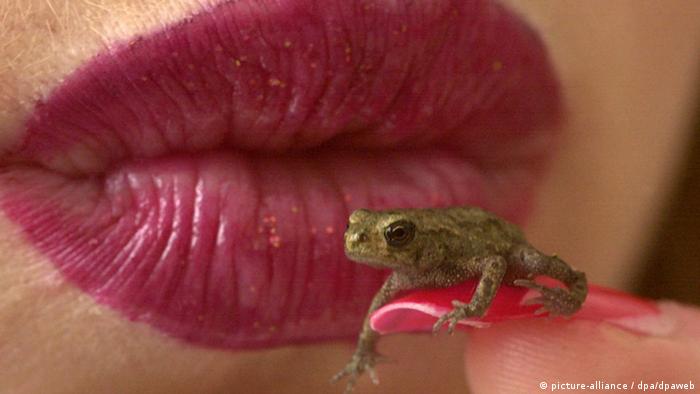 3. Public kissing isn't always allowed everywhere. It's forbidden to kiss women in public on a Sunday in Michigan and Connecticut - these US states take the Day of the Lord quite seriously. In the subway in Turkey's capital Ankara, passengers are expected to adhere to "moral rules." A kissing Turkish couple spied on by security cameras was officially warned.

4. With an average of four kisses per person and day, Germany ranks second behind Sweden on the list of countries that are stingy kissers. People in France and Italy do much better: they kiss an average of seven times per day. 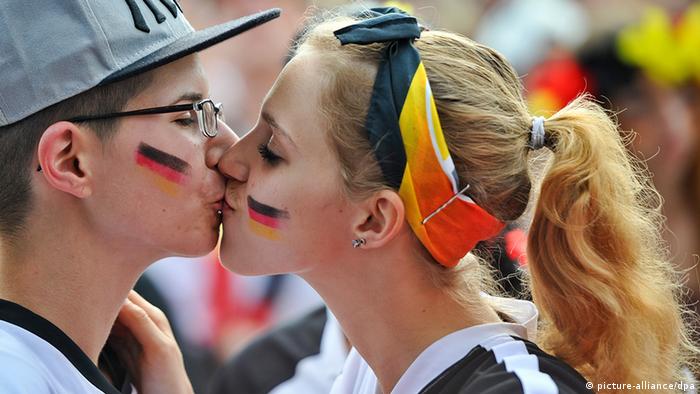 Germans don't kiss very much, but the World Cup in 2014 got these two excited

5. Researchers study kissing in a field of science called philematology. They've discovered two out of three people tilt their heads to the right when kissing.

6. Doctors are totally enthusiastic about kissing because it strengthens our immune system and slows down the ageing process. Just thinking about a kiss increases the flow of saliva, which in turn loosens plaque.

7. Smooching is great for road safety, too. Researchers found that people who hit the road freshly kissed are much less aggressive. They say that results in fewer accidents. But kissing while driving is not a good idea - please keep an eye on traffic!

8. People kiss in 90 percent of the countries worldwide. How and why differs from one country to the next. Three cheek kisses are a standard welcome in France, while in Japan, people only kiss if both parties want sex.

9. As affectionate gestures go, kissing is not just a social behavior we've developed over the centuries - it's an instinct we can observe in orangutans and other primates as well. Geese express affection by touching beaks, and elephants put their trunks into each others' mouths. 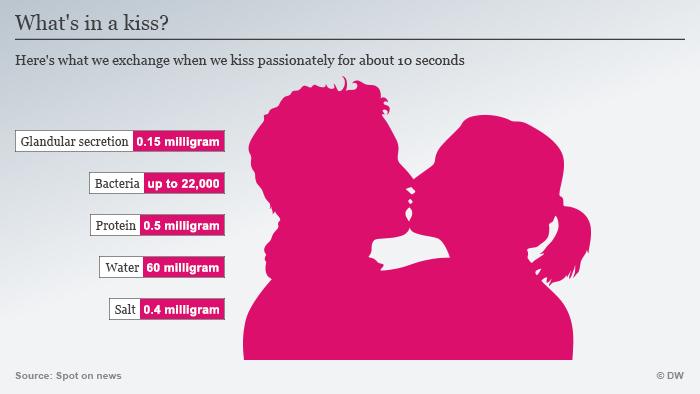 Pucker up! It's International Kissing Day

Kissing is proven to be good for your health - but only half of the people in the world like to do it. On International Kissing Day here are 15 unforgettable smooches and a few fun facts about the romantic pastime. (06.07.2016)

Pucker up, buttercup! For World Kissing Day, we look at the best smooches of all time — from those on the big screen to the most memorable real life kisses captured on camera.