A new movie adaptation of King Kong kicks off in cinemas worldwide this week with "Kong: Skull Island." We look back at how this destructive monster with a soft spot became such a big box-office hit.

In Nazi Germany, horror films were banned. The first King Kong film, whose German title translates as "King Kong and the White Woman," just managed to make it into cinemas in 1933. It was advertised as "an American trick and sensation film."

After that, King Kong and his Hollywood friends were banished - even though it was generally accepted that Adolf Hitler was a fan. So, Germans had to go elsewhere for their horror fix.

Getting creeped out in comfort

The first King Kong film was a global success. It shocked and amazed audiences with its special effects. People had never seen anything like it. The giant ape left a trail of destruction (something his cinematic successors, such as Godzilla, were pretty good at, too). The special effects teams in Hollywood, and later in Japan, had a great time. Viewers could get the creeps from the comfort of their cinema seats. 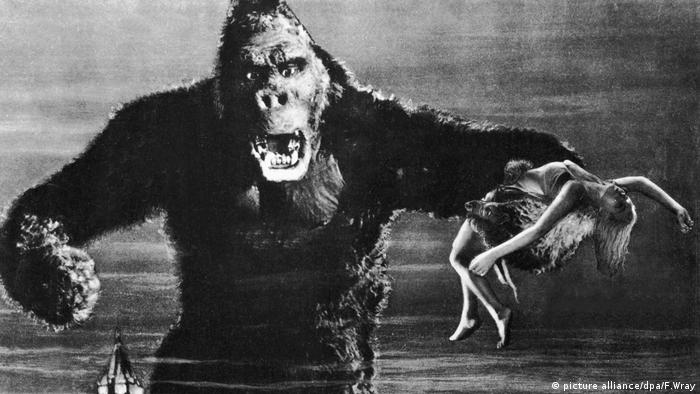 But there was another side to King Kong - a sensual, loving side. Even back in 1933, he showed remarkable fervor and sensibility towards the "white woman." She came to no harm in his enormous paws. Well, apart from the obvious distress of being kidnapped by a giant hairy monster.

A monster with a heart

In fact, that was always King Kong's biggest strength: as well as his penchant for destruction, his softer side could also be seen on screen. This is still the case in his newest film, "Kong: Skull Island." A team of researchers exploring the island of monsters works out that it might not be the giant ape that poses the biggest threat to mankind. 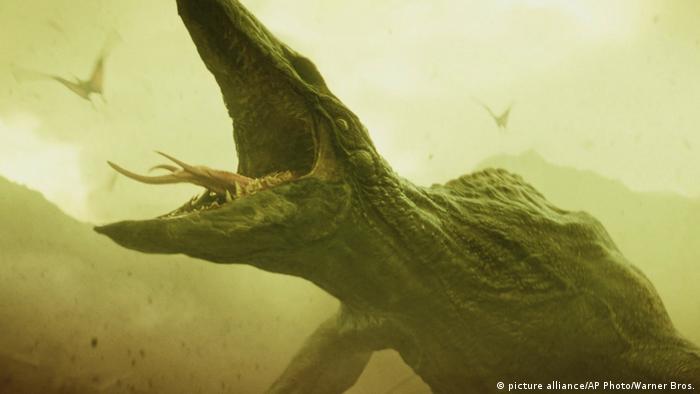 On Skull Island, there are more aggressive creatures to be found than giant apes

Actress Fay Wray played the original shrieking victim, struggling in her captor's giant grip. In the final, iconic scene of the 1933 film, King Kong scales the Empire State Building in New York, with Wray still in his hand. He is shot and falls to his death - but not before setting Wray down safely.

'That scene puts a lump in my throat'

Wray, who died in 2004 at the age of 96, opened her autobiography with a letter to King Kong.

"The other scene I find unforgettable," she wrote, "is you in your last moments just before falling from the top of the Empire State Building. You had put me down very carefully as though wanting me to be safe."

"You felt your chest where you had been shot, knowing you were doomed. That scene puts a lump in my throat."

From classics like "King Kong" and "Singin' in the Rain" to, most recently, "Hail, Caesar!," movies about the process of making films have followed the history of cinema. Here are some of the best ones. (07.02.2017)

The many faces of King Kong

The movie monster ape returns to the silver screen in "Kong: Skull Island." We took the opportunity to look back at the sometimes trashy, sometimes technically sophisticated reincarnations of King Kong over the years. (09.03.2017)