What is the Ahrar Al-Sham organization in Syria? | World | Breaking news and perspectives from around the globe | DW | 12.09.2016

The ceasefire deal led by the United States and Russia on Sunday aimed to stop hostilities between the Syrian government and rebel factions. Syria’s second largest rebel group, Ahrar Al-Sham, has rejected the deal. 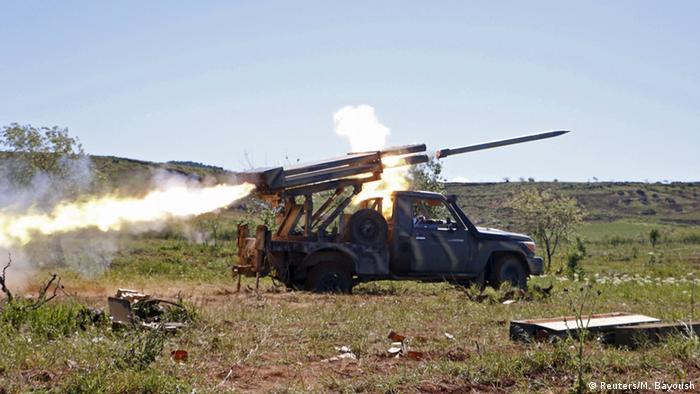 The ceasefire will begin Monday night during the Islamic holiday of Eid Al-Adha. The cessation of hostilities in Syria is widely seen as a method to pave the way to a long-term solution for the conflict. However, Ahrar Al-Sham deputy leader, Ali Omar, has rejected this plan, saying "a rebellious people, who have fought and suffered for six years, cannot accept half solutions.” On Twitter the group said that the ceasefire would only serve the interests of the Assad regime and not that of the Syrian people.

When the Syrian Civil War broke out five years ago, multiple rebel groups joined together to fight the Assad government. Some of the Islamist and Salafist type groups coalesced into the Harakat Ahrar Al-Sham Al-Islamiyya, known in English as the Islamic Movement of the Free People of the Levant, but is better known as Ahrar Al-Sham.

In 2011, Syrian President Bashar Al-Assad released political prisoners in order to calm down his opposition, the most notable being Hassan Abboud, who became the group's leader. The goal of the organization was to overthrow the Assad government and replace it with an Islamic regime. But Hassan Aboud was killed in 2014. Now the group's leader is Abu Yahyia Al-Hamawi. The group retains a strong presence in the provinces of Idlib and Aleppo.

The groups funding comes from not only it's own efforts but also from Arab and international jihadist networks, as well as financing from nations such as Turkey, Saudi Arabia and Qatar. 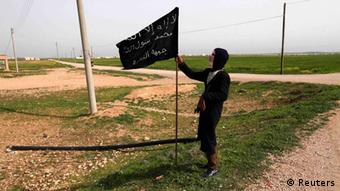 A fighter of Jabhat Fateh Al-Sham, which maintains ties to the Ahrar Al-Sham group

They also retain close ties with Jabhat Fateh Al-Sham, which was known as the Al-Nusra front until the group split from Al-Qaeda in July. The Al-Nusra Front was designated by the governments of the United States, France, the UK, Russia and other nations as a terrorist organization. Ahrar Al-Sham has been designated a terrorist organization by Iran, Russia and the United Arab Emirates.

In a 2013 Arabic Al-Jazeera interview, former Ahrar Al-Sham leader Hassan Abboud argued for a Shariah-style government: “Democracy is a government by the people for the people, who create rules as they please. We say that we have a god-appointed system.” He also claimed that the group did not receive aid from other countries, despite evidence to the contrary. Abboud also argued that the group gives a considerable amount of food and aid to civilians in the provinces that it controls.

The group is particulary influenced by the Taliban and one of it's leaders, Mullah Omar, who founded the Islamic Emirate of Afghanistan in 1996, which lasted until the American invasion in 2001.

A tough road ahead

The reluctance of Ahrar Al-Sham to sign to any ceasefire deal is not exclusive. The Free Syrian Army is also wary of the deal.

The Syrian conflict, so far, has left hundreds of thousands dead and millions displaced.

The hardline Islamist group Ahrar al-Sham and Free Syrian Army rebels have criticized the terms of a truce with the Syrian regime. But the regime, Iran and Hezbollah have said they agree to the conditions. (12.09.2016)

Ahead of truce, Assad pledges to retake all of Syria

Syrian President Bashar al-Assad vowed to regain control of the entire country, just hours before an internationally brokered truce was due to start. The strongman added some of his opponents still clung to "fantasies." (12.09.2016)

Hours after the announcement of a US-Russia-brokered ceasefire deal aimed at ending the five-year conflict in Syria, fighting has escalated. Nearly 100 civilians have been killed in airstrikes. (11.09.2016)