What is German pop star Helene Fischer's recipe for success?

With 10 million records sold, she's among Germany's most successful singers - but Helene Fischer also gets flak for singing folk pop. We found out why her fans span all age groups - and what shot her to stardom.

Ingo Grabowsky is an expert on schlager music (a genre of German folk pop) and co-author of a book on the topic. As a lecturer in the Slavic studies department at the Ruhr University in Bochum, he has led his students in research on schlager in the Soviet Union, where Helene Fischer was born in 1984.

DW: In a 2008 TV interview, you predicted Helene Fischer would become a superstar. Was that an educated guess or did you get lucky? 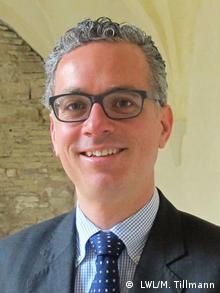 Grabowsky is an expert on schlager and their role in the Soviet Union, where Fischer was born

Ingo Grabowsky: Actually, I was unlucky, because I didn't bet any money on it (laughs). No, that was my instinct. I noticed something that fascinated me, I'll admit. The songs are a matter of taste, but her voice has something - and did back then - that is fascinating.

Now, nine years, countless platinum albums and many awards later, what is Fischer's recipe for success?

She really has a lot of talent. She can sing very well, she can dance, and on stage she has what the Americans would call "personality." Those are the prerequisites. And she has excellent management and a product that is woven around her and speaks to a lot of people.

She really does seem to speak to a lot of people. Why is it that she's so popular with older and younger people alike?

Up into the 1990s, younger people wanted to use music to distance themselves from their parents' generation. Pop music has lost this aspect of differentiation. That is certainly a consequence of digital culture, since music has become more accessible in general, but it's also the result of generational developments.

The generation of people who are now parents feel closer to young people than their parents did in the 1970s and '80s. That's why Fischer's schlager pop speaks to people of all age groups.

Another reason for Fischer's incredible success is that both men and women like her. How has she managed that?

Today she performs in tight-fitting outfits, but it hasn't always been like that. She was definitely always very attractive, but in an innocent, harmless way - almost desexualized. At the beginning, those were the perfect conditions to appeal to both genders.

Then you have her songs. Fischer's texts are meant to inspire a protective instinct among men. She often comes across as a weak woman. The song "Morgen früh küss' ich dich wach" ("Tomorrow Morning I'll Kiss You Awake") presents an image of a woman who sits sadly at home because her husband is at work. It's certainly not a women's image that's particularly up-to-date, to put it delicately. But it still speaks to a lot of people.

On the other hand, her texts also give women a three-minute break from everyday life. Schlager have always had this element of escapism. Many people these days feel quite overwhelmed at work, so this kind of thing goes over well. 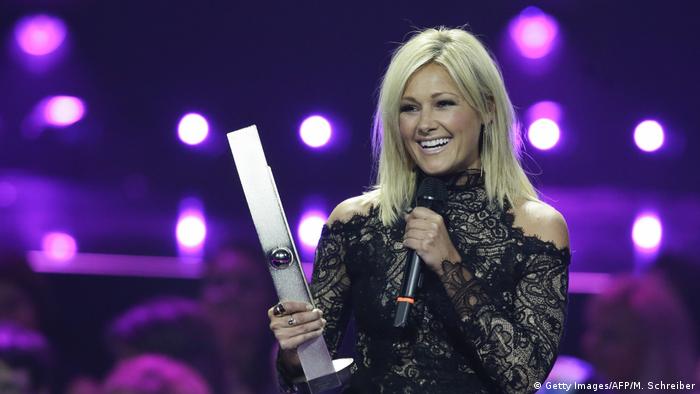 Fischer has sold over 10 million records

Has Fischer changed schlager as a genre?

Artistically, she hasn't changed the foundation of schlager; Europop had an impact on schlager well before Fischer. But she has managed to bring schlager to the mainstream. Up until about 15 years ago, it existed in a parallel universe. Even though Wolfgang Petry and Pur filled stadiums, it was just a certain group of people that listened to schlager.

Today, enthusiasm for the genre has even reached academic circles. When I was a student, being a fan of a big schlager star would have been unthinkable. That has changed: Many students at the university admit they like Helene Fischer.

How do you see the future of Fischer's career?

She's still missing what Udo Jürgens had: He was able to switch to the chansonnier role because he strongly identified with what he offered on stage. Fischer is still lacking a bit of this substance. But she has said herself that it's not her intention to change the world, but to entertain. If she keeps aligning her stage product with the demands of the times, if the audience notices a development that it can follow, then I think she will have a long career.

The Helene Fischer phenomenon: 'Adore her or reject her'

With gaudy costumes and 80s-style dance routines, Helene Fischer has become one of the most successful German artists of all time - and polarized the country. Music expert Volkmar Kramarz explains her recipe for success. (03.07.2015)

Charting a nation: What Germany's music charts say about its soul

From the fall of the Berlin Wall to World Cup triumphs, the German music charts have measured the mood of a nation for over half a century. But what secrets do the charts reveal about a country and its people? (28.05.2015)

Helene Fischer. A career in pictures

German folk pop star Helene Fischer releases her new album on May 12. The self-titled collection of songs is the latest highlight in an unparalleled music career. Here's a look back at the rest. (12.05.2017)