The Helene Fischer phenomenon: 'Adore her or reject her'

With gaudy costumes and 80s-style dance routines, Helene Fischer has become one of the most successful German artists of all time - and polarized the country. Music expert Volkmar Kramarz explains her recipe for success. 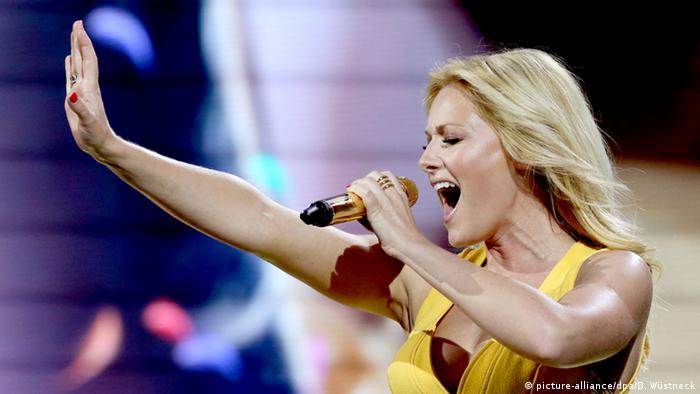 With nine million records sold, Helene Fischer is one of Germany's bestselling artists of all time. She also holds the record for the artist with the most legal downloads ever in Germany. But she represents a style of traditional folk-pop - known as Schlager - that is often scorned by the mainstream for being kitschy and old-fashioned. So what's her secret? DW asks Volkmar Kramarz, a music theorist from the University of Bonn.

DW: Professor Kramarz, your area of focus at the University of Bonn is popular music. Do Helene Fischer's songs really belong to the German folk-pop genre "Schlager," or are they pop?

Volkmar Kramarz: I think that's the secret - the musical recipe - that makes Helene Fischer successful. She comes from the Schlager genre and has taken the attitudes, singing techniques and texts from Schlager. Her whole stage performance is Schlager. But she also includes other elements. When she performs live and includes acoustic accordion, then she and her band sound like a songwriter ensemble. She mixes in individual elements from other styles. You could almost say that she plunders a bit from everywhere - and clearly has success with that approach. She manages to appeal to a very broad audience in that way.

How good are Helene Fischer's songs - taking both the music and the performance into consideration?

It's very difficult to make a neutral judgment. You could ask whether her songs are complex or simple or whether they're artificial or authentic. Good or bad is not really a suitable assessment criterion. Helene Fischer's technique, however, is without a doubt among the very best. Her productions may not be world-class, but they represent the standards that are possible here in Germany. 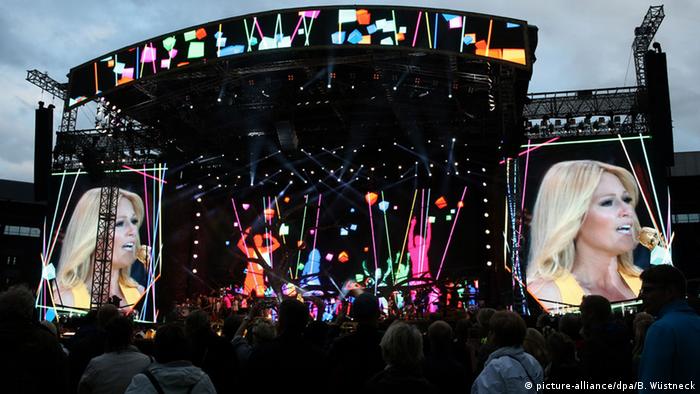 Helene Fischer is currently on tour throughout Germany

Doesn't it sound disjointed when musicians take bits from other pieces of music?

Pop music loves the myth that it is authentic. But pop music at this level is produced through and through; it's a product. And it has to be, considering the commercial interests behind it. So it's certainly not the case that Helene Fischer sits by the lake in the evenings, listens to the rustling trees, and finds inspiration for her music. Her songs are stylized, professional productions that are consciously designed to be liked by many people.

Does that mean she has a formula for making a hit?

If you ask me as a music theorist, Helene Fischer is someone - even though she comes from the Schlager genre - that intentionally implements harmonic patterns that are common in mainstream pop music. I call them "pop formulas." In a song like "Atemlos" (Breathless), the refrain is entirely made up of a very common chord progression: four harmonies in a particular order that are constantly repeated. Those are patterns that are known to be a basis for success in internationally successful pop music.

What role does rhythm play?

In Helene Fischer's case, not every song necessarily has to be "danceable," as is otherwise typical. Pop music generally doesn't go beyond a recurring flowing rhythm, but in her case there is an occasional sensitive rhythmic breath. Not all of her songs are in the typical Schlager dance party style. I have the feeling that it's enough for audiences at her live concerts when they can just sway along with long stretches of music.

How has Helene Fischer's music changed over the course of her career? Has she developed from conservative Schlager to pop?

The question opens up a discussion: Is this electro-pop/dance music, which is particularly common in Germany, and not actually Schlager music? And what did Udo Lindenberg's music sound like anyways? Helene Fischer brings together a variety of musical elements. She doesn't just stick with Schlager, where people would either love her or label and disregard her, but she looks further. However, she probably won't be as consequential about making electro-dance music as, for example, Germany's Eurovision candidate Cascada. Instead, she sticks with her own style of Schlager-glamour performance and incorporates excursions into realms that are actually the territory of other artists. And that's probably exactly why she polarizes so much.

Is there a recipe for success in this area of the music industry?

Of course, producers know exactly what they're doing and their experience leads to particular patterns. We're talking here about projects and endeavors that cost huge sums of money. Today's top producers don't just record the drums or bass, they spend days and weeks refining a single note - particularly when it comes to the vocals. And of course they look at what other people are doing and borrow particular building blocks and approaches. That's completely legitimate. 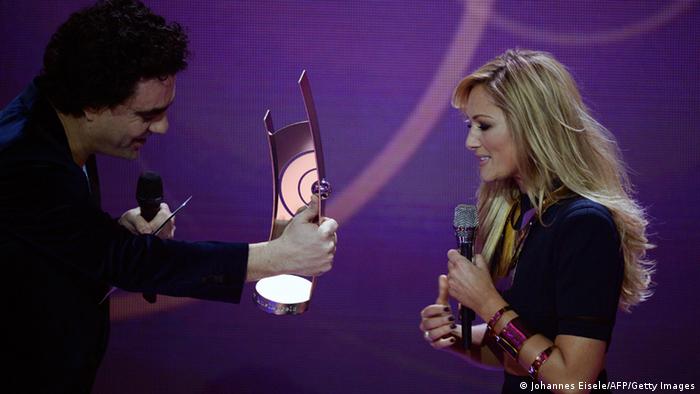 Why does Helene Fischer appeal to so many people that don't actually like Schlager? To what extent is she everybody's darling?

Well, everyone knows that her music bothers some people. For many, the sound of her music serves as a medium that has even been used for very mean hate tirades on the web. There's plenty of criticism of her music. She polarizes audiences with the bit of Schlager tradition that she does include. Either you adore her or you reject her. The attitude found in the old German Schlager tradition, which she also incorporates, the way she presents her vocals - that's something you either like or don't. And many are vehement about not liking it.

Helene Fischer has become as symbol for the fact that an artist can, on the one hand, be popular and successful, but as the same time be completely rejected by a huge part of the public. Both sides use her as an example of their own aesthetic taste. Only with time will we be able to look back and see how Helene Fischer herself deals with that and whether that will ultimately have an impact on her career.

Dr. Volkmar Kramarz teaches at the department for Sound Studies with Pop Music at the University of Bonn. He used to be a radio DJ and music editor at German broadcaster WDR and has published numerous books about pop music.

Charting a nation: What Germany's music charts say about its soul

From the fall of the Berlin Wall to World Cup triumphs, the German music charts have measured the mood of a nation for over half a century. But what secrets do the charts reveal about a country and its people? (28.05.2015)

ECHOs for Fischer, Oonagh and Kollegah

Germany's answer to the Grammy is the most glamorous awards ritual in the country's show business industry - even if it offers few surprises. (27.03.2015)

What's the secret to making it as a musician in Germany these days? Get lucky. (Some things never change.) But, as overnight star Tim Linde found out, a German-language text and regional folk style may help. (29.01.2015)