Germany is in the process of completely transforming its energy sector at a pace unmatched by other industrialized nations. Nuclear power is being phased out as renewables are gradually taking over. 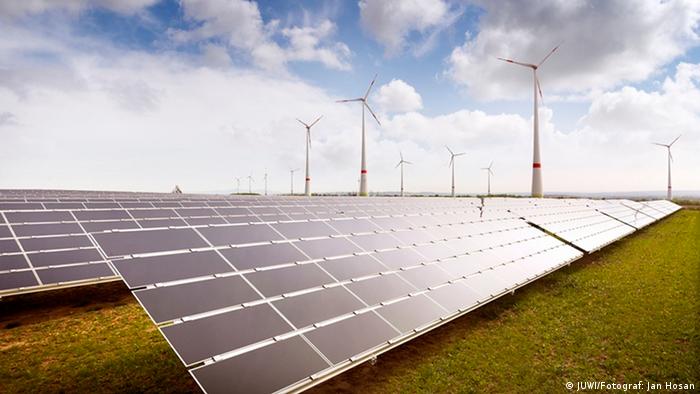 Germany's ambitions to completely restructure its energy sector have been talked about so much that the very word which stands for the current policy change - "Energiewende" - has even made it into the English language, albeit it not everywhere in English-speaking communities. But what exactly does this term mean?

In a nutshell, it describes the country's politically supervised shift in direction from nuclear and fossil fuels to renewable sources of energy. This idea of a changing power path helps explain the literal translation: "energy turn." The government says this transition will reduce security hazards and ensure Germany creates a greater share of its own power in future. 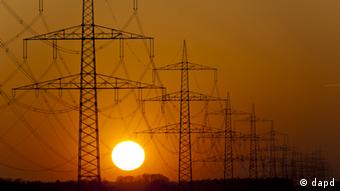 Germany's energy grid needs to be adapted to new challenges

Yet this concept is by no means a recent addition to the German dictionary. The very term "Energiewende" is some 30 years old and was used back then sporadically by policy-makers and environmental pressure groups. But it became official policy only at the turn of the millennium, with that era's coalition government of Social Democrats and Greens making a complete nuclear phase-out one of their main objectives.

But nowadays, the term is primarily associated with a fundamental policy shift in the country after the 2011 nuclear plant disaster in Fukushima, Japan. Not least due to mounting public pressure, German Chancellor Angela Merkel's government of Christian and Free Democrats scrapped their previous decision to let nuclear energy stay around for much longer than envisaged by their predecessors.

In the wake of Fukushima, Berlin oversaw the immediate closure of eight nuclear plants in Germany, with the rest of the stations to be shut down by 2022. At the same time, the government made it clear that it would stick to the objective of reducing greenhouse gas emissions by 40 percent by 2020 (compared with 1990 levels) and by 80 percent by 2050.

Investment in renewables has become the name of the game, with a focus on generating wind and solar energy. This tall order, which Chancellor Angela Merkel once called "a Herculean task," has since been accompanied by quite a few controversial public debates.

One of the essential points has been who will foot the bill for multi-billion-euro investments in the required expansion of the current national electricity grid which among other things will have the task of transporting wind energy generated in the north to the country's southern states. 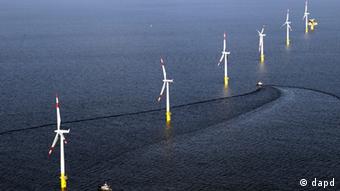 It's already become clear that ordinary Germans will have to shoulder the bulk of energy price hikes while energy-intensive industries are not hit at all by special feed-in tariffs to help finance the whole operation.

Another unresolved issue is the lack of refined storage technology that would make it possible to more effectively store energy generated from renewable sources for peak times when the grid could put it to best use.

The German "Energiewende" is seen by some as a huge political gamble with scope for unforeseen consequences, if anything major goes wrong. But in the words of Environment Minister Peter Altmaier, "the move towards a new, regenerative energy supply will make the German economy more innovative and competitive" and will offer huge export opportunities in the long run.

However it is achieved, the completion of the "Energiewende" will be a task for generations as we speak of nothing less than Germany's biggest infrastructure project since post-second-world-war reconstruction.