What can the Munich Security Conference achieve? | World | Breaking news and perspectives from around the globe | DW | 31.01.2013

What can the Munich Security Conference achieve?

The Munich Security Conference has been an annual fixture in the calendar of global decision-makers for the past 50 years. Once again, this year promises a heady mix of urgent issues and high-profile speakers. 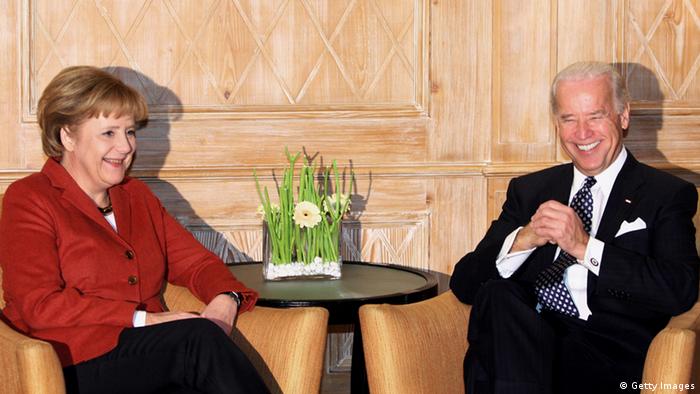 The Munich Security Conference was founded in 1963, in the midst of the Cold War, as a strategy meeting for NATO countries engaged in the East-West conflict. Since then, it has undergone numerous transformations.

After the fall of the Berlin Wall, the forum was opened to countries from Eastern Europe and the former Soviet Union. Then, Asia moved ever further into the focus of the Munich debates. Now, the conference reflects globalization issues and security policy around the world. 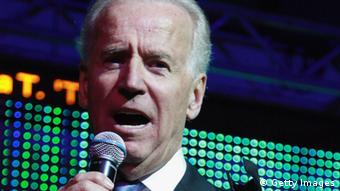 Biden will be making his second appearance at the MSC

More than 70 states with nearly 400 delegates are represented at the event, which runs this year from February 1 to 3, and includes rising powers, like India and Brazil, as well as African nations and China. The meeting has long since been more than a political conference, with business leaders and members of non-governmental organizations also traveling to the Bavarian capital.

"The Munich Security Conference has become a barometer for the transformation in security policy in the 21st century," said conference chairman Wolfgang Ischinger. "As well as 'hard' areas of security policy, there are also 'soft' issues, like climate change and cyber security, on the agenda."

Nothing makes this change clearer than the different names that the meeting has assumed since its foundation. During the Cold War, it went by the name of "Wehrkundetagung," or Defense Conference, but the official name was simplified to Munich Security Conference, or MSC, in 2008. 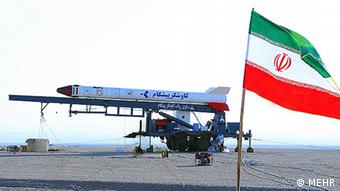 Iran is likely to be high on the agenda

Despite numerous other international conferences hosted by a number of countries, there is, today, apparently a need for dialogue on security policy more than ever. "The demand is particularly big this year," said Ischinger. "Over 90 government delegations are expected in Munich."

The most prominent of these, according to Ischinger, will be US Vice President Joe Biden, who came to Munich in 2009 and delivered a speech on the relationship with Russia. Meanwhile, the Brazilian foreign minister and the International Criminal Court's chief prosecutor will make their first ever appearances. As for the issues, Ischinger expects this year's talks to be dominated by Mali, Syria, and policies toward Iran.

Some have criticized the conference as an illegitimate decision-making forum between politicians and the defense industry, but Ischinger believes such allegations do not reflect the reality of the MSC today. "There's nothing nicer than invoking old bogeyman images and stereotypes," he said. "The fact is that nowadays the conference is concerned with disarmament and crisis prevention, and debates the burning questions of international politics with NGOs, like Human Rights Watch, Greenpeace, as well as Nobel Peace Prize winners." 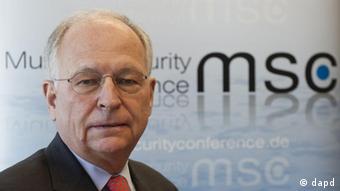 Ischinger says the conference is about crisis prevention

That view is shared by James Davis, professor of international politics at the University of St. Gallen, Switzerland, who has been attending the conference for the last 10 years. "The conference offers the unique opportunity to discuss the dangers to international security with representatives from the stakeholder states, international organizations, as well as NGOs, all in one place. As an academic, it offers me access to decision-makers from around the world I wouldn't have otherwise."

In addition, Davis pointed out that no decisions are actually made at the conference. On the contrary, it is meant to give participants the chance to discuss new approaches or assumptions in an informal atmosphere. "Governments can float new ideas, launch test balloons so to speak, without losing face if they don't fly," he said.

And, according to the professor, what makes the conference special is that people who would normally avoid each other find themselves striking up conversations. Where else, for instance, could an American senator be seen having coffee with a member of the Iranian government?

The Syrian civil war threatens the country's neighbors. Turkey plans to protect itself with Patriot missiles, but other countries are also worried about the potential collapse of the Syrian state. (08.01.2013)