What Brussels Really Thinks About Turkey | Europe| News and current affairs from around the continent | DW | 15.12.2004

What Brussels Really Thinks About Turkey

In public, discussions by journalists and politicians over Turkey's possible membership in the EU are matter of fact and objective. However, remarks made away from the mics and cameras can have a very different tone. 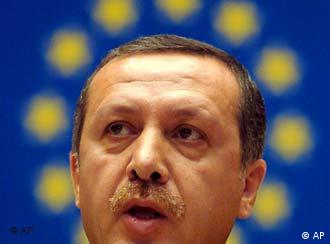 Images like this one worry many in Brussels, but they keep it quiet

Jokes about Turkey are enjoying something of a boom in Brussels right now, both among journalists and even among some politicians. While during the numerous meetings of ambassadors, councils and the European Commission, Turkey's accession is discussed in all seriousness, during breaks and behind-the-scenes conversations, everyone is eager to relate a best or worst story that took place while once on vacation in Turkey. 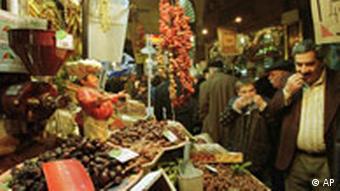 After that, it's not unusual that stories extolling beautiful beaches turn into comparisons between Recep Tayyip Erdogan and his government with carpet sellers, bazaar traders and vegetable sellers. Fears of the foreign and unfamiliar are often dressed up in stereotypes and coarse observations.

Of course, it's all very politically incorrect, xenophobic, racist and who knows what else. It's precisely for these reasons that these observations don't surface in official reporting or negotiation protocols. They simmer in the backs of people's minds. 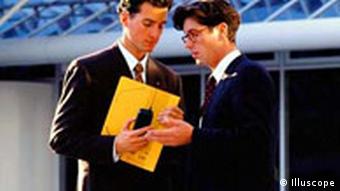 Turkey has its managers too

It's not much better the other way around. Ask some of the Turks in Brussels what kind of prejudices and stereotypes the Turkish delegation fosters towards the bureaucrats in Brussels, and they'll tell you many are thought of as rich, arrogant fat cats who lead decadent, immoral lives.

Even after 40 years of attempts to get closer, Brussels and Ankara are still strangers. That could be due to the fact that many correspondents don't know Turkey and the Turks from first-hand experience. For many Germans, the image of Turkey is still dominated by their experience of Turkish immigrants, many of whom came from rural areas of Anatolia with limited education and a tendency to stick closely to their own cultural circles.

Even for those in Brussels who've actually been to Turkey, the image doesn't improve much, often limited to the stereotype of gold-chained rip-off artist who preys on tourists in resort hotels.

Few know much about Turkey's up-and-coming business elite, the new hipsters with money to burn, the students in Istanbul's trendy neighborhoods or the successful businessman, who exports his products throughout the world.

Add to all that a hysterical fear of an emergent, "dangerous" Islam, and the picture loses any semblance of truth.

It's only now that accession talks are getting serious that people are beginning to consider what it will mean when the Turks are part of the day-to-day workings of Europe. Turkish will become one of the official languages of the EU, and Turkish civil servants will move into the Brussels high-rises. When Turkey joins, it will likely be the most populated country in the EU and have a weighty voice when it comes to decisions. The carefully balanced structure of the Big Four -- Germany, France, Great Britain and Italy -- could start to sway. 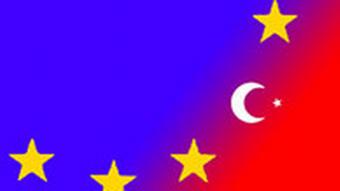 How long before Turkey adds its star to the EU flag?

Those politicians who are deciding the fate of the EU and Turkey often dispense with such concerns with remarks such as "Well, at least you and I won't be around to see that. Anyway, Turkey won't actually join for another 15 years." In other words, they aren't that convinced themselves, but have a devil-may-care attitude about it all.

When the EU's founders held out the carrot to Turkey some 40 years ago, they probably had their own doubts, but the thinking was likely: "why worry about it anyway, it's so far away…" Now the chickens have come home to roost. Jean-Claude Juncker, Luxemburg's prime minister, formulated it well when he said: "no one is very enthusiastic, but no one has the heart to say it."

Germany and France offered a ringing endorsement for Turkey's future membership in the EU at a bilateral summit Tuesday. They also criticized as inadequate proposed changes to the pact designed to underpin the euro. (Oct. 26, 2004)

What do you think of, when you think about Turkey? DW-WORLD asked several Germans with links to the country to offer their own views of the country. (Dec. 14, 2004)