Were the ancient Sumerians the world′s first brewers? | Science| In-depth reporting on science and technology | DW | 21.01.2012

A newly published German report suggests the fermented beverage from the Sumerians in present-day Iraq - long considered the world's first beer - may, in fact, not have been a beer at all. Other experts beg to differ. 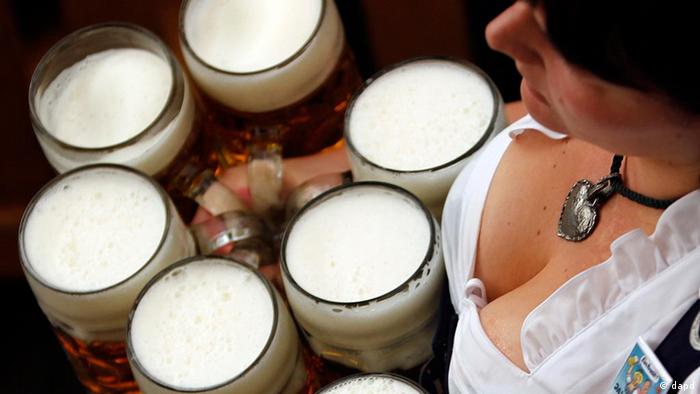 Germans study beer a bit less than they love drinking it

For some people, researching the origins of beer is as stimulating as consuming it.

Peter Damerow, a historian of science and a cuneiform-writing scholar at the Max Planck Institute for the History of Science in Berlin, was one such person. Damerow, who passed away in November, delved into archaeological findings of ancient beer production and consumption, focusing on ancient Sumerian brewing processes.

In a scholarly paper published in the Cuneiform Digital Library Journal this month, Damerow questioned whether the fermented cereal beverage - so-called Sumerian beer - consumed by the Sumerians who lived in present-day Iraq even contained alcohol and should be called beer.

"In the case of Sumerian beer, it is unlikely that it was really beer that the Sumerians and their successors prepared from grain and consumed presumably in large amounts," he wrote. 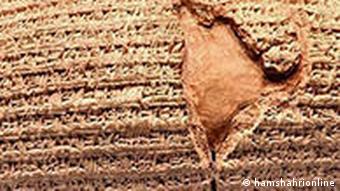 "Given our limited knowledge of the Sumerian brewing process, we do not even know for sure that the resulting product had any alcohol content at all," he added. "We really cannot know whether Sumerian beer might, after all, have had a greater similarity with kvass (a fermented grain beverage that originated in Eastern Europe) than, say, with German beer."

These claims fly in the face of what many historians believe – namely that ancient Sumerians in today's Iraq were among the first to build agriculture-based cities approximately 6,000 years ago and produce a fermented grain-based beverage that came to be known as beer.

According to popular theory, Sumerian brewers crumbled flat bread made from barely or emmer into a mash, called "bappir," which is Sumerian for "beer bread."

The problem is, that's only theory: no one knows for sure, as Damerow points out in great detail. Although many of the more than 4,000-year-old cuneiform texts contain records of deliveries of emmer, barley and malt to breweries, hardly any information exists on details of the production processes, he notes.

Even the "Hymn of Ninkasi," one of the most significant sources on the ancient art of brewing, provides no reliable information on the ingredients and the brewing process, Damerow claims. The lyric text from the Old Babylonian period around 1800 B.C. is a mythological poem that glorifies the brewing process.

Franz Meussdoerffer, a professor of food science at the University of Bayreuth and a beer historian, says some of the confusion arises from the definition of beer itself. 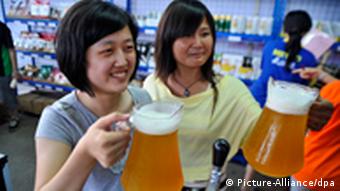 Wherever its origins, beer is now enjoyed all over the world

"Beer as we know it today is entirely different from what was brewed in ancient times," he told Deutsche Welle. "Today's beers arose from northern European cultures that didn't know bread but gruel. Fermented drinks in the Mediterranean area were based on beer-bread, with water added for the fermentation process."

Martin Zarnkow, a brewing historian in the Center of Life and Food Sciences at the Munich Technical University who collaborated with Damerow, also disagrees with Damerow on that point and another.

"Sumerians didn't discover beer, nor did the Egyptians, as some people believe," Zarnkow told Deutsche Welle. "Theories point to beer being produced in the Neolithic Revolution more than 11,000 years ago."

Like Meussdoerffer, he believes that beer-bread beverages contain alcohol and, as such, are rightly called beer.

Zarnkow was involved in the Tall Bazi brewing experiment that attempted to reconstruct the ancient brewing processes. Using cold mashing, the team produced a brew of barley and emmer and adjusted the alcohol level by changing the percentage of water. Damerow remained unconvinced by the results. 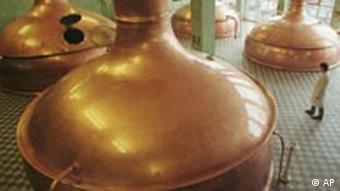 Most beer scholars, however, agree with Damerow’s general conclusion.

"I, too, am skeptical concerning how much we can securely say about the nature of ancient beer - whether from Sumeria or from Egypt or from Europe for that matter - apart possibly from the type of cereal used to make it and some generalities about how it tasted," Max Nelson, professor of languages and literature at the University of Windsor in Canada, wrote in an e-mail to Deutsche Welle.

"We have no good way of determining what the average alcoholic strength of any ancient beer (or other beverage) was, and it is quite plausible that some fermented drinks, which were made to be drunk quickly, were low in alcohol, like modern kvass."

Another issue, Nelson added, is that "we do not know what kind of yeast was used in the making of ancient beers, and this determines to a great extent how high in alcohol a fermented drink can be."

In his paper, Damerow defined beer as "an alcoholic beverage produced from cereals by enzymatic conversion of starch into fermentable sugar followed by a fermenting process."

Few in the global brewing industry would disagree with that description.

German brewers have notably gone one step further in their description of beer: Since the 16th century, they list exactly what ingredients can be used under the country's unique "Rheinheitsgebot," or "Purity Law."

A mug of hot, mulled wine at a German Christmas market is a seasonal specialty that Germans look forward to every year. But that doesn't mean Germany's proud beer tradition takes a break for the holidays. (25.12.2011)