German Interior Minister Thomas de Maiziere wants to instill a culture of welcoming immigrants to the country. In order to do so, he is fast-tracking legislation that will see it happen. 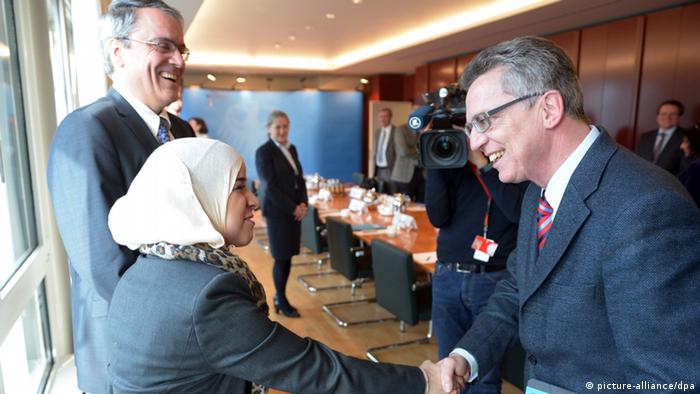 Germany's Interior Minister sent out the invitations- those involved in the integration of foreigners in Germany are to meet with him personally. Once again, scientists, heads of immigration authorities, municipal officials and migrants themselves are invited to the ministry for dialogue. Interior Minister Thomas de Maiziere, invited them there under the rubric, "'Welcome to Germany!' or 'Welcome to Germany?'"

De Maiziere, the former defense minister and member of Chancellor Angela Merkel's Christian Democratic party would really like to listen, he says. That's worth noting, since integration summits and their less formal equivalents have been going on for years now. At the time of the last summit in May 2013, the opposition Social Democrats' then-integration commissioner, Aydan Özuguz, made her frustrations public.

"There's not much wrong with what's being said, but it's not really accomplishing anything," she said at the time.

Journalists will not be among those invited to a private meeting with de Maiziere. But what he did previously announce to journalists is his intention to highlight integration precisely and - de Maizière's favorite word - in a manner that's "differentiated"; posh neighborhoods like Berlin-Dahlem or Blankensee, for example, cannot be tossed in the same pot as urban centers.

"We'll only be able to obtain the approval of the general public when we're clear about which immigrants are not welcome here. And we'll only be able to get outright approval for the right to asylum - to our humanitarian obligation, the granting of asylum - when it's clear that those who are not politically persecuted are not permitted to call upon the right to asylum in our country," de Maiziere said. Germany's interior minister also emphasized that immigrants who want to work and live in Germany and start a family here are "wholeheartedly welcome." 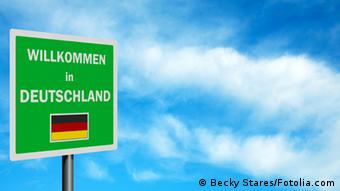 Hoping for a more welcoming Germany....

De Maiziere is convinced, however, that Germany has made great progress in recent years when it comes to integration, that general approval of immigration has risen. But he does believe that welcoming attitudes are more prevalent among Germany's political elite than in many parts of the population. "And that's why we need what I call the power of differentiation," he said, "so we do not talk past each other in sound bites and then, if something happens, are surprised at how thin the layer actually is in which a culture of welcoming can be promoted in Germany."

If it is thin, then it is fortunate that, in contrast to Switzerland, there are no referendums at the federal level which could curtail "mass immigration." That will remain so for the next four years, says de Maiziere as well as Germany's coalition government.

A birth certificate and a degree

In addition to dialogue, the new interior minister has an improvement to offer immigrants: Children who went to high school in Germany or have spent 12 of their first 23 years in Germany can hold another citizenship in addition to their German one - the so-called "double passport." A birth certificate and high-school degree would be enough, he said, adding that he had already put an appropriate bill in place. In doing so he is carrying out a coalition agreement pushed by the Social Democrats (SPD) to abolish the "option model," which previously forced children of immigrants to choose for one citizenship over the other at age 23. The law will be tabled as quickly as possible in Germany's parliament.

From the SPD's side of the coalition, however, there is already criticism regarding the details of that bill. Not all those affected by the law will be able to produce diplomas, they say. According to de Maiziere, however, 90 percent should be able to do so. For the remaining 10 percent of cases, different regulations must be found. He also warned the SPD, however, not to bring the hard-won compromise into question.

German Interior Minister Thomas de Maiziere has welcomed changes announced by the US to the way it conducts online surveillance. However, he said the task of keeping the Internet free of prying eyes was far bigger. (20.01.2014)

Was former German Defense Minister Thomas de Maiziere simply letting off some steam with his surprisingly undiplomatic remarks about allies at a departure ceremony? Or was he setting the stage for his successor? (09.01.2014)