US airlines and Australian banks are among the companies around the world to reportedly be experiencing online outages. 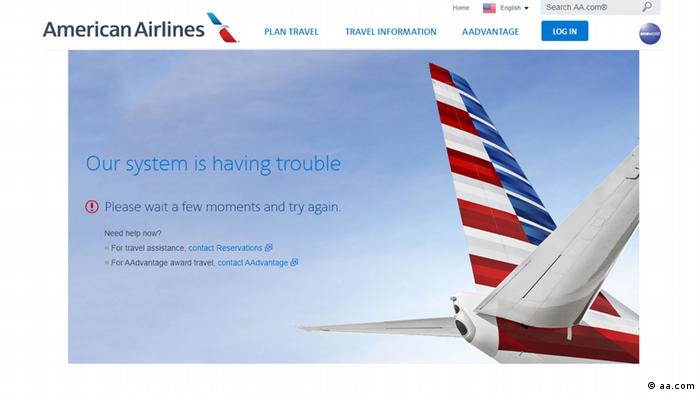 They include the sites of major US airline companies American Airlines, Southwest Airlines, United Airlines and Delta Air Lines.

It was not immediately clear if the outages in Australia and the US were linked.

The firms involved said they were urgently investigating the matter.

In Hong Kong, the stock exchange said on Thursday afternoon local time that its site was facing technical issues. In another post on Twitter minutes later, it said its websites were back to normal.

What is the effect of the outage on Australia's financial sector?

The Reserve Bank of Australia (RBA) said it was canceling its operation to buy long-dated government bonds.

The outages in Australia began around 2:10 p.m. local time (0510 GMT), according to Downdetector.

Australia Post, the country's postal service, said on Twitter that an "external outage'' had impacted a number of its services.

"We understand that some of our customers are currently experiencing issues accessing our services," the country's largest financial firm Commonwealth Bank told AFP. "This issue is affecting multiple organizations, including many of the major banks."

Commonwealth Bank later announced on Twitter that it "is starting to see services return to normal."

Another banking group, ANZ, also said most "services look to be up and running."

"Virgin Australia was one of many organizations to experience an outage with the Akamai content delivery system today,'' it said. "We are working with them to ensure that necessary measures are taken to prevent these outages from reoccurring.''

Akamai provides services to some of the world's biggest companies and banks.

"We are aware of the issue and actively working to restore services as soon as possible," a spokesperson for Akamai told Reuters in an emailed statement.

The disruptions came just days after many government, news and social media websites worldwide went offline briefly due to a technical issue at Fastly, another major web services company, which blamed the problem on a software bug.