Web Summit in Lisbon gets down to business | Business| Economy and finance news from a German perspective | DW | 08.11.2016

Web Summit in Lisbon gets down to business

Until Thursday, the Portuguese capital, Lisbon, is home to computer nerds and geeks from around the world. Artificial intelligence and self-driving vehicles feature prominently at this year's Web Summit. 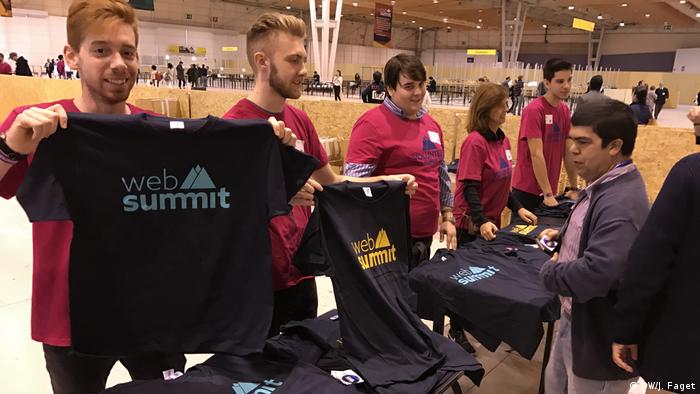 The "big boss" of the Web Summit, Paddy Cosgrave, is a bit tetchy. The Portuguese politicians he's waiting for and who seem to be chronically late have made a mess of his schedule on the very first day of the event. And now the Irish man in his mid-30s has to make some arrangements to rectify the situation.

That apart, everything is going smoothly despite the move from Dublin to Lisbon. Cosgrave said there were just 400 participants in the Web Summit when they started in 2010 - now there are about 53,000 people attending the Web Summit for the tech industry which has been billed as the world's largest IT event. 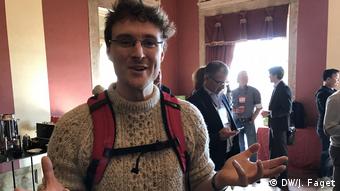 According to Cosgrave, some 1,400 participants are seeking to invest some of their money at the summit. Last year, for instance, roughly 900 million euros ($994 million) were pumped into various IT firms and startups. And with 20,000 companies present at the summit, there will be ample opportunity for investors to talk business between the numerous conferences and meetings.

For startups and capital to come together, there will be many rounds of "speed dating" for investors during which young entrepreneurs can advertise their business ideas.

There will also be much talk about new developments in the sector, notably AI trends, machine learning and above all self-driving vehicles. Cosgrave made a point of emphasizing that a lot of top-notch engineers from BMW, Daimler and VW were all in Lisbon this week to meet their car manufacturing colleagues from Japan, America and China.

"I'm looking forward to the exchange of views," said Michael Hodel of the Berlin-based advertising agency BBDO. "Autonomous driving is a big topic for our clients, too; that's why I want to see as much as I can, find out whether this could be interesting for us as well." 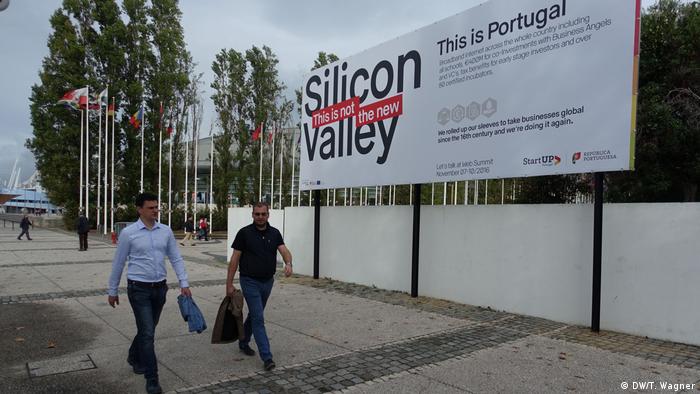 The Portuguese capital is awash with posters heralding the beginning of a new IT era. Media reports have compared Lisbon to Silicon Valley, while the government keeps praising the advantages of hosting the summit for the crisis-ridden eurozone nation.

Simultaneously, Prime Minister Antonio Costa announced a 200-million-euro credit line to support innovative companies based in Portugal, that is companies capable of mastering the new challenges ahead.

Lisbon's 2016 Web Summit is all about networking, making contacts. You can pick a suitable location to do just that, for instance during a special "surf summit" in the picturesque coastal town of Ericeira or during an official pub crawl, a brick-and mortar tour of Lisbon's numerous pubs. After all, geeks need a rest too, once in a while.