Beef carries a big water footprint — but just how big is it? 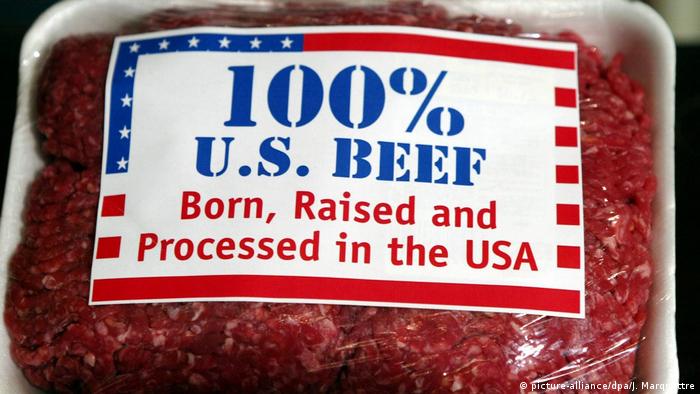 Water stress — and even scarcity — is rising in countries across Asia, Africa and South America. As populations grow, living standards rise and economies switch to more water-heavy industries, freshwater resources are being rapidly depleted.

Richer countries tend to use more water than poorer ones. Germans consume about 3,900 liters of water a day, according to the latest available data from the Water Footprint Network in 2012, and Americans get through about double that. But this high consumption isn't driven by toilet flushes and leaving taps running. Rather, it's the 'virtual water' embodied in goods that take water to make.

Clothes, electronics, packaging and food all contain virtual water — the cost of which is often hidden from consumers. With 70% of water withdrawals used in agriculture and huge variation in the water footprints of different products, food choices in particular can be crucial for sustaining water supplies.

So how much water does it take to produce an apple, a cup of coffee or a steak?

The following Augmented Reality infographic (iOS 12 and later, Android coming soon) offers a visual comparison of the virtual water consumption of these foods.

You're now looking at a room-scale 3D graphic: Move around, tilt your phone, explore different perspectives