Bribery charges against employees of French water giant Veolia have raised questions about the role of corruption in Romania's economic boom. Bucharest has rebuked the agency that brought it up, Luke Dale-Harris writes. 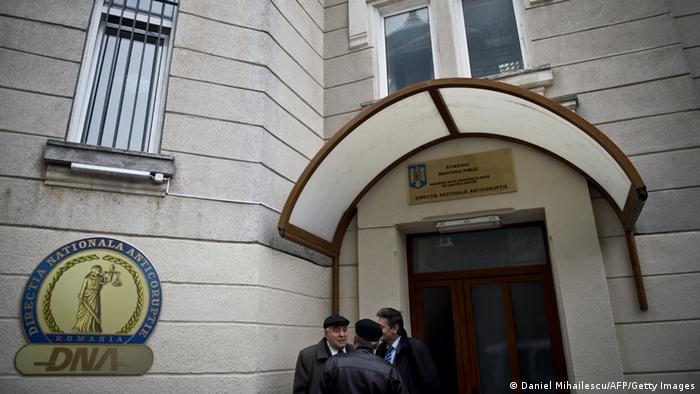 A corruption crackdown that has shaken the Romanian government to its core over the past 10 months has now extended to the world's largest water supplier, Veolia group, raising questions about the activities of Western European corporations in the EU's most corrupt country.

Apa Nova Bucuresti, the Romanian arm of the French-owned Veolia Group, has been accused of bribery, spying on its employees and buying the silence of the media in Bucharest, in an investigation by the Romanian Anti-Corruption agency (DNA). Prosecutors say the company has paid out millions of euros in bribes to Romanian officials in order to drive up the price of water for Romanian consumers, which has reportedly risen by over 1,400 percent since 2000.

Following a police search on the company's offices at the end of September, two French executives from Apa Nova - Bruno Roche and Laurent Lalague - were accused by DNA prosecutors of setting up secret bank accounts and creating fictitious contracts. Between 2008 and 2015, these were allegedly used to pay out over 12 million euros ($13.7) in bribes to two Bucharest high officials and a businessman, who in return used their influence to push through policies that would favor the company.

On October 7, the DNA stated that criminal proceedings had started against Roche, and the prosecution was continuing to investigate Lalague. Three Romanians, including the former advisor to the Bucharest mayor and a former party treasurer, have also far been arrested in connection with the case. 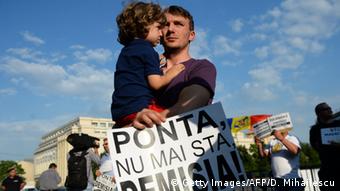 In a move reminiscent of Romania's communist past, Apa Nova hired former intelligence service workers to spy on the company's employees and make interventions to prevent anyone releasing information that could incriminate the company, according to a file made public by the DNA.

The same file accuses Apa Nova of buying the silence of the media. Through an intermediary company, Apa Nova "bought the 'goodwill' of the press which, for a period of time, didn't publish negative aspects linked to the activities of the firm from Veolia Group," wrote the agency.

The case comes amid a series of high profiles investigations by the DNA, which since the beginning of this year has worked on well over 6,000 cases and toppled many figures previously considered untouchable by the law. Recently, the agency's gaze has landed on the Romanian prime minister, Victor Ponta, who himself is under investigation for corruption.

The corruption crackdown has won plaudits from as far away as Washington and Brussels, with the latter demanding Romania tackle graft as a requirement of the country entering the borderless Schengen Zone.

But the Veolia case has prompted outrage from Romanian commentators, who see it as an example of Western Europe giving orders to the country to clean up its act with one hand, while pocketing the profits made off the back of corruption with the other.

Meanwhile, the Romanian government has reacted strongly against DNA's crackdown on corruption, arguing that it is detrimental to the Romanian economy as it deters officials from signing off on projects in case they come under DNA's gaze later on. They point to statistics which show that public investment in Romania is at its lowest level since the country joined the EU eight years ago, and to growth levels which have fallen since the crackdown began in earnest at the end of last year. 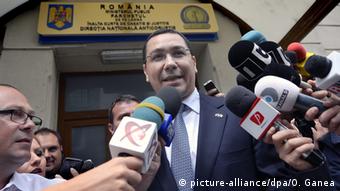 Earlier this year, Ponta accused the DNA of taking 'the country back to the times of Stalin or Ceausescu,' to general support from government ministers.

"Many politicians and businessmen in Romania consider corruption to be a kind of necessity, in order to bypass bureaucracy and make things happen efficiently," Andrei Astefanesei, an investigator at the anti-corruption watchdog Romanian Curata, told DW. "It is ridiculous, as where it does make things move faster, that business is never good for the society at large, but just for those few who profit off the back of it."

The majority of Romanians, it seems, share Astefanasei's view. DNA is repeatedly voted as the most trusted institution in the country, while calls for Ponta's resignation have hounded him since summer, when the DNA first mentioned his name in connection with corruption.

A criminal investigation has been launched against the mayor of Romania's capital, Bucharest. Sorin Oprescu is suspected of taking bribes from companies working on public projects. (07.09.2015)

In Transylvania, centuries-old churches are being "brutally revamped" using EU funds. Original features have been stripped in restoration projects mired in conflicts of interest. Luke Dale-Harris reports from Sibiu. (26.08.2015)