The US state of Washington became the first to legalize human composting as an eco-friendly alternative to burial and cremation. The Catholic Church denounced the process as undignified. 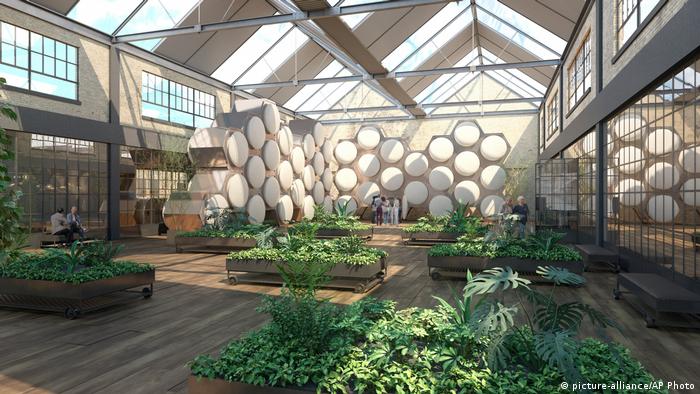 Washington became the first US state on Tuesday to legalize human composting after Governor Jay Inslee signed a bill aimed at cutting carbon emissions from burials and cremations.

The new law, which will go into effect in May 2020, will give people who die in the state the option to have their bodies transformed into soil suitable for use in gardening in a process called recomposition.

"Recomposition offers an alternative to embalming and burial or cremation that is natural, safe, sustainable, and will result in significant savings in carbon emissions and land usage," said Katrina Spade, who lobbied for the law and is the founder of Recompose, a Seattle-based company set to be the first to offer the service.

"The idea of returning to nature so directly and being folded back into the cycle of life and death is actually pretty beautiful," Spade added in a statement sent to the AFP news agency.

She said she became interested in the process about 10 years ago after turning 30 and thinking more about her own mortality.

Spade then looked into the technical aspects of creating an environmentally friendly "third option" that could compete with the conventional $20-billion US funeral industry.

Her approach, which was developed with Washington State University, calls for a body to be placed in a hexagonal steel container filled with wood chips, alfalfa and straw.

The container is then shut and the body is decomposed by microbes within 30 days. The end product is a dry, fluffy nutrient-rich soil resembling what one would buy at a local nursery and suitable for vegetable gardens. Clinical trials were conducted with donor bodies.

"Everything — including bones and teeth — is recomposed," Spade said. "That's because our system creates the perfect environment for thermophilic microbes and beneficial bacteria to break everything down quite quickly." 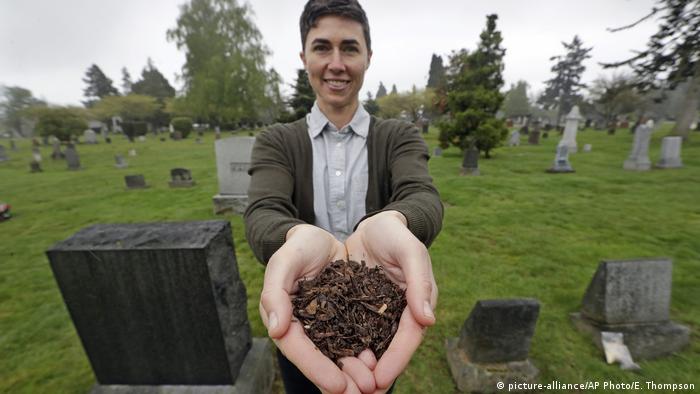 However, not everyone is enthusiastic about turning bodies into garden-variety soil, notably the Catholic Church, which has denounced recomposition as undignified. It has also questioned the environmental impact of the process.

"The practice of burying the bodies of the deceased shows a greater esteem toward the deceased," Joseph Sprague, executive director of the Washington State Catholic Conference, said in a letter to the legislative committee that examined the bill signed on Tuesday.

He added that using one's remains after recomposition as ordinary compost ran contrary to Church doctrine.

"The Catholic Church believes that disposing human remains in such manner fails to show enough respect for the body of the deceased," he wrote.

According to statistics, more than one in two Americans opt for cremation. In the state of Washington, nearly 75 percent of people choose cremation.

The process used by Recompose is the same as that used for decades with farm animals and the clinical trials carried out by the University of Washington found that it was also safe for use with humans.

Too expensive to die in Hong Kong

Known for its unaffordable housing, Hong Kong is not only an expensive place to live, but also to die. As the city runs out of space to store cremated remains, finding a final resting place is becoming a costly affair. (02.07.2018)