Journalism is increasingly a "suicide mission," with foreign correspondents in places like Syria and Yemen the victims of warring factions. And so, others are stepping into the void. 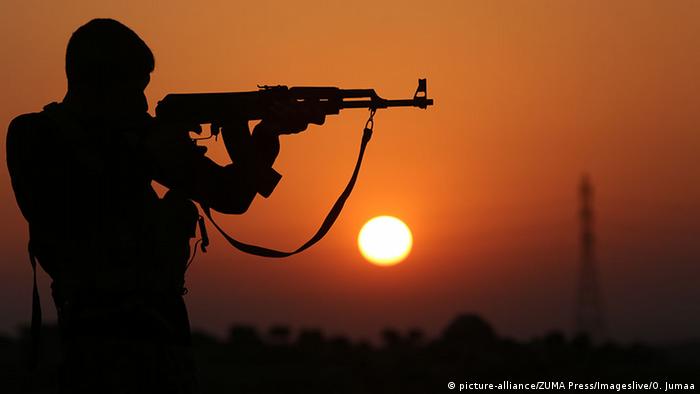 Sometimes his work can be dangerous, Husam concedes. The Syrian man, who goes by "Syrian activist against Assad brutal regime & ISIS" on Facebook and Twitter, has been posting videos from Idlib on social media for several years.

This has made him a target. In 2015, he was kidnapped by Jabhat al-Nusra, the Syrian offshoot of al-Qaida, which split from the terror network in 2016. They held him for 25 days, he told DW via WhatsApp, "on charges of communicating with British intelligence."

Finally, they let him go. Others are less lucky: Anyone reporting from Syria has long been a potential target of the warring factions in a conflict that has been dragging on for seven years. Independent journalists are kidnapped and murdered. Few are released. The Americans James Foley and Steven Sotloff and the Japanese national Kenji Goto are maybe the most well-known of the many foreign journalists kidnapped in Syria and then brutally murdered. All three of them were beheaded, the videos of their gruesome ordeal posted on Youtube and Twitter by the "Islamic State."

For the extremist group, these executions are a bloody propaganda, for others, kidnappings are a lucrative business, which promises vast sums of ransom money. 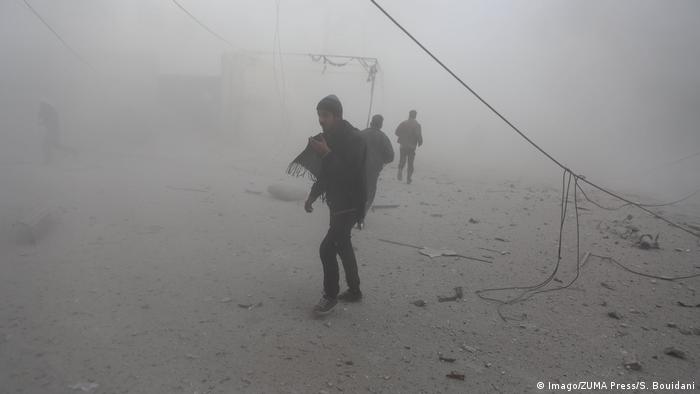 None of the warring factions are interested in independent journalism, which uncovers their lies and questions their propaganda.

Reporting from Syria is "a suicide mission," Martin Durm told DW. The German journalist knows this only too well from personal experience. In early 2012, when foreign journalists were still able to travel through Syria, Durm came under fire while reporting from Aleppo with a colleague. His media outlet called it a "targeted" attack.

Today, such a trip would be near impossible, unless undertaken in parts of the Kurdish regions and those controlled by the Assad regime.

Durm's last visit to Syria was in 2015. Since then, the regime has routinely ignored or denied his visa applications. Like so many other journalists, he is forced to report on a region that they can no longer access unless they travel "embedded" with the Russian military or Kurdish forces — restricted to witnessing what their hosts want them to see. 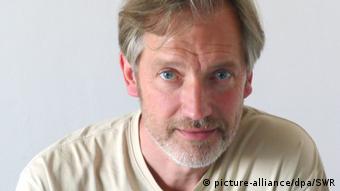 Durm: Journalism in Syria is a "suicide mission"

Journalists, often based in Cairo, Istanbul or Beirut, are forced to collect the material that local journalists and activists like Husam provide.

But, Durm warns, it's "incredibly difficult" to verify the information and reports. "Those who belong to the regime as well as the opposition — and today, let's be honest, that consists mostly of jihadi forces and Islamists — spread propaganda for their own cause."

Durm calls it a "deliberate disinformation campaign" by both the regime and the rebels.

But with independent correspondents hundreds of kilometers away, the Assad regime is able to, for example, repeatedly and vehemently reject the claim that it was behind the chemical attack on the rebel-held city Duma in early April, Durm says.

Duma isn't the only blind spot on the Syrian map. Durm points to Idlib, a province in northern Syria, where jihadi forces are gathering. The long-time war correspondent is convinced that Syria's last battle will be fought in Idlib, probably in the coming months. But: "It's impossible for foreign journalists to go to Idlib to experience the catastrophic situation there."

It's up to people like Husam to step in. He knows he might pay a high price for his work, but he continues. Why? His response is almost immediate: "The goal of my work is to convey the voice of the Syrian revolution and the suffering of the Syrian people and deliver it to Western society."

But it's not only Syria where reporting can be dangerous or even impossible for foreign correspondents, Libya, Yemen and parts of Iraq, too, are turning into blind spots. Durm is concerned that as the access to war and conflict zones is increasingly restricted, the consequences are wide-reaching. Matter-of-fact, detached news stories, sometimes of dubious origin are replacing well-researched articles, witnessed by experienced correspondents. These news stories are a far shot from the realities of war.

"In reality, war happens in real time: People die and suffer, and basically you have to fill your reporting with what you find on the ground, what you see, hear and smell," he says.

Durm is convinced that's the reason why the Syrian conflict is often only greeted with a shrug in the West, as "something that's inconvenient." Many, he thinks, would like to forget about the war entirely.

"That may be motivated by a secret longing that the war is finally decided in favor of Assad. Not because he's so popular, but because people want the whole thing to go away."

WorldLink: In the face of terror