The speaker of Indonesia's parliament, who is wanted for questioning in a graft scandal, has been hospitalized after a car accident. Social media users are joking that the crash is an elaborate stunt to avoid arrest. 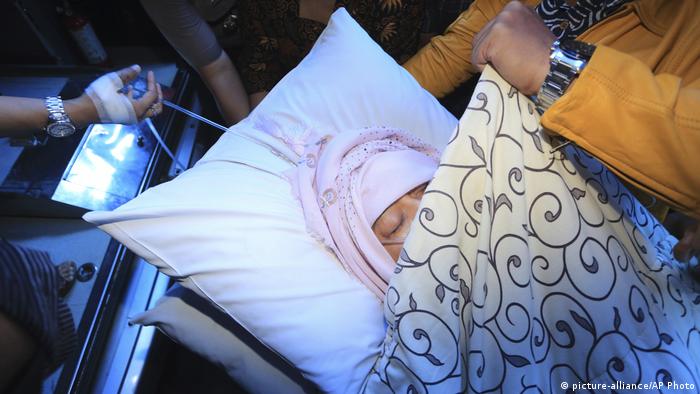 Anti-graft investigators put parliamentary speaker Setya Novanto under armed guard in hospital after he was involved in a car accident in the capital, Jakarta, his lawyer said Friday.

Last week, Indonesia's Corruption Eradication Commission (KPK) identified the politician as a suspect in the theft of $170 million (€144 million) of public money.

When officials tried to arrest Novanto during a raid at his Jakarta residence on Wednesday night, he was nowhere to be found, sparking concerns that he had gone into hiding.

A KPK spokesman said the crash happened late Thursday, shortly after the commission declared him a wanted person. 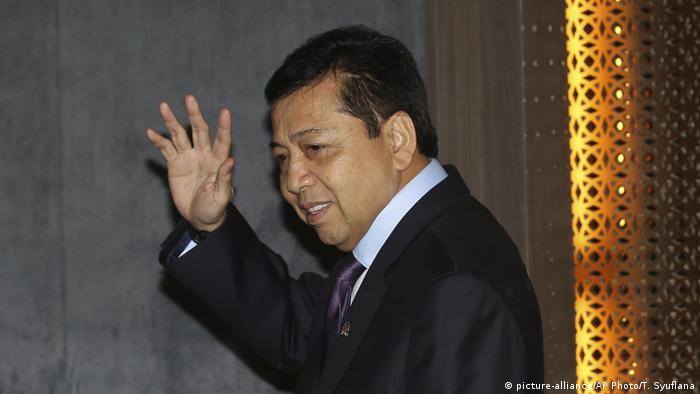 KPK officials say Novanto is among about 80 people, many of them lawmakers and parliamentary officials, accused of using a $440 million national electronic identity card scheme rolled out in 2011 and 2012 to steal more than a third of the funds.

Novanto, the chairman of the Golkar party, which is part of Indonesia's ruling coalition, has repeatedly ignored summonses from the KPK for questioning in recent months, pleading ill health and immunity as a legislator. Last month he used a controversial pretrial motion to get charges against him dropped.

KPK spokesman Febri Diansyah said the commission would liaise with doctors to see if Novanto was "fit to stand trial" and would continue its investigation.

Novanto's lawyer, Fredrich Yunadi, said a request for another pretrial motion had been filed on behalf of his client.

Yunadi added that Novanto was now "very ill" with head and hand injuries: "He can't even get up yet. He can't talk yet, it's just his eyes — when he opens his eyes the ceiling swirls in circles."

Many social media users, however, weren't convinced of the severity of Novanto's injuries. Photographs of a dented black SUV and of the politician apparently unconscious in his hospital bed circulated widely online late Thursday, with many on social media ridiculing the incident as an outrageous stunt to avoid questioning.

Some even suggested that Novanto might claim to have lost his memory and therefore be unable to answer any questions about the corruption scandal.

"Sit back and grab your popcorn, this ain't over yet," the human rights lawyer Veronica Koman said on Twitter.

Novanto attracted global attention in late 2015 when then US presidential candidate Donald Trump called him a "great man" during a news conference at Trump Tower.

According to Transparency International, Indonesians widely perceive parliament as one of their country's most corrupt institutions.

Indonesian bishop Hubertus Leteng was accused of having a mistress and siphoning off more than €100,000 in church funds. Leteng has denied the allegations. (12.10.2017)

Indonesian police has named the head of the country's Corruption Eradication Commission (KPK) as a suspect in a 2007 document forgery case - a move analyst Yohanes Sulaiman views as a heavy blow to the anti-graft agency. (17.02.2015)

Early results suggest the opposition PDI-P is set to win the most votes in Indonesia's parliamentary elections. Analyst Sandra Hamid says the results reflect the voters' desire for change and graft-free politics. (09.04.2014)