Analyst: Indonesian police seeking to ′defang′ anti-graft agency | Asia| An in-depth look at news from across the continent | DW | 17.02.2015

Indonesian police has named the head of the country's Corruption Eradication Commission (KPK) as a suspect in a 2007 document forgery case - a move analyst Yohanes Sulaiman views as a heavy blow to the anti-graft agency. 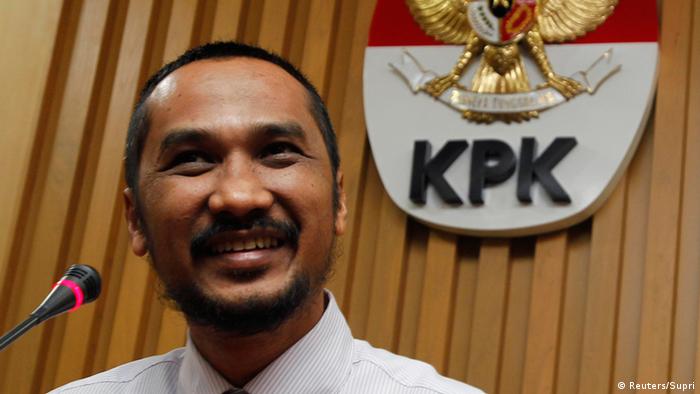 KPK Chief Abraham Samad is the highest-ranking official yet to be caught up in the feud between the two law enforcement agencies. The accusation, made on Tuesday, February 17, comes just a month after his deputy, Bambang Widjojanto, tendered his resignation after being temporarily arrested over charges of being a suspect in a 2010 perjury complaint.

Analysts believe the latest move against the KPK is in retaliation for the agency's decision last month to suspect President Joko "Jokowi" Widodo's choice for national police chief, Budi Gunawan, of receiving bribes - a move which forced Jokowi to postpone his appointment.

A court this week invalidated the KPK's decision. The issue of corruption has been plaguing the country for years now, with Indonesia ranking 107th out of 174 nations in Transparency International's 2014 Corruption Perception Index. 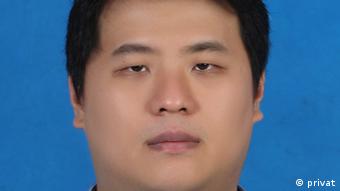 Sulaiman: 'The KPK and the police force have been squabbling for years'

In a DW interview, Indonesia analyst Yohanes Sulaiman explains the reasons for years-long rivalry between the police and the KPK and says the latest accusations will likely force one of the KPK chiefs to resign.

DW: What exactly does Abraham Samad stand accused of?

Yohanes Sulaiman: Samad is so far accused of falsifying documents to help someone apply for a passport, meeting a corruption suspect with the implication that he was actually asking for bribes, and lobbying to become Joko Widodo's running mate.

And the police also said that they would add more accusations later. In other words, the police force is trying to throw every possible accusation of wrongdoings at Samad and hoping that one or a couple of them would stick.

The two most senior officers from the KPK have now been identified by police as suspects in different criminal cases. What lies at the core of the dispute between the KPK and the police?

Joko Widodo's "Mr. Clean" image and appeal to young voters were often likened to Obama's promise of change back in 2008. But after 100 days in office, the president struggles to keep it alive, writes DW's Grahame Lucas. (27.01.2015)

Why didn't Indonesia's Jokowi stop the execution of drug traffickers?

100 days in power - Has Indonesia's Jokowi shaken things up?

Joko Widodo came to power on pledges of ushering in an era of change and a new leadership style. But while many praise the Indonesian President for economic reforms, analysts say his 'Mr. Clean' image has been dented. (26.01.2015)

Indonesian President Jokowi has shocked rights groups by defending executions of drug traffickers, saying the country faces an emergency over drug use. DW talks to the UNODC's Troels Vester about the nation's drug woes. (03.02.2015)

For instance, back in 2009, the police force found out that the KPK wire-tapped the conversations of high-ranking police officers. Without President Susilo Bambang Yudhoyono's intervention back then, the police force would have thrown the KPK leaders in prison.

They probably also figured out that this time their attempt to dismantle the KPK would actually find support from political parties which were often hit by the KPK. So yes, by arresting the top leaders of the KPK, it is hoped that they could defang the KPK once and for all, or at least weaken it so much that they no longer dare to fight the police anymore.

What has Jokowi done to stop the feud?

The perception of many people is that he has not done much to stop the feud or to save the KPK. In the beginning, he appointed an independent commission to give him advice on what to do, but later he proceeded to ignore the commission's suggestion. Then he promised to take a decision after the court's verdict and so far he seems to ignore this case.

Many people during the election voted for Jokowi because they saw him as a competent administrator and could act decisively to curb corruption. So, when he seemed to be adrift, the disappointment was palpable.

How does the feud harm the fight against corruption in a country that consistently ranks among the most corrupt in the world, according to Transparency International?

Well, regardless of its faults, the KPK is seen as the cleanest organization in Indonesia and the only body that really is serious in cutting down corruption. So there would be major public backlash if the KPK is defanged. At the same time, there are limits to what the public pressure can do, so a damaged KPK would do a great deal of harm in the fight against graft in Indonesia.

How do you expect the dispute to evolve in the coming days and what could President Jokowi do about it? 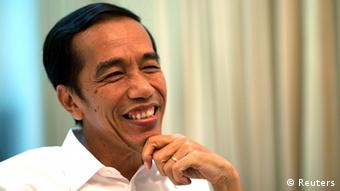 Many believe Jokowi 'has not done much to stop the feud between the police and KPK,' says Sulaiman

The police force will indict the heads of the KPK, which would force at least one of them to resign. Since all five leaders of the KPK have to be present and agree to make any decision, this would mean that the KPK can no longer do anything until someone else is appointed to fill the empty seat.

Jokowi could do much to resolve the situation. He could act like Yudhoyono, to tell both sides to make a deal and stop squabbling. By the end of the day, the police force has to obey Jokowi's order. But at the same time, I am not sure Jokowi is willing to do that, because had he been willing to do that, he would have done that weeks ago.

Yohanes Sulaiman is Lecturer in International Relations and Political Science at the Indonesian Defense University.