Johanna Wanka has been appointed as Germany’s new education minister. She replaces Annette Schavan who stepped down after being stripped of her doctorate for plagiarism. 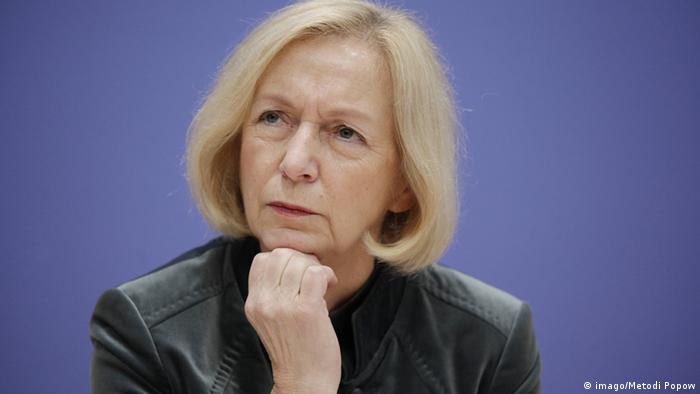 German President Joachim Gauck handed Wanka the education portfolio in a short ceremony attended by Chancellor Angela Merkel at his official residence in Berlin on Thursday.

Wanka, 61, is a mathematician from the eastern state of Saxony who has a broad background in education. Most recently, she worked as the federal government's education coordinator for the German states that are led by Chancellor Merkel's conservative Christian Democratic Union.

Gauck used the opportunity to thank outgoing education minister Annette Schavan for her seven years of service in Merkel's government.

"Many regret that education and research policy is no longer in her hands," the president said.

Schavan was a minister who was "highly respected in the political and scientific world, far beyond her own parliamentary group and coalition," he added.

Schavan announced that she would resign on Saturday, after the University of Düsseldorf said it was withdrawing her doctorate, after a panel found that she had plagiarized parts of her doctoral thesis.

The panel said she was guilty of "deliberate deception" for using passages of text that were not properly attributed to the original sources.

Schavan has denied this and said she planned to take legal action to challenge the university's decision.

"I neither copied nor deceived," she said, adding that "the allegations have hurt me deeply."

Schavan's resignation is seen as a political blow to Chancellor Merkel, just months before the next federal election. This was the second time the chancellor has seen a member of her cabinet resign over plagiarism, after former Defense Minister Karl-Theodor zu Guttenberg did so in 2011.