Children have to be old enough to give their consent to a religious circumcision, says leading pediatrician Maximilian Stehr. But the law does not need to be changed. 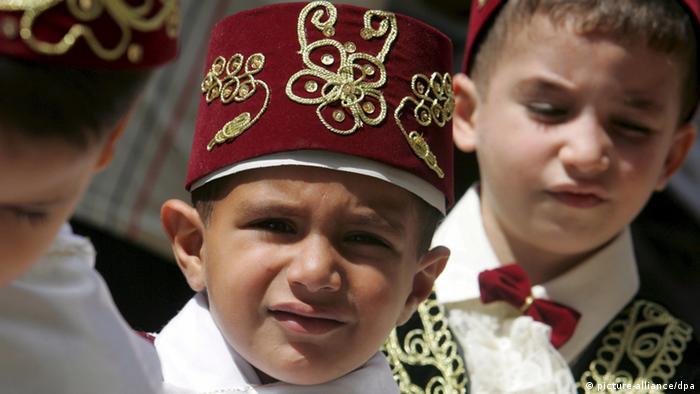 Maximilian Stehr is a pediatric surgeon at the University Hospital in Munich and chair of the working group on pediatric urology at the Germany Association for Pediatric Surgery.

DW: What has been the effect as far as pediatricians are concerned of the ruling by the court in Cologne regarding the religious circumcision of boys who are not yet able to give informed consent?

Maximilian Stehr: To start with, one should note that this ruling has not changed the law, it has merely interpreted existing law and applied it. There has of course been an effect on colleagues working in the field of pediatric surgery and urology in that the ruling has led to a public discussion, and, should similar charges be brought against a doctor in future, it will not be possible to argue [as in this case] that the doctor could not be expected to know that his actions were illegal. I know of many doctors who are currently not carrying out any circumcisions of boys who are not able to give informed consent.

What is your advice to doctors who ask whether they should carry out this operation?

I've always given the same advice, even before this ruling. I've always held the view that this medical intervention cannot be regarded as conforming to current law or current medical ethics. And so I continue to advise doctors not to carry out this operation, instead, if religiously-motivated circumcision is to be carried out, it should only be carried out at an age when the child or the young person is able to permit it himself or at least consent to it.

Would you see the issue of the inability of the child to give its consent as a bigger issue than that of the child's physical integrity? 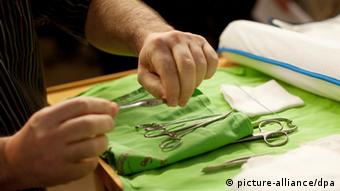 Most circumcisions in Germany are carried out by qualified surgeons

I don't think you can separate the two. Physical integrity is certainly the highest value. That goes without question. There are certainly medical conditions and situations in which people want to decide for themselves that they would like to change something about their body. That is standard procedure in cosmetic surgery - it's the same in pediatric surgery, for example, when we correct protruding ears. For that, the child has to be able to judge for itself the seriousness of the operation, as well as its risks and side-effects, and that is only possible when the child is 14 or 16 years old.

How far is this an issue of medical ethics?

Medical ethics is very closely related to the Hippocratic Oath. All our actions as doctors must work towards healing and towards the benefit of the patient to the best of our knowledge and conscience. A further principle is never to cause any harm. Both these principles are imperiled when one carries out the circumcision of a boy who is unable to give consent.

That means it's an unnecessary operation?

It is an unnecessary operation. All the benefits which are said to come from circumcision, some of which are certainly valid - for example, concerning sexual infections or penile cancer or the development of tumors - are all reasons which argue for circumcision as a possible preventative measure - but not at this age.

The German government wants to find a speedy solution to the problem, and it has hinted that it plans to introduce a law which will continue to permit religious circumcision. Would you consider that any solution must include restrictions as to age? 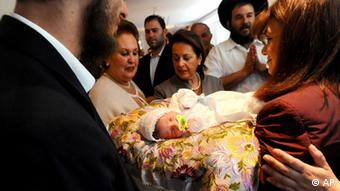 Jewish circumcision takes place at the age of eight days

I don't see any reason to pass a new law - one just has to apply existing law and existing medical ethics. There's no need for anything else. Then you come to the situation we have at the moment, that, if one wants to carry out such an operation which has no medical justification, it requires the consent of the patient. I would find extremely dangerous if there were to be a special law to permit such an operation to be carried out on, for example, Jewish children. That would go entirely against the principle of equal treatment. One could then certainly argue that this in itself would be discrimination.

Currently, though, it's the case that the parents can decide, since they have legal custody.

The legal custody of the parents only allows decisions which are clearly for the benefit of the child. That's why I consider this medical intervention to be illegal. It can only be dealt with if the religious communities can agree that the operation can be delayed until the child is old enough to decide for itself or to give its consent. There has to be a compromise, but I don't see any compromise possible which involves special laws for specific religious communities or other groups. That would go against the principle of equal treatment and would backfire in the end.

European Orthodox rabbis have protested a German court's ban on circumcision for religious reasons. The Jewish leaders say it's yet another example of the marginalization of minorities. (11.07.2012)

A state court in Cologne has caused uproar among Jews and Muslims by criminalizing circumcision. But the legal row is far from over. (28.06.2012)

Listen to our report on circumcision