VW mulls e-battery factory of its own

Media reports have suggested German carmaker Volkswagen is considering building its own battery production facility to foster e-mobility. It could be a crucial move to lessen dependence on Asian producers. 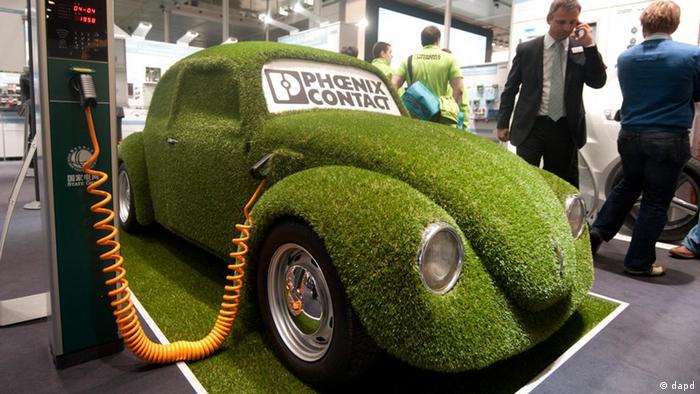 With the auto industry slowly edging towards alternative propulsion systems, Wolfsburg-based Volkswagen Group was thinking about an e-car battery production factory of its own, German news agency DPA reported Thursday, citing executives on terms of anonymity.

The agency said it was told such a facility could cost up to 10 billion euros ($11.2 billion), with Salzgitter in the German state of Lower Saxony being a likely location for the unit.

German business daily "Handelsblatt" had reported VW's management looked increasingly inclined to take the production of e-car batteries in its own hand with a view to becoming independent of Asian producers.

The carmaker indicated that great emphasis would be placed on the production of more efficient battery cells, which it said were key to the breakthrough of electric vehicles. Right now, potential buyers of e-cars are often put off by such vehicles being too expensive and the driving range being too low to convince customers. The assumption is that improved batteries would change the picture dramatically and spur the sale of such cars.

Volkswagen said it aspired to become the world leader in e-mobility technology by 2018. The shift to more hybrid and all-electric vehicles could also help the embattled auto maker improve its image after admitting it had manipulated emissions tests in the lab by installing defeat devices in millions of diesel cars worldwide.

A VW battery factory for e-cars would help employees in Salzgitter make their jobs safer. Right now, the production facility there focuses on conventional combustion engines, for which there may be less demand in 10 year's time. Works council chief Bernd Osterloh warned the facility could face a massive employment problem, should nothing more future-oriented be found for the workers on the ground.

With or without a battery factory of its own, Europe's largest carmaker aims to sell a million all-electric vehicles in 2025, with the units to come from its core brand VW as well as from Audi, Porsche and other subsidiaries.

As sales of e-cars languish, the government and carmakers are mulling over a new subsidy scheme to create incentives for car buyers. Chancellor Angela Merkel is meeting auto executives Tuesday to discuss the plan. (01.02.2016)