First it cheated on emissions tests; now Volkswagen has come under fire for potentially misusing billions of euros in EU funds. The irony: the money was meant to fuel the development of eco-friendly engines. 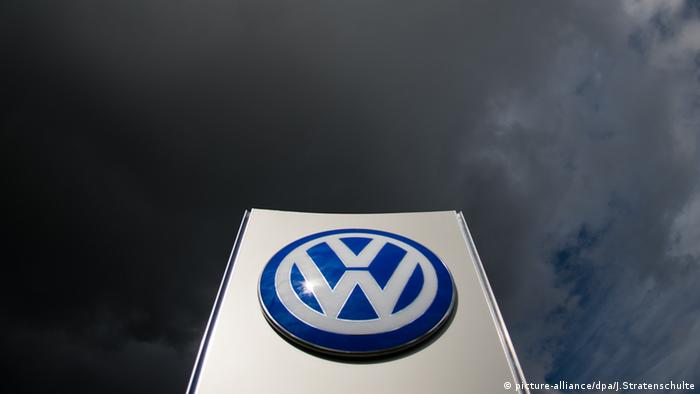 On Wednesday, the European Commission's Anti-Fraud Office (OLAF) told DW that it could confirm reports that it had launched an investigation into the Wolfsburg, Germany-based company.

"OLAF is investigating the possible misuse of EU financial means, which could be linked to the production of engines or devices implicated in the manipulation of the real level of gas emissions of vehicles," the office said in a written statement.

Quoting EU sources close to the inquiry, German daily "Süddeutsche Zeitung" wrote on Wednesday that Volkswagen was suspected of having misappropriated EU funds awarded to the auto maker for research and development (R&D) purposes.

The lion's share of those funds, wrote the newspaper, came in the form of cheap credit from the Luxembourg-based European Investment Bank (EIB). A spokesperson for the bank told DW it had lent VW in Europe some 4.5 billion euros ($5 billion) since 1990, with an additional 500 million euros to support development outside the EU. The EIB also said the carmaker had yet to pay back around 1.9 billion euros of the low-interest loan.

The EIB said the cash injection was intended to fuel the auto maker's development of eco-friendly engines. But in light of September's revelations that VW spent the last years cheating on pollution tests, the uncomfortable question facing the auto executives is: what exactly did they spent the R&D funds on?

If found guilty, it is not clear what is in store for VW. The EIB spokesperson said the scope of the allegations were "unprecedented" in the history of the bank, adding that the lack of precedence made it impossible to say what legal consequences this could have for the company.

"We really have to wait and see what the investigation turns up," said the spokesperson.

OLAF stressed that VW remained innocent until proven guilty. But with VW refusing to comment on the allegation, and EU authorities playing their cards close to their chest, the clouds of speculation are likely to loom over Wolfsburg for the rest of the year.

Attacked from all sides

The investigation comes as Volkswagen is struggling to regain trust from consumers and regulators alike. The carmaker is already facing an avalanche of lawsuits - particularly in the US, where prosecutors have so far consolidated more than 500 complaints from disgruntled buyers, who feel betrayed by the company's cheating. In addition, the US Environmental Protection Agency has warned that VW could be facing penalties of up to $18 billion.

Despite posting surprisingly strong sales in the wake of the public embarrassment, the damage to the company's image has come at a steep cost for the company.

On Wednesday, the European Bank for Reconstruction and Development (EBRD) slammed the brakes on 250 million euros of funding that would have helped Volkswagen build a new factory in Poland. According to the Reuters news agency, the project, which was approved "around the middle of the year," has been "frozen" pending the ongoing investigation.

"At the very least, [the loan] is going to have to be repriced, but it could get pulled altogether," unnamed EBRD officials told Reuters.

What did Bosch know?

But VW is not the only company on investigators' radar. Just hours before OLAF confirmed its probe, German state prosecutors announced they had launched an investigation into auto supply giant Bosch over its role in Volkswagen's test-cheating.

The prosecutors in Stuttgart said they were looking into whether Bosch had helped VW engineer the so-called "defeat device" software, which the carmaker installed in its diesel engines to cheat pollution tests. VW has admitted to equipping at least 11 million vehicles with this software.

"In the wake of what was reported about the emissions case at Volkswagen, we concluded that someone must have produced the software," Claudia Krauth, a spokesperson for the prosecutor's office, told the Bloomberg news agency. "It was obvious which company came into question," she added.

In September, German newspaper Bild am Sonntag reported that the German automotive supplier may have warned Volkswagen about the illegality of the software as far back as 2007.

Bosch, for its part, has dismissed any allegations of wrongdoing as an association fallacy. But company spokesperson Rene Ziegler said Bosch is cooperating with the German authorities.

Top-ranking executives at Volkswagen have admitted the carmaker's emissions scandal was the result of a "chain of mistakes" made possible by a company culture that tolerated rule-breaking. (10.12.2015)

Embattled German carmaker Volkswagen has reportedly reached an agreement with several banks on the terms of a planned multi-billion-euro bridge loan to help it shoulder the costs of its emissions scandal. (02.12.2015)