Ahead of the parliamentary election in the German state of Hesse, an international computer club has called on the courts to prohibit the use of voting. The club has said the machines could be easily manipulated. 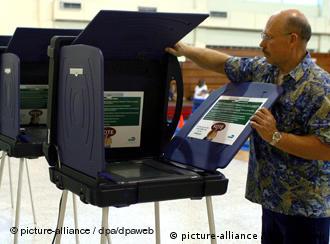 Eight different cities and districts have planned to use voting computers for the Jan. 27 state parliament election in Hesse. The computers are intended to replace paper ballots for for about 100,000 of the states 4.3 million voters.

But one voter in Hesse has taken the lead, along with members of the Chaos Computer Club (CCC), and filed an injunction with the Hesse State Supreme Court against the use of voting computers in the forthcoming election. 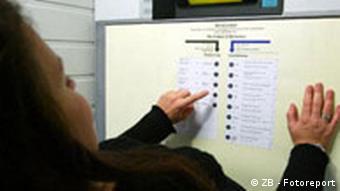 Electronic voting machines were used in Saxony-Anhalt in 2002

The Dutch reverted to paper

Past elections in the Netherlands have shown that the machines can be tampered with. Since 2006, the Dutch have gone back to voting on paper -- after hackers from CCC and a Dutch group exposed technical security and transparency flaws among Nedap voting computers.

While the Hesse Interior Ministry has implemented what it calls "security measures" to protect computer voting vulnerabilities among ESD1 and NSD2 models, which the state intends to employ, the computer organization said measures still do not address the fundamental problems with the voting machine system.

Dirk Engling, a spokesman for the CCC, noted on the club's Web site one basic issue with the computer technology: "The voter doesn't know if software or hardware has been manipulated."

"No checks and balances"

Furthermore, lacking a paper printout confirming the vote, there is no way of proving that the tally stored in the machine really corresponds to the votes cast. Paper ballots, at least, can be recounted, he added. 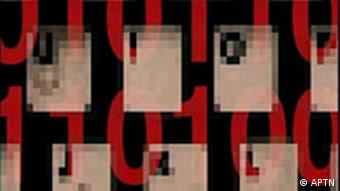 Without a paper trail, there's no way to prove whether votes are counted correctly, the CCC said

Another spokesman for the CCC said that no voting computer in the world can fulfill all security requirements.

Other counties in Hesse have chosen not to use the computerized voting system, citing financial or reliability reasons for their decision to revert back to paper ballots.

During local elections in March 2006, 13 communities in Hesse employed a total of 306 voting computers, with around 180,000 citizens casting their votes via such machines.

Should the Hesse State Supreme Court allow the use of the machines for this election, the prosecuting counsel for CCC said there were "dozens of volunteers who would raise objections against the ballot after the election."

Estonians Use the Internet to Vote in Elections

Estonians streamed to polling stations to cast traditional paper-ballot votes in the EU newcomer's parliamentary election, but they were also the first in the world to have allowed voting by Internet. (04.03.2007)

Several million Germans will be using machines to cast their votes on Sept. 18. But many still eye the method with suspicion. So far, only one company has managed to comply with Germany's stringent rules. (06.09.2005)

What do you think about computerized voting? Please include your name and country in your reply.