The German carmaker's top boss in the US has stepped down almost six months after the firm became embroiled in an emissions cheating scandal. Michael Horn said he was leaving Volkswagen to "pursue other opportunities." 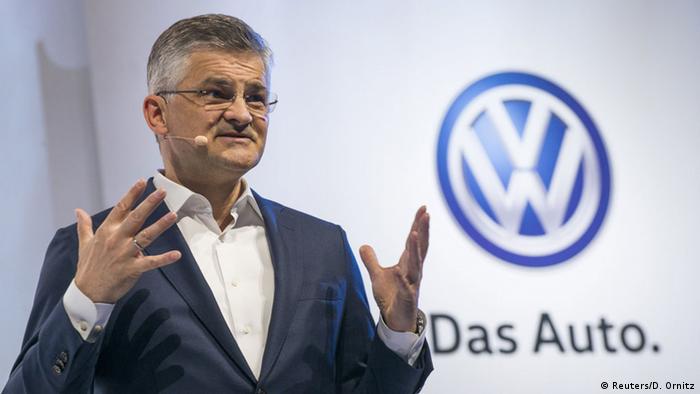 Volkswagen announced on Wednesday that Horn would leave "effective immediately" by mutual agreement with the company.

"I want personally to say 'thank you' to Michael Horn for the great work he has done for the brand and with the dealers in the United States," said Herbert Diess, chief executive of the Volkswagen Passenger Cars brand, in a company statement.

Horn became CEO of the Volkswagen Group of America in January 2014. He was in charge last September when the US Environmental Protection Agency issued a public notice of violation of the Clean Air Act to VW. The firm was accused of installing defeat devices and software in at least 11 million vehicles worldwide, many in the United States.

Horn himself made the headlines, saying - while at a car launch event - that the company had "totally screwed up."

Horn’s role since the 'Diesel-gate' scandal

The company's statement announcing Horn's resignation said merely that the 54-year-old was leaving "to pursue other opportunities." The firm faces major litigation in the United States, with the strong possibility that it will have to pay billions of dollars in penalties.

Horn was sent to apologize to consumers at a congressional hearing in October, when he told lawmakers that top executives had no knowledge of the cheating software.

"To my understanding this was not a corporate decision, this was something individuals did," Horn said, adding that he felt personally deceived.

In its statement, VW said the group's North American regional head, Hinrich J. Woebcken, would be taking over at the helm on an interim basis.

An organic farmer claims emissions from Volkswagen contributed to climate change and are responsible for damaging his farm. A German court has already expressed doubts as to the case's viability.

The EU's Justice Commissioner called on Volkswagen to pay out to all EU consumers affected by Dieselgate. The EU also accused Volkswagen of being unwilling to work with consumer groups.