'Voice of Germany' favorite is newcomer from Indonesia

Claudia Emmanuela Santoso moved from Indonesia to Germany in 2018. The talented singer has just won the German reality talent show "The Voice of Germany." 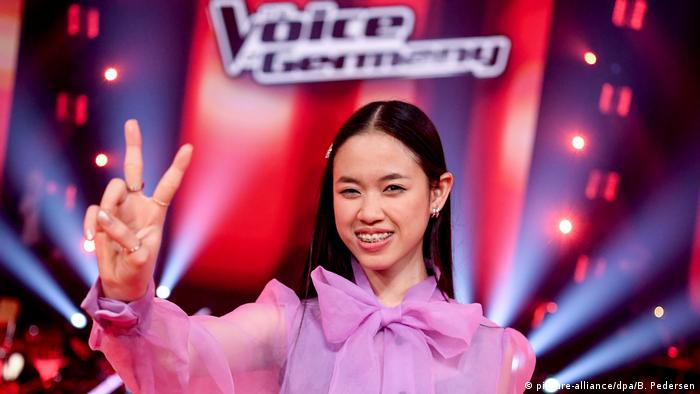 All four coaches turned around in their swivel chairs to check out the singer during the blind audition phase of the most recent casting for The Voice of Germany — and that is unusual. Prominent musicians themselves, the coaches try to win young talents for their respective teams to win the show. In the first rounds, the jurors sit with their backs to the participants; the singers' voices alone are to convince the jurors to pick a singer for their team.

At her first appearance a few weeks ago, Claudia Emmanuela Santoso got to choose which team she wanted to join, each headed by a star. Rea Garvey, Sido, Alice Merton and Mark Forsterall hit their buzzers when the 18-year-old sang "Never Enough" from the film The Greatest Showman. Her vocal power convinced them all. "We can go straight to the finale," said Rea Garvey. In the end, Santoso chose the team headed by pop musician Alice Mertons ("No Roots"). "You rock my world," an emotional Merton said.

From German language classes straight to the stage

Santoso was the hands-down favorite ahead of the finals — the talent show is in its ninth season — on November 10. The young woman left the Indonesian city of Cirebon for Germany in the summer of 2018 and soon signed up for the casting show.

She only took German language classes in Indonesia for three months, Santoso told DW, adding that she and her cousin, who also attended the class, actually watched The Voice of Germany in their home country. "I thought that if one day I live in Germany, I would like to take part in the auditions."

She was enrolled in a music school at the age of four, took piano and violin lessons and trained her voice. The young singer has been posting clips of herself on her Instagram account for quite a while. Her success on TV has garnered her more than 120,000 subscribers. 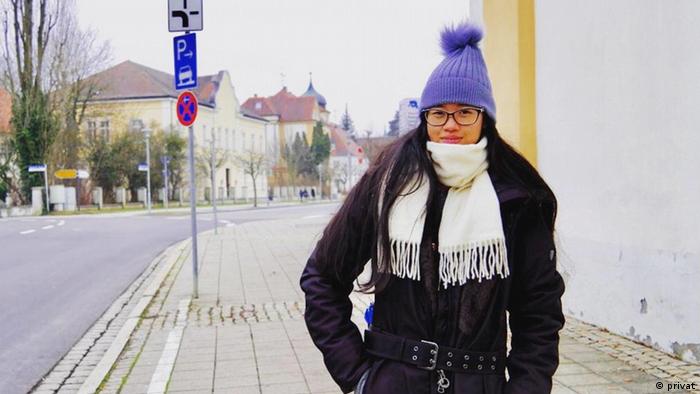 Is she a robot or a machine?

A video of her first performance on The Voice of Germany garnered her more than 21 million views on YouTube. Round after round, she cemented her great talent. "I have the feeling that you are a robot or a machine ... How can you sing so perfectly? It's unbelievable," said German rapper Sido. The young singer — who laughs with glee when showered with praise, flashing her braces — has certainly won the hearts of the coaches and the audience alike.

People in her hometown of Cirebon flock to public venues to watch her performances in the German casting show. The Indonesian daily Kompas reported about Claudia Emmanuela Santoso, and the Indonesian Consul General in Frankfurt congratulated her on Twitter on her success.

"I hope to learn a lot by participating in The Voice of Germany," the young talent said, adding she hopes to make new connections, meet people and get to know the entertainment industry. "The most important thing for me is to create something, my own song or a single," she said. "I want to give my own concerts — but I also want to continue my studies." Santoso studies music in Munich.

In Munich, the young woman is active in an Indonesian community — that helps against feeling homesick. She moved to Germany alone, without her family. They watched her first performances from home via video messenger, but for the finals on Sunday, the family was headed to Germany to support Claudia Emmanuella Santoso, hoping for a great triumph.

They weren't let down, as Santoso won with 46% of the audience vote. She and the other finalists will start at tour of Germany on December 6.

After criticism over her planned performances in Russia, singer Maruv will no longer be traveling to Tel Aviv. It's not the first time Ukraine's Eurovision pick has stirred political controversy. (26.02.2019)

Last night’s German Dubbing Awards ceremony honored the star voices behind foreign films dubbed into German. But what makes a nation full of polyglots so attached to watching films in their native language? (24.05.2019)

Rea Garvey and his Irish roots