Grounded in a storm, Viking Grace's 429 passengers and crew spent an unexpected night aboard before tug boats arrived to pull the vessel ashore. The incident appears trivial compared to a 1994 Estonia ferry disaster. 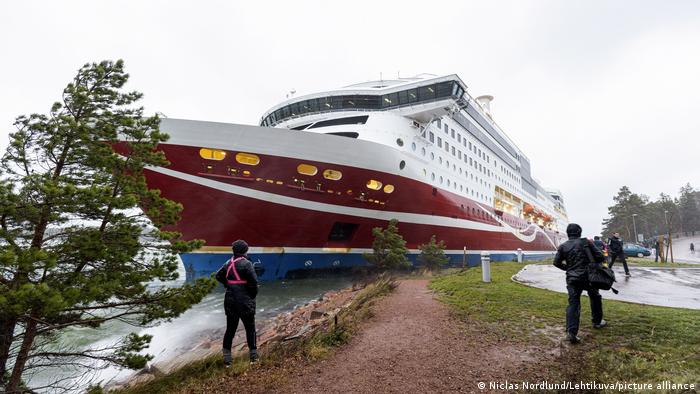 The Finland-based Viking Line Group said its 429 passengers and crew spent Saturday night aboard the Viking Grace ferry after running aground next to islands between Sweden and Finland.

Divers inspected the hull of the vessel and the situation onboard was "calm," according to a statement from the company on Saturday night.

Passengers were offered dinner and were told they would "spend the night onboard" and "leave the ferry tomorrow."

On Sunday morning, the terry was towed by tugboats to the Mariehamn ferry terminal, where passengers disembarked for a short time.

They were due to be allowed back on the ferry later Sunday, where they would be informed which vessels would transport them to Finland and Sweden.

The daytime voyage from Turku, Finland, to Stockholm normally takes about 10 hours, including the brief stop at Mariehamn.

The Viking Grace, listed with capacity for up to 2,800 passengers and 500 vehicles, had been deployed Saturday because of a storm warning, instead of a smaller less sturdy vessel, Viking Line told the AFP news agency.

Passenger numbers had been kept low due to COVID-19 travel precautions.

Commissioned in 2013, the shipping company on its website highlights the vessel's "modern" liquefied natural gas (LNG) fuel system and a 24-meter-high rotor sail designed to produce "thrust from wind." 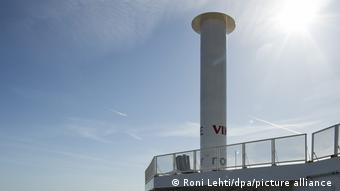 Last September, another Viking Line ferry, the Amorella, also ran aground in the archipelago and passengers had to be evacuated from the ship.

The archipelago has shallow waters and narrow passages tricky to navigate.

Crossing from Tallinn, Estonia, to Stockholm, the ferry Estonia sank, costing 852 lives, mostly Swedish, making it the second-deadliest peacetime sinking of a European ship after the Titanic disaster of 1912.

In 1997, an investigation found that the Estonia's bow door locks had failed in a storm.

But, new underwater footage broadcast earlier this year showed a hole in the ship's hull.