Vicious Circle of Decline in the East? | Business| Economy and finance news from a German perspective | DW | 14.10.2005

Vicious Circle of Decline in the East?

A new study out warns that eastern Germany could be trapped in a vicious circle of depopulation and shrinking investment, which could have drastic consequences for the region. 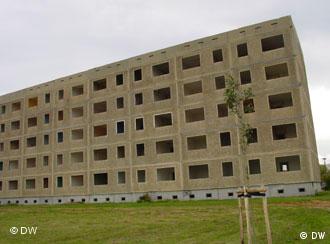 While Helmut Kohl, chancellor at the time of German unification, promised eastern Germans "flourishing landscapes," what is their reality 15 years later in most of the region is empty apartment buildings and shuttered businesses.

The report, published by the state-owned KfW development bank on Thursday, predicted that while western Germany's population would likely shrink by six percent between 2002 and 2050, in the east, that drop could be as high as 25 percent.

The pool of available workers is expected to fall by 55 percent over the same period, the report said, as more and more young people head to the west to find jobs. 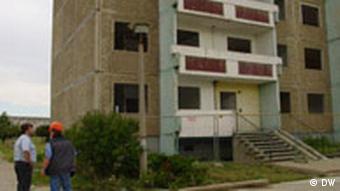 While the federal state of Saxony in the east is doing well, and even topped the list of most dynamic state economies in a recent comparative study, most of the eastern states are afflicted with slow growth, high unemployment and a deep feeling of malaise -- not exactly magnets for investors.

East Germany's economy was already on its knees when the Berlin Wall fell in 1989. It's inefficient companies were propped up by the state. When they had to compete with dynamic eastern competitors -- and pay wages more in line with the west -- they had no chance. Unemployment in the east is twice as high as in the west. 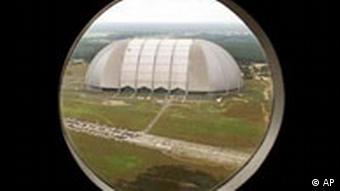 Several high-profile failures of big projects, like that of CargoLifter, have left people pessimistic

"It's an enormous burden for the people in the east, not only financially but psychologically, since it leads to apathy, destroys any hope for the future, and spurs migration," Irsch said.

This is despite the more then one trillion euros ($1.2 trillion) which has been spent by the federal government since unification to bring the east up to western standards.

If current trends continue, Irsch said, they would only feed off themselves, forming a downward-spiralling vicious circle that would be hard to bring to a halt.

Part of the problem, he went on to say, is that there are too few large firms in the area or smaller companies that were leaders in the field. He suggested that easier access to cash for investment be granted to smaller enterprises and that government and industry should work together to improve education and training, and try to keep skilled workers at home.

"With quality education and training, together with the necessary individual mobility, we can offer people a future and tackle the challenges of demographic change," he said.

An Economic Motor in the Stalled East

A new comparative study ranking economic dynamism in Germany's federal states has put Saxony at the top of the list, setting it far apart from its eastern brethren, most of whose economies are barely limping along. (Oct. 8, 2005)

Fears that rich Germans would storm into Poland following EU enlargement and buy up properties appear unfounded. Houses are being bought, but it's the Poles who are finding deals -- in East Germany. (Aug. 20, 2005)

The German Fear of Reform

Germany might be in the middle of a deep economic crisis, but the country's high unemployment and weak growth are probably the best things ever to happen to Angela Merkel's career. (Aug. 15, 2005)