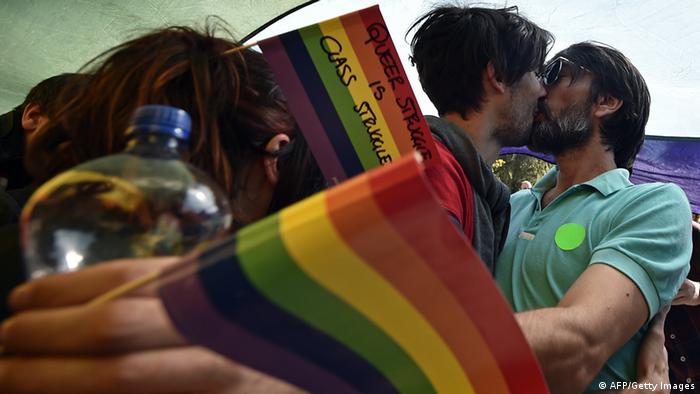 Speaking in an interview published in Wednesday's edition of the Italian daily "La Repubblica," Venice Mayor Luigi Brugnaro said he intended to prevent gay pride parades from being held in the city for as long as he remained in office.

"There will be no Gay Pride in my Venice," Brugnaro said, before going on to describe such events as "a farce" and "the ultimate in kitsch."

"Let them go and do it in Milan or in front of their own homes," Brugnaro added.

The mayor, who is also a businessman insisted, however, that he had gay friends and was in no way homophobic.

Flavio Romani, the president of the rights group Arcigay, which organizes gay pride parades in several Italian cities each year, responded to the comments by accusing the mayor of seeking to impose his personal preferences on an entire city.

"Venice is not his city. At the moment he is governing it, but he won't last long, given the fool he is making of himself," Romani told Reuters news agency.

"He is becoming obsessive about this. Venice does not deserve it," he added.

The Veneto region where Venice is located holds a gay pride parade each year. Romani said the event, which is scheduled to return to the city of canals in 2016, would go ahead despite Brugnaro's objections.

"We will be back next year and we invite the mayor to march at the head of the parade with us. That way he will see what a gay pride really is," he said.

Speaking to AFP news agency, Fabrizio Marrazzo, a spokesman for the lobby group Gay Center, accused Brugnaro of trying to turn Venice into an "off limits" zone for gays and lesbians.

"We have to respond. We cannot accept such blatant discrimination," Marrazzo said.

Brugnaro, who was elected mayor on a center-right ticket in June, previously angered the gay community shortly after taking office by banning text books that depicted same-sex partnerships from the city's schools. In response, British pop star Elton John took to his Instagram account to brand the mayor as "boorishly bigoted."