In a move that could deal a massive blow to the opposition's super majority, Venezuela's socialists have filed legal complains against eight lawmakers. Opposition lawmakers have warned of an "attempted judicial coup." 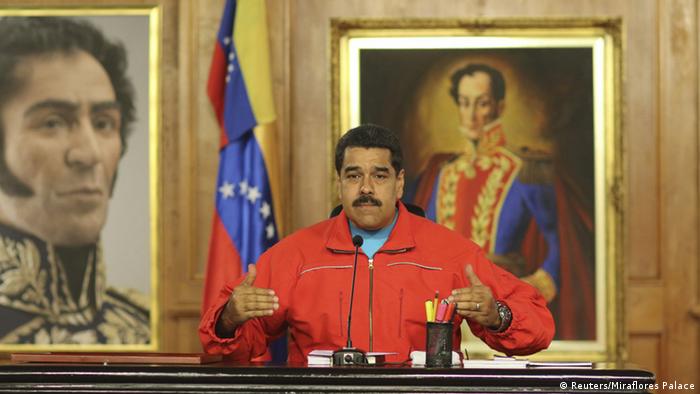 The United Socialist Party of Venezuela filed a legal challenge against the election of eight opposition lawmakers in a move that could threaten the opposition's two-thirds majority in the National Assembly, the nation's highest court said on Tuesday.

The legislative elections handed the Socialists their first defeat in 16 years. Now the opposition and the administration must govern together - or Venezuela could sink deeper into chaos.

Earlier this month, the Democratic Unity Roundtable (MUD), a coalition of opposition parties, won 112 of 167 seats in a landmark victory at legislative polls, striking a major blow to the socialist "revolution" initiated by the late President Hugo Chavez in 1999.

The opposition's super majority effectively gives it the power to remove officials, including ministers, from office.

It also allows MUD to put legislation to a referendum, and possibly force President Nicolas Maduro out of office before his mandate finishes in 2019.

The Venezuelan Supreme Court of Justice's statement did not specify the grounds on which the eight opposition lawmakers' seats were being challenged.

Meanwhile, leaders of the opposition condemned the move as an "attempted judicial coup."

"The defeated leadership has filed six new motions against the will of the people expressed on December 6," wrote MUD chief Jesus Torrealba on Twitter.

Amelia Belisario, a congresswoman-elect whose seat is being contested by the legal complaint, also took to the social media platform to criticize the move.

"Nothing will block the swearing-in of the 112 legislators who favor change," Belisario said in a tweet.

If the Supreme Court decides the socialists' challenge is valid, it would strip the opposition of a two-thirds majority, dealing a major setback to their political ambitions.

The challenge signals a wider political struggle for the oil-rich nation, which has been economically devastated due to the global drop in fuel prices.