An opposition leader has blamed the government for not releasing political prisoners and allowing a referendum on the presidency. But the ruling Socialists have also expressed concern that the talks are going no where. 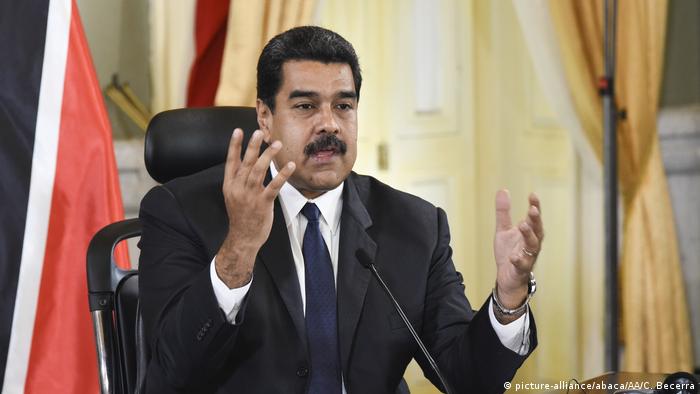 Venezuela's central bank has said it will issue higher-denominated currency notes mid-December. The country is facing an acute economic crisis as its inflation is expected to surpass four digits next year.

Jesus Torrealba, leader of the opposition coalition, said the government had not done enough since talks began in October.

The opposition has demanded that the government enact several measures to build trust, including releasing political prisoners and allowing a vote to recall Maduro's presidency.

Opposition forces have made concessions to the government by suspending planned street protests and ending a symbolic impeachment effort in Congress.

"It would be insincere to keep sitting there as if nothing has happened," Torrealba said. "We'll only sit down with the government again once they meet what was agreed on."

However, socialist party leader Diosdado Cabello on Monday said the government had also grown wary of the talks, noting that the cardinal involved in the mediation efforts had spent too much time with the opposition.

Under Maduro, Venezuela has witnessed a deepening recession that created massive shortages of food and medical supplies.

While the opposition holds the president accountable for the country's economic and political crisis, Maduro has blamed Washington, claiming the US is attempting to oust him.

A handful of opposition parties have refused to join the talks all together, saying it is a ploy by the government to diffuse the movement's momentum.