The president described the bill as legal impunity for "murderers" and "terrorists." But the UN, EU and human rights groups have denounced the "arbitrary detention" of opposition leaders in the South American nation. 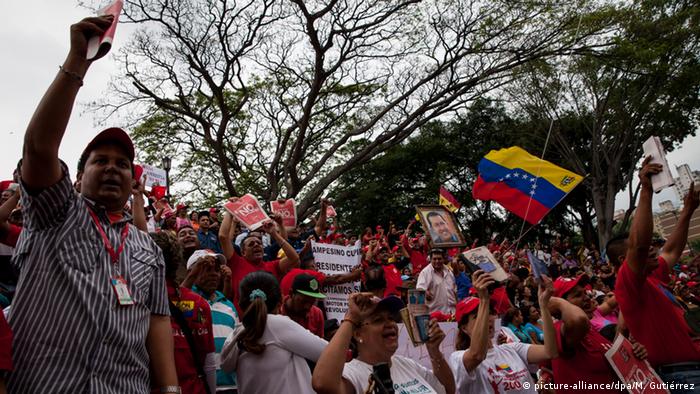 On Thursday, Venezuelan President Nicolas Maduro said he had decided to ask the Supreme Court to "declare the law of criminal amnesty unconstitutional," claiming that it protects "murderers" and "terrorists," according to a statement from the Information Ministry.

Maduro addressed thousands of his supporters, who demonstrated in front of the presidential palace against the amnesty bill, accusing the opposition lawmakers of pardoning "coup plotters."

The military has declared its allegiance to the president as the country faces a political crisis.

"I'll say something strong," Maduro said. "If they someday accede to political power of the presidency as a product of economic warfare, the Bolivarian movement and the Venezuelan people would go to the streets in a civil-military insurrection."

"Make no mistake with the people of Venezuela," Maduro said. "We want peace, but we are warriors."

On March 29, the opposition-dominated legislature passed the amnesty bill, effectively paving the way for the release of political prisoners, including opposition leader Leopoldo Lopez.

In 2014, he was sentenced to 13 years in prison for alleged involvement in deadly anti-government protests. 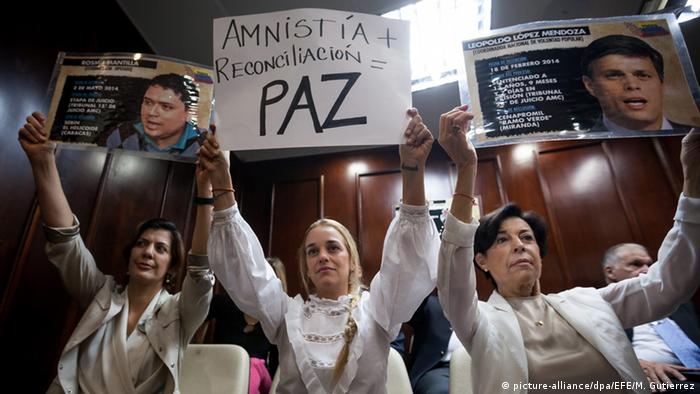 Lilian Tintori, Leopoldo's wife, described the bill as a "major step forward in rescuing democracy and liberty" after it passed the National Assembly.

The UN, EU and several human rights groups have criticized the "arbitrary detention" of political opponents.

"The prolonged and arbitrary detention of political opponents and protesters in Venezuela is causing more and more concern internationally," al-Hussein had said in a 2014 statement following Lopez's detention.