There have been demonstrations in Venezuela in support of jailed opposition leaders including Leopoldo Lopez. He called for a date for elections and freedom for political prisoners via a video from his prison cell. 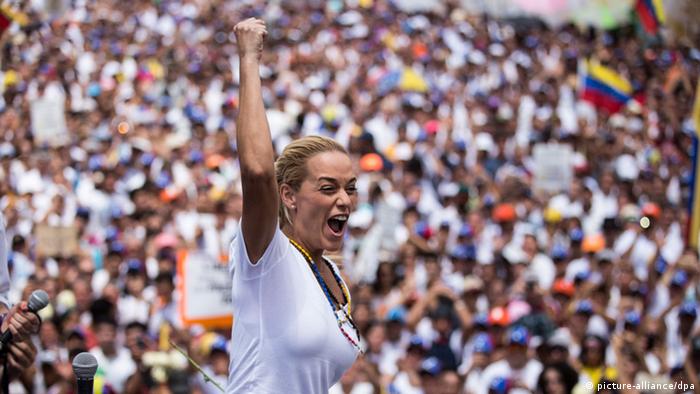 The day of marches on Saturday was called by imprisoned opposition leader Leopoldo Lopez via a short video from his prison cell.

Little has been seen of Lopez since he was jailed for 15 months for his leadership of protests held during the spring of 2014 when dozens of people died.

A Harvard-educated former lawyer, Lopez called for the demonstrations to demand a firm date for this year's legislative elections and freedom for jailed opposition politicians like himself who human rights groups consider political prisoners.

The opposition coalition did not endorse Saturday's rallies. Before his imprisonment last year, Lopez clashed with other high-profile politicians, including moderate opposition leader Henrique Capriles, about the wisdom of organizing nationwide protests.

Capriles came close to beating President Nicolas Maduro in the 2013 presidential election, led a march through the inland town that is home to a prison where former opposition mayor Daniel Ceballos was transferred from a military jail last week.

Washington has reportedly launched a probe into alleged high-level drug trafficking in Venezuela. National assembly president Diosdado Cabello is allegedly a leading target of the investigation. (19.05.2015)