Pope Benedict has decided to open all Vatican archives from 1922-1939. The Secret Archives should offer new insight into the Catholic Church's actions in Europe during the rise of Nazism. 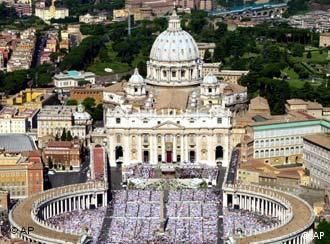 What did the Vatican know about the rise of Nazism in Europe?

The Vatican said on Friday that it will open its central files, known as the Secret Archives, as well as files of its Secretariat of State for the 17-year papacy of Pius XI, who died in 1939.

In a short announcement, it said the opening would "make available for historical research… all documentary sources until February 1939 that are stored in different series of the Archives of the Holy See."

Parts of the archives can already be consulted by researchers but the documents to be made available from September are expected to shed new light on the Vatican's diplomatic activities in the run-up to World War II.

Historians have long pushed the Vatican to open its wartime archives to answer questions about what the Catholic Church knew about the Nazi persecution of Europe's Jews. 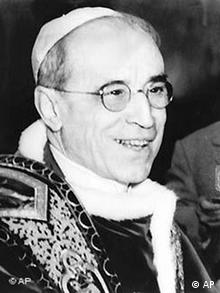 Pius XII's wartime papacy has been attacked by critics

However the archives of the pontificate of Pius XI's successor, Pius XII, whom critics accuse of failing to help the Jews, will remain closed for the time being.

"I welcome the decision to release the documents, but urge the Vatican to do more," Rabbi Marvien Hier, dean of the Simon Wiesenthal Center in Los Angeles, told Reuters.

Heir said that while the new documents would shed light on the Church's activities leading up to the war, it was Pius XII's actions during the war that were of crucial importance.

"We are now 65 years from the events of the Nazi period and there is no reason to withhold those documents from researchers and the public," he said.

For the first time in history, Vatican cardinals met for official talks with German rabbis. Representatives of both religious communities described the meeting as "historic." (March 10, 2006)

One year after the election of Pope Benedict XVI, the Vatican, in a reversal of church doctrine, is prepared to allow the use of condoms to combat AIDS. (April 25, 2006)