The head of Vatican security, Domenico Giani, has resigned amid a finance scandal in the city-state. The resignation follows the leak of information from an investigation into alleged financial wrongdoing. 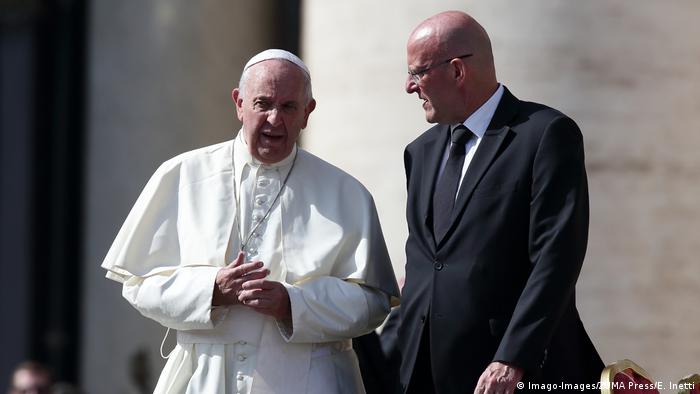 The Vatican on Monday announced that its longtime security chief, Domenico Giani, who is also Pope Francis' main bodyguard, has resigned, shortly after the city-state was thrown into turmoil by the leak of an internal police notice.

It also comes after Giani's staff raided two key Vatican offices — the Financial Information Authority (AIF) and the Secretariat of State — on October 2 as part of an investigation into an international real estate deal.

Vatican sources say the pope has been angered by the leak of an internal police notice bearing pictures of five Vatican employees in a style similar to that of a "most wanted" poster. The notice was given to Vatican guards with the directive to prevent the five from entering because they had been "preventively suspended." The flyer was signed by Giani. 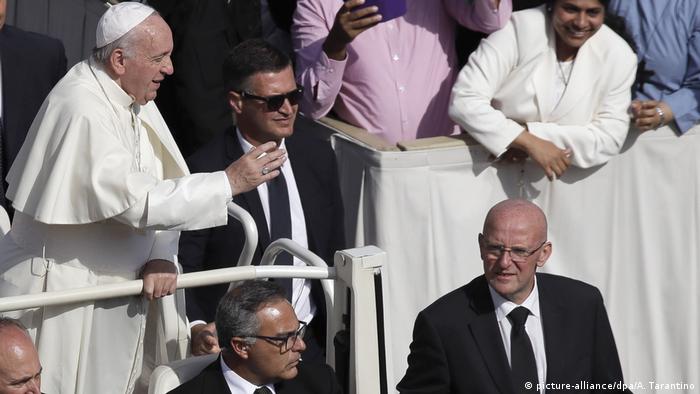 Giani has often been seen at the side of the popemobile

The sources say the pope was concerned at the way the suspended status of the five had been publicly exposed despite no concrete allegations having been laid against them. They include the second-in-charge at the AIF and a monsignor in the Secretariat of State.

The Vatican said Giani bore no responsibility for the leaked flyer, which was printed in the weekly L'Espresso and other Italian media. and had resigned to prevent any disruption to the investigation and "out of love for the church and faithfulness" to the pope.

As the pope's bodyguard, Giani has accompanied the popemobile on foot during hundreds of public appearances and foreign trips.