Less than a week before former Pope John Paul II is to be declared a saint, critics want answers about an abuse scandal involving an order of priests he had championed for years. The Vatican has refuted the claims. 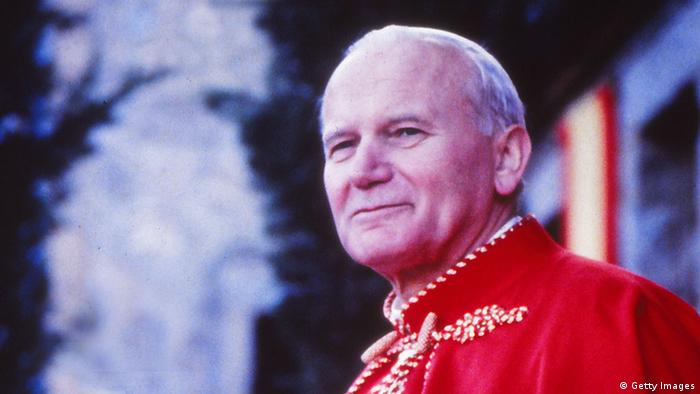 The Vatican dismissed critics' concerns over Pope John Paul's legacy on Tuesday, just days ahead of a highly-anticipated ceremony that will see the beloved pontiff declared saint. The case in question surrounds Legion of Christ founder Marcial Maciel, who was found to have sexually abused both seminarians and children. The order had received strong support from the late pope and his closest advisors, which prompted critics to question whether John Paul II had covered up the scandal during his time at the head of the Catholic Church from 1978 until his death in 2005.

"There is no personal implication of the Holy Father (John Paul II) in this affair," Vatican spokesperson Federico Lombardi told reporters, citing evidence collected while John Paul was being considered for sainthood.

"There is no sign of personal involvement of the Holy Father in this case," Oder said on Tuesday.

The process of canonizing staints includes a lengthy investigation into all aspects of a candidate's life before declaring the individual saint. Not only must investigators gather concrete evidence linking miracles to the person in question, but they must also conclude that he or she lived a holy life in line with Church teachings. This is done by conducting a thorough analysis of his or her writings, recorded statements and known actions.

Revelations of child sex abuse cases across the world have plagued Catholic Church officials in recent years. They have repeatedly come under fire for their handling of previous and current cases.