The Vatican has announced that Popes John Paul II and John XXIII will be declared saints on April 27, 2014. The chosen date for the canonizations marks the first Sunday after Easter. 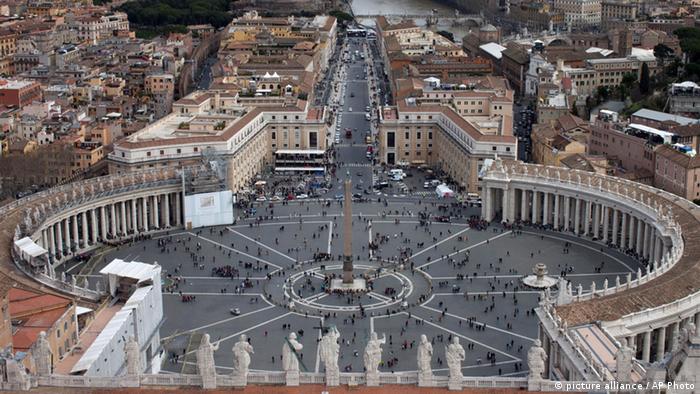 Two of modern-day Catholicism’s most influential figures, the late John Paul II and John XXIII, are to be proclaimed saints on April 27, 2014, Pope Francis announced Monday.

Francis had announced in July that he would canonize the influential popes as the same time. The canonizations in April are expected to bring hundreds of thousands of pilgrims to the Vatican.

"John XXIII is generally a hero to the church's progressive wing while John Paul II is typically lionized by Catholic conservatives," said John Allen, from the National Catholic Reporter, a US weekly.

Sainthood normally requires two "confirmed" miracles, but Francis has approved the canonization of John XXIII, the Italian-born Angelo Giuseppe Roncalli, based on just one event deemed miraculous - the reported healing of a nun who had severe internal hemorrhages, which was attributed to him when he was beatified in 2000.

John Paul II was credited with his first miracle just six months after his death in 2005, when a French nun said she had been cured, through prayer, of Parkinson's disease, which the pope had also suffered from.

His second miracle was reportedly carried out on a woman in Costa Rica, who said she was healed from a serious brain condition by praying for late John Paul's intercession on the same day he was beatified in 2011.

Pope Francis interview heralds change of tone by the Vatican

An interview by Pope Francis has been heralded as a dramatic change in tone in the Vatican’s approach to divisive doctrines. He urged that the Catholic Church break its "obsession" with divorce, gays and abortion. (20.09.2013)

John Paul II, born Karol Wojtyla, was pope from 1978 to 2005, and is best remembered for his charisma and his role in helping to topple communist rule in Eastern Europe, starting with his home country of Poland.

John XXIII served from 1958 to until his death in 1963 and led the Catholic Church towards major reforms by opening the Second Vatican Council in 1962, which overhauled the religion's rituals and doctrines and reached out to other faiths.

Comparisons are often drawn between the late John XXIII and Pope Francis, the current head of the Roman Catholic Church, for their similar pastoral attitudes and the promise of a "poor church for the poor."

On Tuesday, Pope Francis is due to begin three days of talks with an advisory board of eight cardinals he has appointed to help him reform the troubled Roman Curia - the intrigue-filled papal administration - and improve communication between the Vatican and local churches.