The Vatican has denied reports that Cardinal Gerhard Ludwig Müller has been involved in financial irregularities. The German cardinal is one of the Catholic church's most important figures. 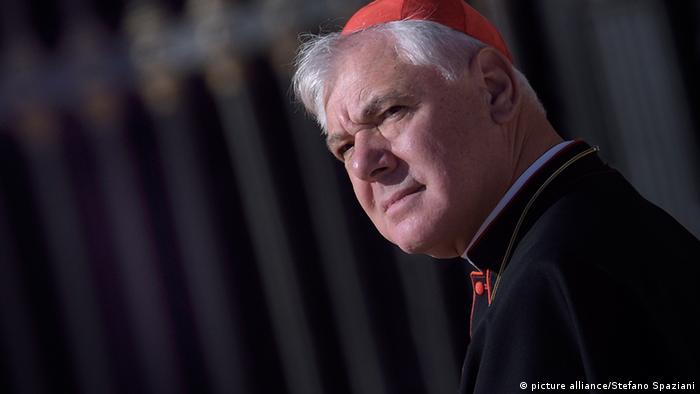 The Vatican has denied reports that Cardinal Müller was involved in financial irregularities at the Congregation for the Doctrine of the Faith, which is under investigation by financial authorities.

Vatican spokesman Father Federico Lombardi confirmed on Wednesday that investigations were being carried out in the department but denied Müller's involvement in any wrongdoing. "The Superiors of the Dicastery, especially Cardinal Müller ... have absolutely nothing to do with the affair," Lombardi added.

The Mainz-born Cardinal Müller is the Vatican's Prefect of the Congregation for the Doctrine of the Faith, the watchdog of orthodoxy in the church.

The report in the German Bild newspaper had claimed a new scandal had shocked the Vatican with the German Cardinal Müller, one of the Catholic Church's most important figures and a trusted ally of Pope Francis, at the center of it.

Bild claimed investigators carried out a raid at the office and confiscated 20,000 euros ($21,976) in cash which had been paid by dioceses around the world for the investigation of sexual abuse cases. The newspaper claimed the funds had been used by the cardinal for private and business expenses.

"Some irregularities were detected some time ago in the bursar's office of the Congregation for the Doctrine of the Faith," but "necessary action" had already been taken six months ago, Lombardi said in a written statement.

Bild had also claimed the Cardinal had refused to hand over documents which led to the raid on his offices.

Some 270 Roman Catholic bishops are due to vote on a document to better minister to Catholic families. As the synod comes to an end, it appears unlikely they will back any major changes regarding homosexuals and divorce. (24.10.2015)

Pope Francis has announced his first appointees as cardinals since taking office last year. Most of the new cardinals will be eligible to elect his successor. (12.01.2014)