Vancouver scrubbed its streets and invested billions in hopes the 2010 Winter Olympics would bolster long-term prosperity. But experience shows many past Olympics have been financial disasters for their host cities. 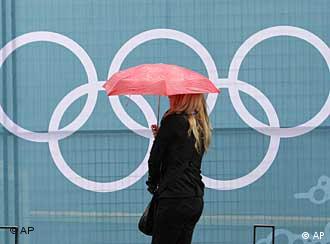 The Olympics will cost Vancouver much more than anticipated

Canadians rejoiced back in 2003 when Jacques Rogge, president of the International Olympic Committee, announced Vancouver had been chosen to host the 2010 Winter Olympics. Among promises made by the Canadian government and the Olympic Committee were some $9.6 billion (7 billion euros) in profits, thousands of new jobs and a boost to the tourism sector.

Gordon Campbell, premier of British Columbia, where Vancouver is located, announced as early as January 2009 that preparations for the Olympics were "complete and ready to go" and "came in on-budget."

"The Olympics from British Columbia and Canada's perspective is actually one of those economic stimulants that actually helps us move through and keep jobs," he told the Canadian Broadcasting Corporation.

In reality though, the cost of preparing for the 2010 Winter Olympics had far exceeded its budget. That fact came to light weeks after Campbell's televised statements.

It was hardly surprising, as cities like Montreal, Athens and London spent more than they had planned on preparations for their own Olympic Games. 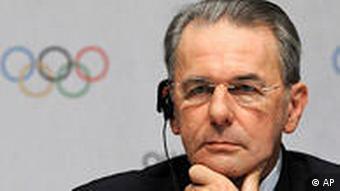 Jacques Rogge is president of the International Olympic Comittee

The Vancouver Games will cost $4.6 billion more than they are expected to generate in profit. Expenses calculated to be $1.5 billion have since ballooned to $5.6 billion. And recent studies indicate the Canadian government will reap only about $1 billion in profits as compared to the previously estimated $9.6 billion.

Many experts agree that reasons for the discrepancy include the financial crisis and miscalculations on the part of the Canadian government and Vancouver's Olympic Committee.

Despite the pessimistic predictions, representatives of the city administration continue to maintain that the Olympics will have positive long-term effects.

Ahead of the games, Wendy Underwood of the Greater Vancouver Visitors and Convention Bureau emphasized the likely positive fallout of the event.

"For the last five years, we've obviously seen a lot of construction and building and development within the city," she said.

"We have two weeks of games. After that, we're actually left with a lot of infrastructure that we didn't have before, a lot of improvements in the city, and on top of that there is the elevated profile we have around the world thanks to the three billion people who watch the Olympic Games on television," Underwood added. 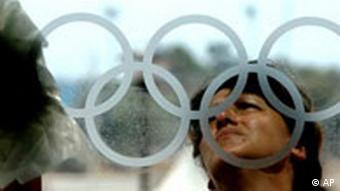 Although the tourism boom hoped for in Vancouver has not materialized, the city certainly won't be the first to be left with billions in debt after Olympics Games have come and gone. Athens was faced with a 7 billion euro debt after hosting the 2004 Summer Olympics, and Montreal took until 2002 to pay off its 1976 Summer Olympics costs.

"There's no denying that they'll have a modest impact both to GDP and to employment. The question then is, is it worth the $6 billion price tag," Klein said, adding: "If you'd spent $6 billion doing something else, how much more of a GDP and employment boost would you have gotten? I think it's pretty clear that we would have gotten more long-term impacts if the same amount of money was spent another way."

Chris Shaw, a doctor and anti-Olympics activist, says Vancouver will have nothing to show after the games, except for a mountain of debt.

"We're all going to be paying for it for the rest of our lives," he said.

"You can argue there are benefits in terms of pride and putting your city in the spotlight and the warm fuzzy stuff that people feel, but it's not worth all the immediate costs and it's certainly not worth the opportunity costs," Shaw added.

He believes budgets for medical research and social and cultural programs in Vancouver will eventually be slashed due to expenses associated with the Olympics.

If current trends are any indicator, he's right: the government of British Columbia decided at the end of last year to spend $330 million less on medical care, and one regional budget for arts and culture was cut by 80 percent.

Germany looking to repeat past glory as Winter Olympics open

The Winter Olympics - overshadowed by the death of Georgian luger Nodar Kumaritashvili - have opened in Vancouver as Germany gears up for another competition full of golden glory. (13.02.2010)

Sports merchandise is one of the few industry sectors that have been generating profits lately. Hype surrounding the Winter Olympics and the upcoming soccer World Cup has fueled enthusiasm for the industry's products. (12.02.2010)

German carmaker BMW has been unveiled as the automotive partner of the London 2012 Olympics. The car company will provide a fleet of vehicles to help shuttle around athletes, officials and media during the Games. (18.11.2009)

Canadian police say several homeless individuals were targeted in a shooting spree in Langley, British Columbia. Residents were told to "stay alert" and avoid the scene.

German speed skater Claudia Pechstein, an Olympic champion, has qualified for her eighth Winter Olympics. The Berliner is 49.